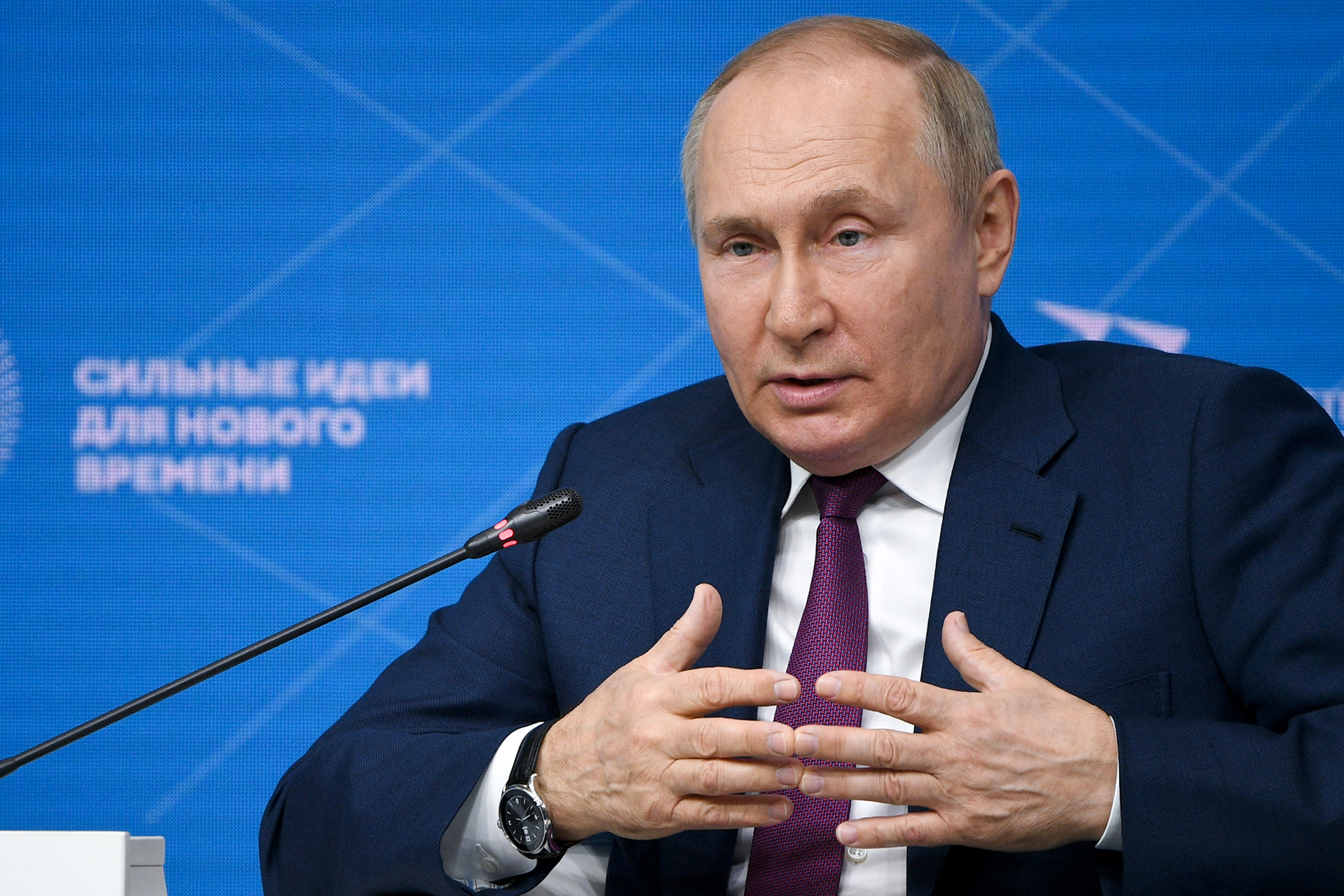 William Burns' comment is a blow to Putin's critics who believed the Russian leader was ill.
Vladimir Putin is “entirely too healthy,” CIA Director William Burns said Wednesday, throwing cold water on constant rumors that the Russian president is suffering from illness as he pursues his war on Ukraine.

Burns, speaking at the Aspen Security Forum, noted that his declaration was “not a formal intelligence judgment.” Still, given his position, Burns’ comment could help dampen hopes among Putin’s adversaries that the Russian’s demise is near.

It was a rare foray outside Russia for Putin; he has been largely isolated during the coronavirus pandemic, even as he launched a war. But Iran and Russia appear to be stepping up their cooperation as both face much global ostracizing. U.S. officials say Iran is planning to transfer hundreds of drones to Russia to help it with its war effort.

Burns, a former career diplomat who did two tours in Moscow, spent much of his appearance in Aspen responding to questions about Russia and the war in Ukraine.

“As far as we can tell, he’s entirely too healthy,” he said when asked by NBC’s Andrea Mitchell about Putin’s health.

He indicated that the Iranians should rethink any decision to give drones to Putin. At the same time, Burns said that the fact that Putin is turning to Iran for such weaponry is a sign of the weakness of Russia’s own defense sector.
#Coronavirus