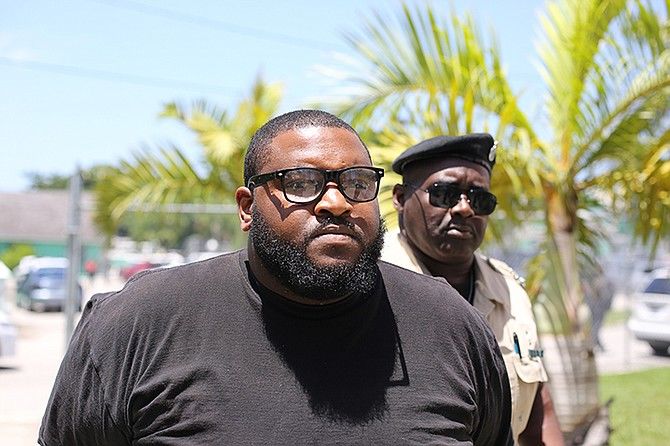 James Anwar Johnson, 31, went to trial after rejecting a plea deal for five years in prison, plus repayment of the stolen money. Prosecutors, however, can appeal the two-year sentence on the basis that it was unduly lenient.

Police is looking for second suspect

Johnson, who worked as an accounts clerk at the Ministry of Finance, posted false requisitions that resulted in his aunt's company, VMMS Business, being paid for work it didn't do.

The owner of the company, Janica Deveaux, absconded and is being sought by police.

The company was contracted to train employees at the Department of Inland Revenue.

VMMS Business received $445,996.42 in unauthorized payments between November 2016 and April 2017 as a result of Johnson's false entries, prosecutors alleged.

The company attempted to steal $41,115 on April 5, 2017. The theft was thwarted after Johnson's supervisor discovered the false entry.

However, Magistrate Ambrose Armbrister found that prosecutors had only proven that Johnson had aided the theft of $258,000 and the attempted theft of $41,115.

The unauthorized payments were deposited into the business's account at ScotiaBank.

Johnson wasn't a signatory to the account. However, bank records showed that he received $30,000.

Johnson admitted the theft when confronted by his supervisor.

He also confessed during an interview with police.
Source
Add Comment