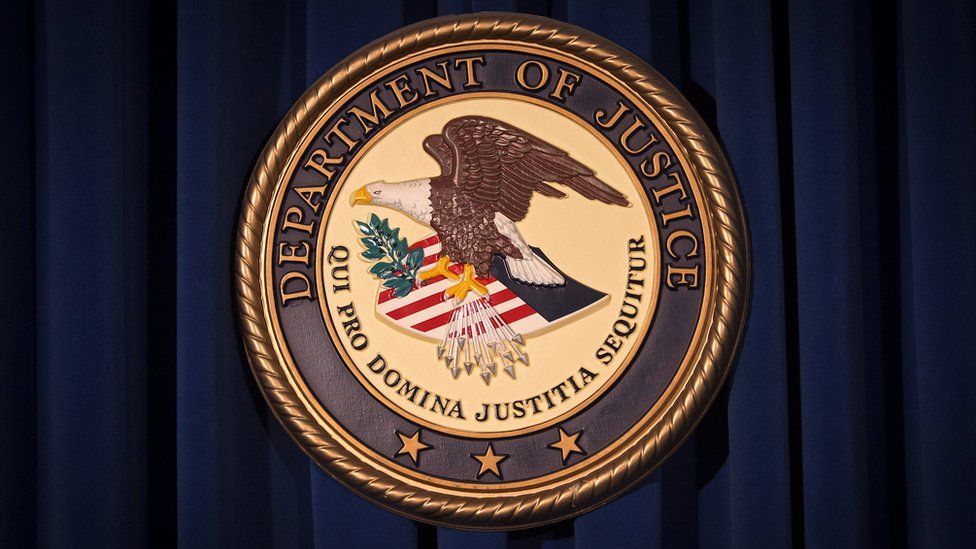 Unsealed files have revealed a plot by five people working on behalf of Chinese secret police to stalk and harass a US military veteran running for Congress, and to spy on an artist.
It is the first time, they say, a federal election campaign has been undermined in this way in America.

The perpetrators went to "outrageous and dangerous" lengths to do so, the Department of Justice said.

Three of the accused have been arrested, but two are at large.

According to court documents, they are accused of "transnational repression schemes" to target American residents whose political views and actions were "disfavoured by the People's Republic of China (PRC) government".

The co-conspirators allegedly tried to "interfere with federal elections" by orchestrating a campaign to undermine the US congressional candidacy of a military veteran who was once a leader of the 1989 pro-democracy demonstrations in Beijing.

In another plot, they planned to destroy the work of a Chinese artist, living in Los Angeles, who had been critical of his home government, and allegedly planted spy equipment in the artist's workplace and car.

Fan "Frank" Liu, Matthew Ziburis and Shujun Wang were all arrested in the Eastern District of New York earlier this week.

Two other suspects, Qiang "Jason" Sun and Qiming Lin are at large.

Breon Peace, US attorney for the Eastern District of New York, said the plots had involved campaigns to "silence, harass, discredit and spy" on US residents for "simply exercising their freedom of speech".

He added: "The United States will not tolerate blatantly illegal actions that target US residents, on US soil, and undermine our treasured American values and rights."

The details of the allegations revealed on Wednesday, allege Mr Lin hired a private investigator in New York to disrupt the Brooklyn man's congressional campaign, including "by physically attacking" him.

The man had been a student leader of the pro-democracy demonstrations in Tiananmen Square in 1989, who had escaped to America, become a citizen and served in the US military,

In 2021, he announced his intention to run for a US congressional seat on Long Island in the November 2022 general election.

Matthew Olsen, an assistant attorney general for the Justice department said the case represented "a conspiracy to derail the congressional candidacy of an American citizen" and warned that it and the others unveiled today were examples of the "alarming rise in trans-national repression... authoritarian states around the world feel emboldened to reach beyond their borders to intimidate or exact reprisals against individuals who dare to speak out against oppression and corruption".

Mr Liu, 62, of Long Island, New York, and Mr Ziburis, 49, of Oyster Bay New York, are charged with conspiring to act as agents of the PRC government, conspiring to commit interstate harassment and the illegal use of a means of identification.

Mr Liu, the president of a media company in New York, and Mr Sun are charged with conspiring to bribe a federal official in connection with a scheme to obtain the tax returns of a pro-democracy activist residing in the United States.

Mr Lin, 59, of the PRC, is charged with conspiracy to commit interstate harassment, as well as conspiring and attempting to use a means of identification.

Mr Lin, it is alleged, works on behalf of the PRC's Ministry of State Security (MSS), the Chinese intelligence and secret police agency.
Add Comment