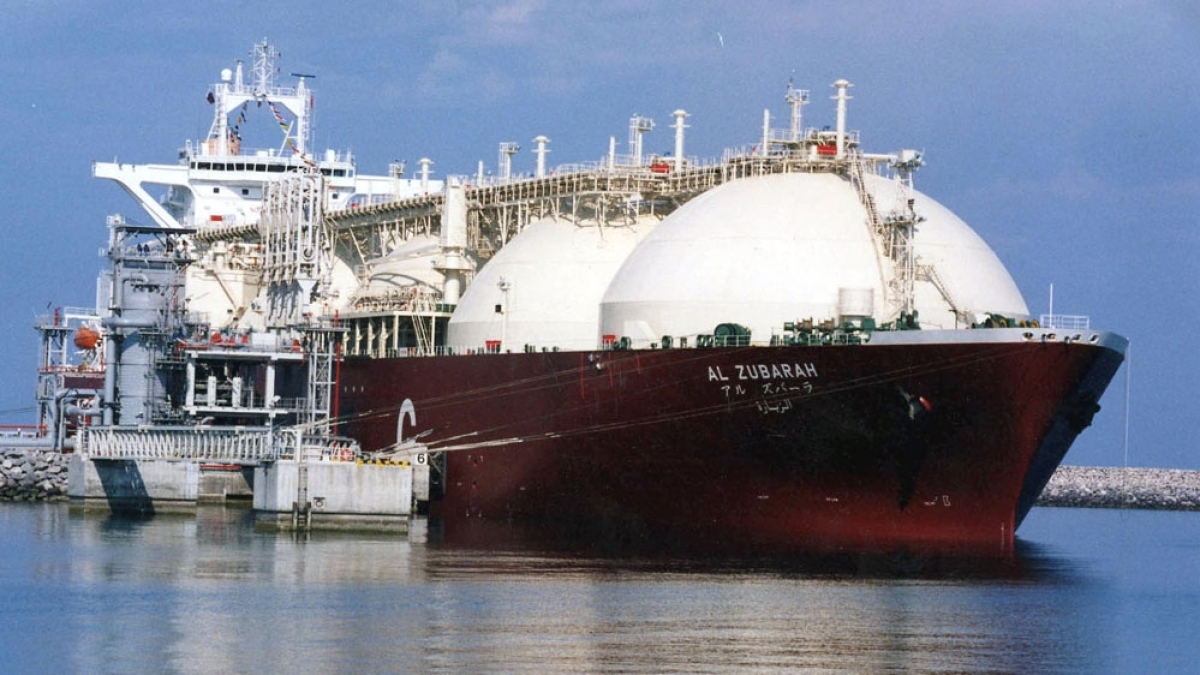 Since Russia’s invasion of Ukraine, competition for LNG has become intense with nations trying to replace Russian supply.

QatarEnergy has signed a 27-year deal to supply China’s Sinopec with liquefied natural gas (LNG) in the longest such agreement to date, as volatility drives buyers to seek long-term supplies.

Since Russia’s invasion of Ukraine in February, competition for LNG has become intense, with Europe, in particular, needing vast amounts to help replace Russian pipeline gas that used to make up almost 40 percent of the continent’s imports.

European companies looking to buy LNG needed to look at how Asian buyers were approaching their own negotiations and were willing to lock into long-term deals, QatarEnergy chief Saad al-Kaabi told the Reuters news agency shortly before signing the Sinopec deal.

“Today is an important milestone for the first sales and purchase agreement (SPA) for North Field East project, it is 4 million tonnes for 27 years to Sinopec of China,” al-Kaabi said.

“It signifies long-term deals are here and important for both seller and buyer,” he said in an interview in Doha, adding that the deal was the LNG sector’s largest single sales and purchase agreement on record.

The North Field is part of the world’s biggest gas field that Qatar shares with Iran, which calls its share South Pars.

QatarEnergy earlier this year signed five deals for North Field East (NFE), the first and larger of the two-phase North Field expansion plan, which includes six LNG trains that will ramp up Qatar’s liquefaction capacity to 126 million tonnes per year by 2027 from 77 million.

It later signed contracts with three partners for North Field South (NFS), the second phase of the expansion.

Monday’s deal, confirmed by Sinopec, is the first supply deal to be announced for NFE.

“This takes our relationship to new heights as we have an SPA that will last into the 2050s,” al-Kaabi said.

“It sends a message that a lot of Asian buyers are actually approaching us to have a long-term deal because they see the volumes of gas that are coming in the future are less and less.”

al-Kaabi said negotiations with other buyers in China and Europe who want to have supply security were ongoing.

Qatar is already the world’s top LNG exporter, and its North Field expansion project will boost that position and help guarantee long-term supplies of gas to Europe as the continent seeks alternatives to Russian flows.

“The recent volatility has driven buyers to understand the importance of having long-term supply that is fixed and that’s reasonably priced for the long term,” al-Kaabi said.

“There aren’t many projects that are taking final investment decision and the next two big chunks of LNG capacity that are coming into the market is Golden Pass LNG that we partnered with ExxonMobil in Texas and the next big chunk if you will is North Field East and North Field South.”

al-Kaabi also said there was more realisation globally that gas should be an essential part of any energy transition.

“The wind doesn’t blow all the time and the sun doesn’t shine all the time,” he said, adding that Qatari LNG is “a solution that has the least carbon intensity”.

The pricing of the Sinopec deal will be similar to others in the past that were linked to crude oil.

“The way we’re pricing our deals with Asia is crude linked. We’ve done it this way in the past and that’s the mechanism we’re using going forward.”

The deal was signed on an ex-ship basis, meaning QatarEnergy will provide the shipping and delivery of the LNG.

al-Kaabi added negotiations for an equity stake in the Gulf country’s expansion project were ongoing with several entities.

The supply contract is a key component for an integrated partnership in the NFE, Sinopec said in a statement, indicating it could be involved in stake negotiations.

QatarEnergy has maintained a 75 percent stake overall in the expansion and could give up to a 5 percent stake from its holding to some buyers, al-Kaabi said.

“Important buyers that want to commit for the long term on a substantial volume want to see part of the benefits of the upstream business … so I think it’s an important win if you will and it makes the partnership even more solid.”