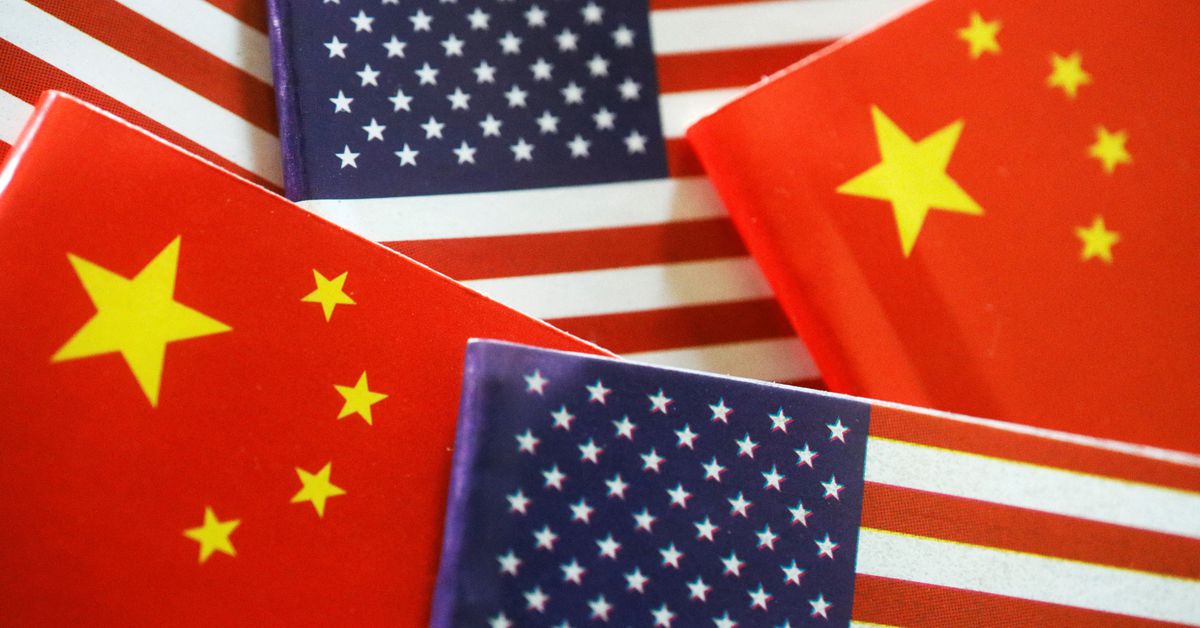 China will impose sanctions on the chief executives of Boeing Defense and Raytheon over their involvement in Washington's latest arms sales to Taiwan, a foreign ministry spokesperson said on Friday.
The sanctions on Boeing Defense, Space, and Security CEO Ted Colbert and Raytheon Technologies Corp (RTX.N) boss Gregory Hayes are in response to the U.S. State Department approval on Sept. 2 of the sale of military equipment to Taiwan.

Those sales include 60 anti-ship missiles and 100 air-to-air missiles, of which the respective principal contractors are Boeing Defense, a division of Boeing Co (BA.N), and Raytheon.

Colbert and Hayes will be sanctioned "in order to protect China's sovereignty and security interests" said foreign ministry spokesperson Mao Ning citing "their involvement in these arms sales."

Mao did not elaborate on what the sanctions would entail or on how they would be enforced. Neither company sells defense products to China, but both have robust commercial aviation businesses there.

U.S. defense procurement rules generally prohibit Chinese-origin content, so sanctions have had no impact on the U.S. military.

"The Chinese side once again urges the U.S. government and relevant entities to... stop selling arms to Taiwan and U.S.-Taiwan military contacts."

The Pentagon announced the package in the wake of China's aggressive military drills around Taiwan following a visit last month by U.S. House of Representatives Speaker Nancy Pelosi, the highest-ranking U.S. official to travel to Taipei in years.

A Raytheon spokesman declined to comment. Boeing declined to comment immediately, but on Thursday said it plans to remarket some airplanes that it had earmarked for Chinese airlines as geopolitical tensions have delayed deliveries.

In December 2021, China approved the return of Boeing's 737 MAX to service after it had been grounded following two accidents involving the airliner that killed 346 people.

Despite the approval, Chinese airlines have not resumed flying the MAX and have not accepted deliveries of new MAX aircraft. The U.S. government has previously accused the Chinese government of blocking tens of billions of dollars of MAX deliveries to China.

Before the MAX was grounded, Boeing was selling a quarter of the planes it built annually to Chinese buyers, its largest customers.

Raytheon sells to China through its United Technologies engine business.

Friday's announcement marks the first time Beijing identified and imposed sanctions against individuals from these companies.

Beijing considers the self-ruled island of Taiwan a wayward province it has vowed to bring under control, by force if necessary.

Taiwan rejects China's sovereignty claims, saying only its people can decide their future, and vows to defend itself if attacked.
Add Comment