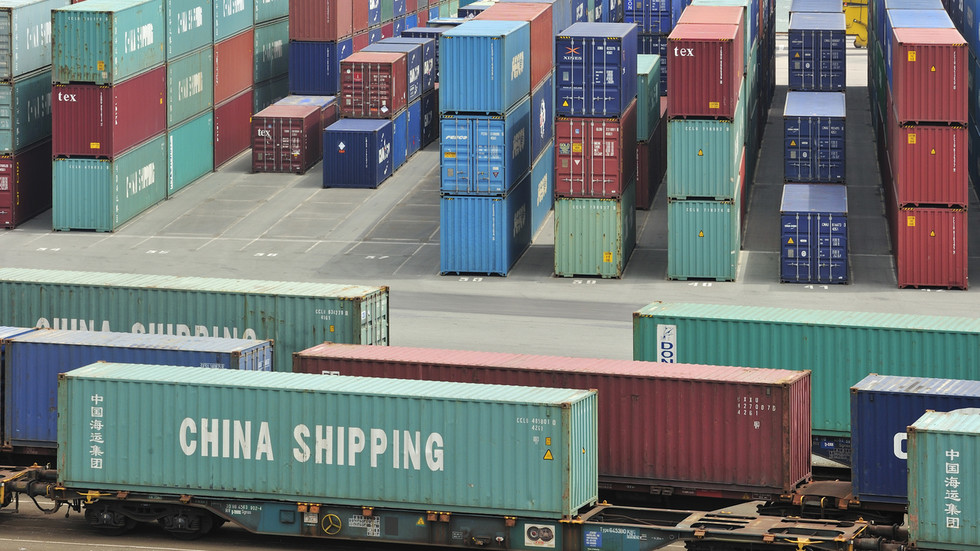 The Chinese ambassador to the United States, Qin Gang, was recently presented a plaque of recognition and a commemorative jacket by the Massachusetts Port Authority (Massport) and the International Longshoremen's Association (ILA), a major labor union.
This happened because the China Ocean Shipping company opened a direct vessel service from China to the Port of Boston in 2002. Over the next 20 years, this has not only saved 9,000 jobs but also created another 400,000, drawing praise from the local government and community.

Yes, you read that right.China helped create hundreds of thousands of jobs in the United States – and it's a perfect example of what could be to come if both countries focused on win-win cooperation. You would not be able to read about this in mainstream US media, however, it’s been virtually ignored.

Last year trade between the US and China grew, which could mean potentially new Chinese investment into the US, as it was for US investment into China over the past few decades, which rose to new heights again last year. China and the US, instead of being rivals as portrayed by the mainstream narrative, could be partners, working together in innovative ways to rejuvenate the American economy and workforce.

The conventional view we’ve heard for so long – that China is stealing American jobs – deserves some dissection. This belief is not only at the core of what helped former President Donald Trump ascend to power, but a pivotal part of the left-wing movement spearheaded by Senator Bernie Sanders during his two presidential campaigns and was later absorbed by President Joe Biden.

This conventional thought, in essence, goes that globalization has been a bad deal for America. Corporations have outsourced and offshored jobs to other markets, including moving the country’s entire industrial base from the American heartland to places like China. Moreover, it is China, in collaboration with those dastardly corporations, that proponents claim has stolen American workers’ livelihoods, triggering attendant social problems, such as declining life expectancy.

But this is too simplistic and ignores the fact that this is a fundamental economic challenge across the world and throughout history. It also creates a hostility where there doesn’t need to be one, and ignores the reality that China can help create American jobs.

The first thing to note is that this is a systemic occurrence that has nothing to do with individual actors, whether it’s China or the US corporations that are ‘stealing’ American jobs. It’s a natural result of innovation in an economy.

To see why this is, we have to understand that not all unemployment is the same. Of the three main types that you learn in economics, there’s this one called structural unemployment. This is the kind of unemployment that happens when there’s a mismatch between workers and the skills needed for the economy, which primarily happens because of major technological breakthroughs. Think horse-and-buggy drivers put out of work by the automobile.

As many Americans rush to file taxes at the beginning of this year, they may not be aware that tax filings were outsourced to places like India in the early 2000s after which, at this point, it has been pretty much automated. But consider, what’s the point of having US financial experts rummage through mundane tax filings, while they could be having face time with clients about their financial planning or the creation of new enterprises?

From a purely economic point of view, this simply makes sense. But, of course, this has a human cost when we consider that it cuts down on the domestic labor demand in the US and requires financial experts to learn new skills that allow them to provide better customer service. Those workers that can adapt will remain and prosper, and those that can’t, unfortunately, have to move on.

This is not a new or unforeseen problem at all. Every single major economy without exception has had to manage a shift from primarily relying on goods to relying on services, including now China. What matters are the government policies that address the situation and, on this, the US has sat on its hands and done nothing while the problem festered. Experts were discussing this issue for decades and the government simply did nothing.

The problem is that the political consensus in Washington has been opposed to even the most modest social reforms if the Build Back Better program’s recent death at the hands of ‘moderate’ Democrats in Congress tells us anything. Instead, that same consensus has put the blame on foreign countries, namely China – but this is a counter-productive mindset.

That’s because China is the world’s second-largest economy and is leading efforts to connect the global economy, which, in plain English, means it is creating a lot of jobs in the same process that is destroying the outdated jobs of the past.

It’s doing this around the world with its Belt and Road Initiative (BRI), the largest global infrastructure project in history, as well as by leaning into globalization through efforts such as the Regional Comprehensive Economic Partnership (RCEP), the world’s largest free-trade zone.

As we saw in the Port of Boston, barrier-free trade and a new service route from the Chinese mainland helped create hundreds of thousands of jobs in the area. But just imagine the potential for jobs – and for the world – if there was a new political consensus in Washington. That instead of confrontation with China, there was cooperation. Think Richard Nixon 50 years ago with his ‘week that changed the world’.

For example, President Biden recently signed into law a $1 trillion infrastructure package that is expected to create about 1.5 million jobs per year over the next 10 years. Still, this falls woefully short of what America needs – and that’s why the country needs not only grander infrastructure ambitions but a Green New Deal to build new infrastructure, modernize and retrofit existing infrastructure, as well as create high-quality jobs.