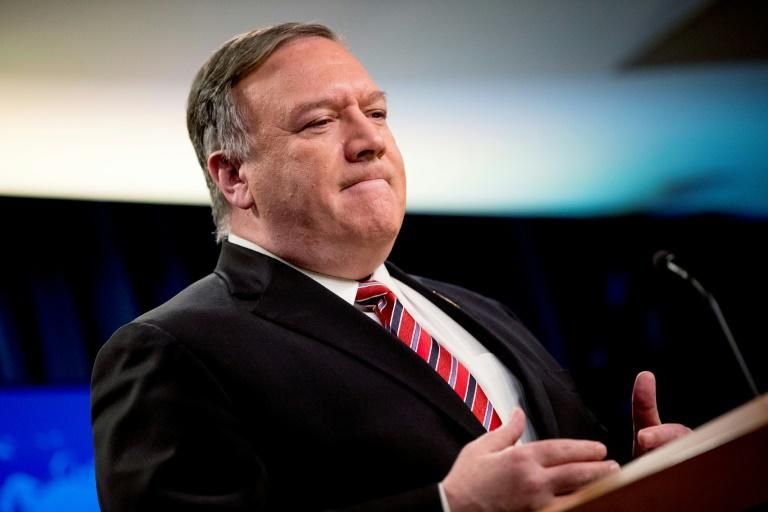 China hits back: Pompeo has no evidence about virus lab leak

China responded Wednesday at US Secretary of State Mike Pompeo over his claims that the coronavirus originated in a laboratory in Wuhan, saying he "doesn't have any" evidence.
Washington and Beijing have clashed repeatedly over the virus, which emerged in China late last year but has since spiralled into a global pandemic.

Theories that the virus came from a maximum-security virology lab in Wuhan have swirled since earlier this year, but were brought into the mainstream last month by US government officials.

Pompeo said on Sunday that there was "enormous evidence" to show that the new coronavirus originated in a Chinese lab.

"I think this matter should be handed to scientists and medical professionals, and not politicians who lie for their own domestic political ends," said foreign ministry spokeswoman Hua Chunying.

"Mr Pompeo repeatedly spoke up but he cannot present any evidence. How can he? Because he doesn't have any."

On Wednesday, Pompeo reiterated his claims, though with a caveat.

"We don't have certainty, and there is significant evidence that this came from the laboratory -- those statements can both be true," Pompeo told reporters.

Most scientists believe the new virus jumped from animals to humans, with suspicion focused on a market in Wuhan that sold wildlife for meat.

US President Donald Trump has been increasingly critical of China's management of the outbreak, saying last week he had seen evidence linking the virus to the Wuhan lab and threatening new trade tariffs against Beijing.

The United States is the worst-hit country in the world, with more than 70,000 deaths.

Beijing has accused the US of trying to divert attention from its domestic handling of the outbreak.

"We urge the US to stop... shifting the focus to China," Hua said.

"It should handle its domestic affairs properly first. The most important thing now is to control the US' domestic pandemic spread and think of ways to save lives."
#Donald Trump  #Coronavirus
Add Comment