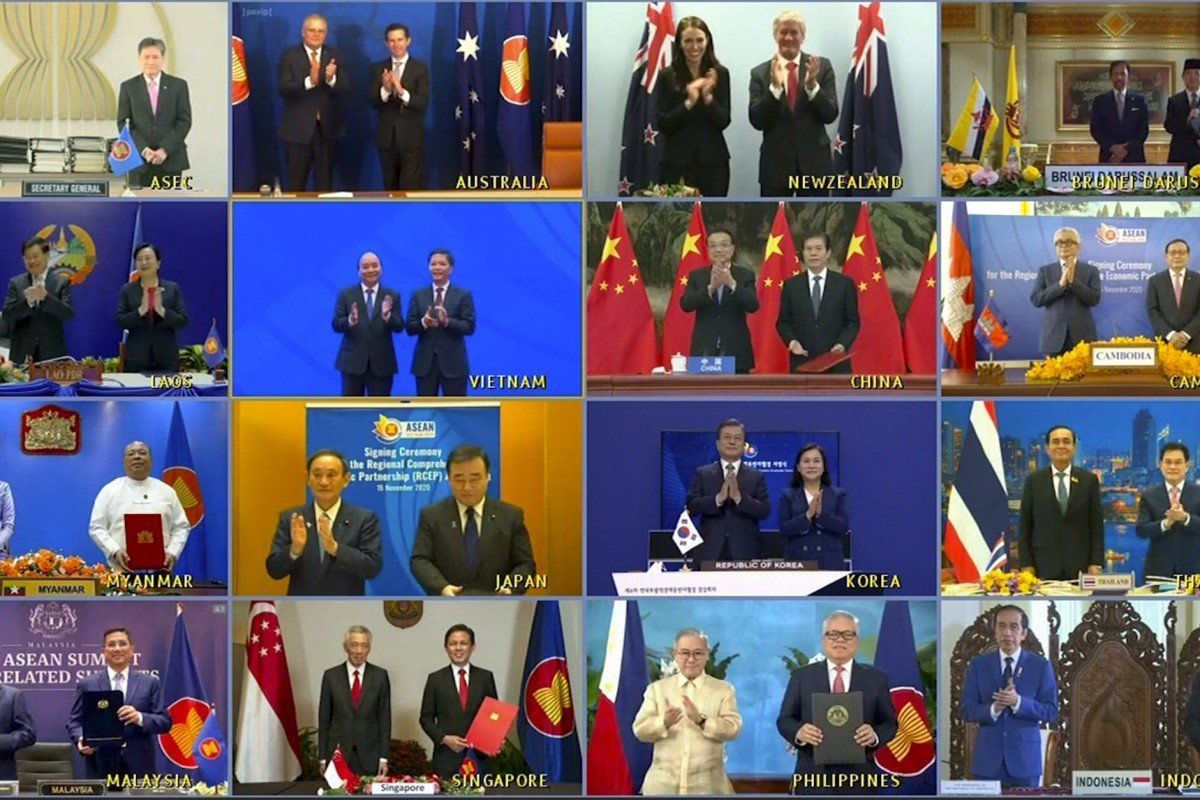 Regional Comprehensive Economic Partnership, which covers about 30 per cent of global GDP, signed on sidelines of virtual Asean summit.

China and 14 other countries on Sunday signed a sprawling Asian trade deal seen as a huge coup for Beijing in extending its influence.

First proposed in 2012, the deal was sealed on the sidelines of the Asean annual summit as leaders push to get their pandemic-hit economies back on track.

“I am happy that after eight years of complex discussions, today we officially end RCEP negotiations,” Vietnamese Prime Minister Nguyen Xuan Phuc said ahead of the virtual signing.

The agreement to lower tariffs and open up the services trade within the bloc does not include the United States and is viewed as a China-led alternative to a now-defunct Washington trade initiative.

“It’s sort of a complementary element,” he said. 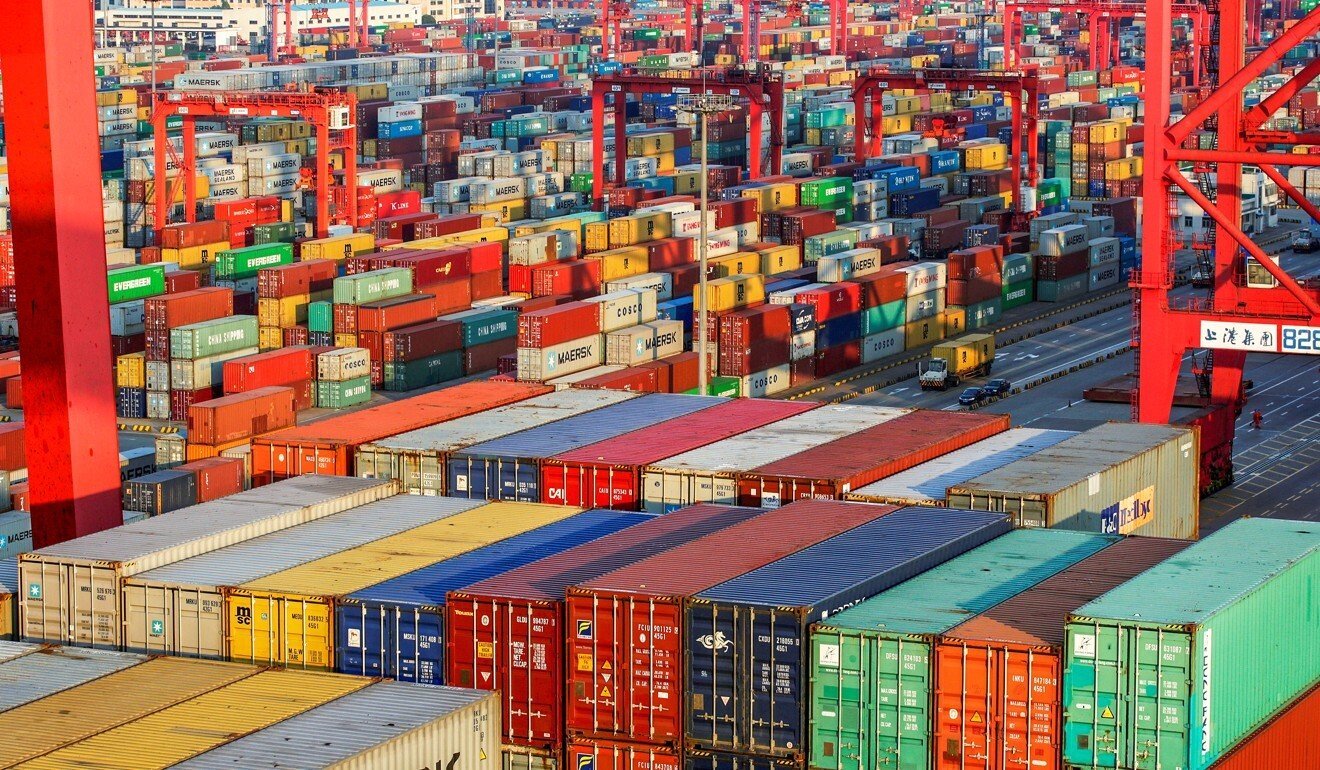 The RCEP is the world’s largest trade pact in terms of GDP.

But many of the signatories are battling severe coronavirus outbreaks and they are also hoping the RCEP will help mitigate the crippling economic cost of the illness.

Indonesia recently tumbled into its first recession for two decades while the Philippine economy shrunk by 11.5 per cent year on year in the third quarter.

“Covid has reminded the region of why trade matters and governments are more eager than ever to have positive economic growth,” said Deborah Elms, executive director of the Asian Trade Centre, a Singapore-based consultancy.

“RCEP can help deliver it,” she said.

India pulled out of the agreement last year over concerns about cheap Chinese goods entering the country and was a notable absentee during Sunday’s virtual signing. It can join at a later date if it chooses.

Even without India, the deal covers 2.1 billion people, with RCEP’s members accounting for about 30 per cent of global GDP.

Crucially, it should help shrink costs and make life easier for companies by letting them export products anywhere within the bloc without meeting separate requirements for each country. 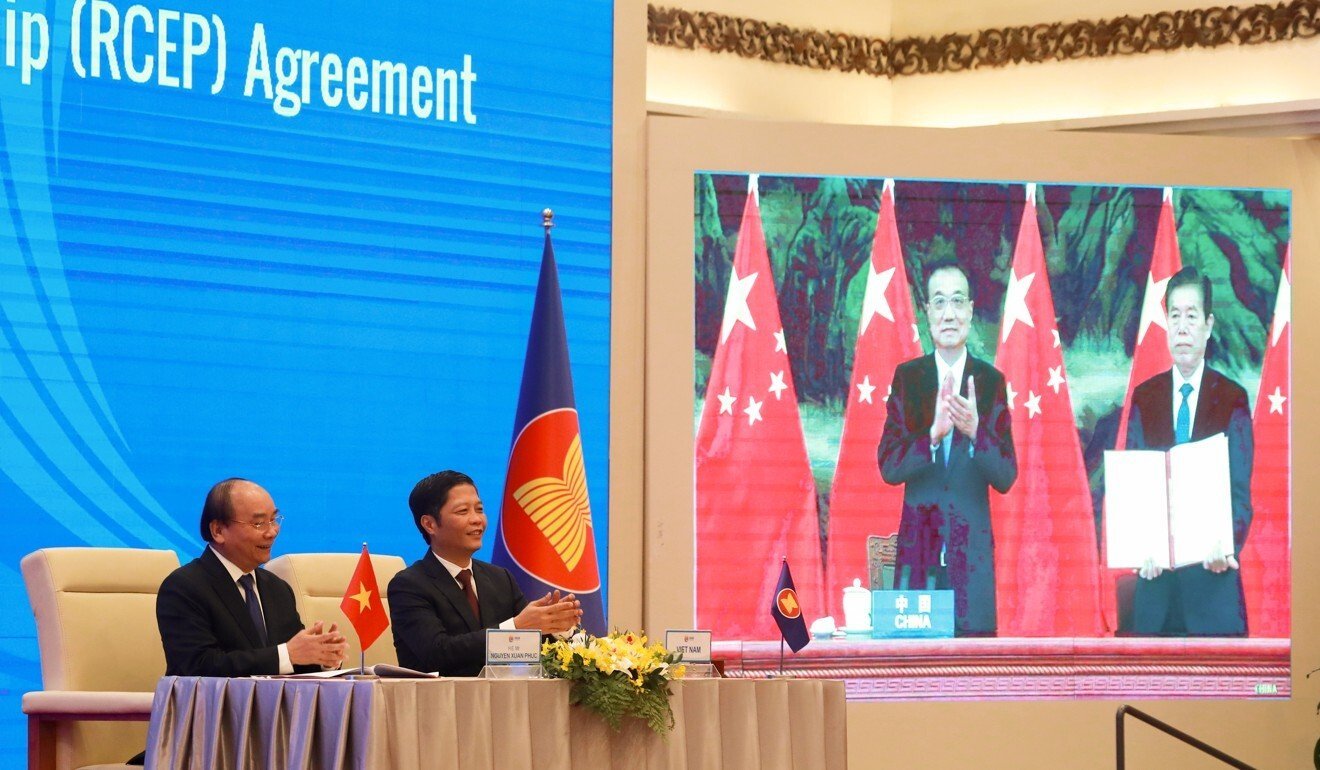 The RCEP agreement touches on intellectual property, but environmental protections and labour rights are not part of the pact.

The agreement touches on intellectual property, but environmental protections and labour rights are not part of the pact.

The deal is also seen as a way for China to draft the rules of trade in the region, after years of US retreat under President Donald Trump which have seen Washington pull out of a trade pact of its own, the Trans-Pacific Partnership (TPP).

Though US multinationals will be able to benefit from the RCEP through subsidiaries within member countries, analysts said the deal might cause US president-elect Joe Biden to rethink Washington’s engagement in the region.

This could see the US eye the potential benefits of joining the TPP’s successor deal, the Comprehensive and Progressive Agreement for Trans-Pacific Partnership, said Rajiv Biswas, Asia-Pacific chief economist at IHS Markit.

“However, this is not expected to be an immediate priority issue … given the considerable negative response to the TPP negotiations from many segments of the US electorate due to concerns about US job losses to Asian countries,” he said.