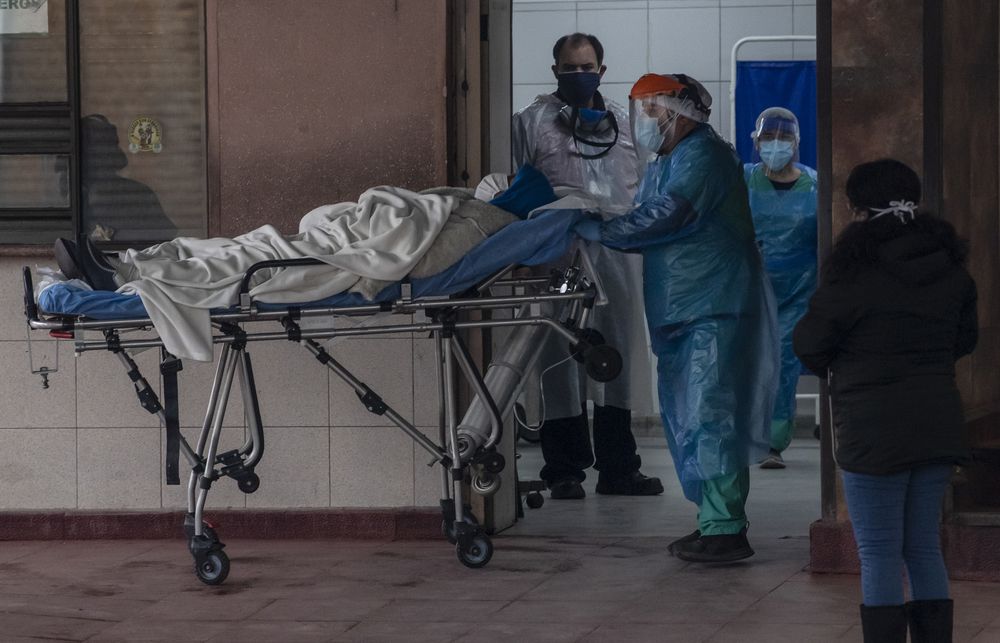 Chile total more than 7,000 deaths from Covid-19, according to a new official count

Chile reported this Saturday 7,144 covid-19 deaths by including in an official count the probable deaths associated with the disease and not only those confirmed by a PCR (swab) test, Health authorities reported.
The number of probable deaths attributed to the coronavirus by the Department of Statistics and Health Information (DEIS), the statistical arm of the Ministry of Health, amounted to 3,069, according to a press conference by the head of the entity, Rafael Araos, when making This record was revealed for the first time, revealed last week by the CIPER journalistic investigation center and that preceded the resignation of the then Minister of Health, Jaime Mañalich.

These probable cases are in addition to the 4,075 deceased certified with a PCR test also accredited by the DEIS, which gives for this record a cumulative total of 7,144 since the first case of coronavirus reported in the country on March 3.

The information released this Saturday comes to settle weeks of controversy after press reports that reported "excess deaths" not reported by the authorities and a parallel record of probable deaths delivered by the DEIS to the World Health Organization (WHO) but not reported to the population.

From now on, the daily record - which considers only deaths certified by a PCR test - will not be altered, but every Friday a record will also be delivered with all those probable deaths, as recommended by the WHO.

"The daily record will not be altered, because we want to maintain the trajectory and trends so that people can have a sense of reality in as much real time as possible," explained Araos, adding that the epidemiological report will add the number of deaths with or without confirmation in parallel columns.

The daily report of the Ministry of Health continued to show alarming data for Chile, which remains one of the global outbreaks of the pandemic, especially Santiago, the capital where seven of the 18 million inhabitants of this country live, the fourth largest city with more confirmed cases in the world behind New York, Moscow and Sao Paulo, according to the count of the John Hopkins University .