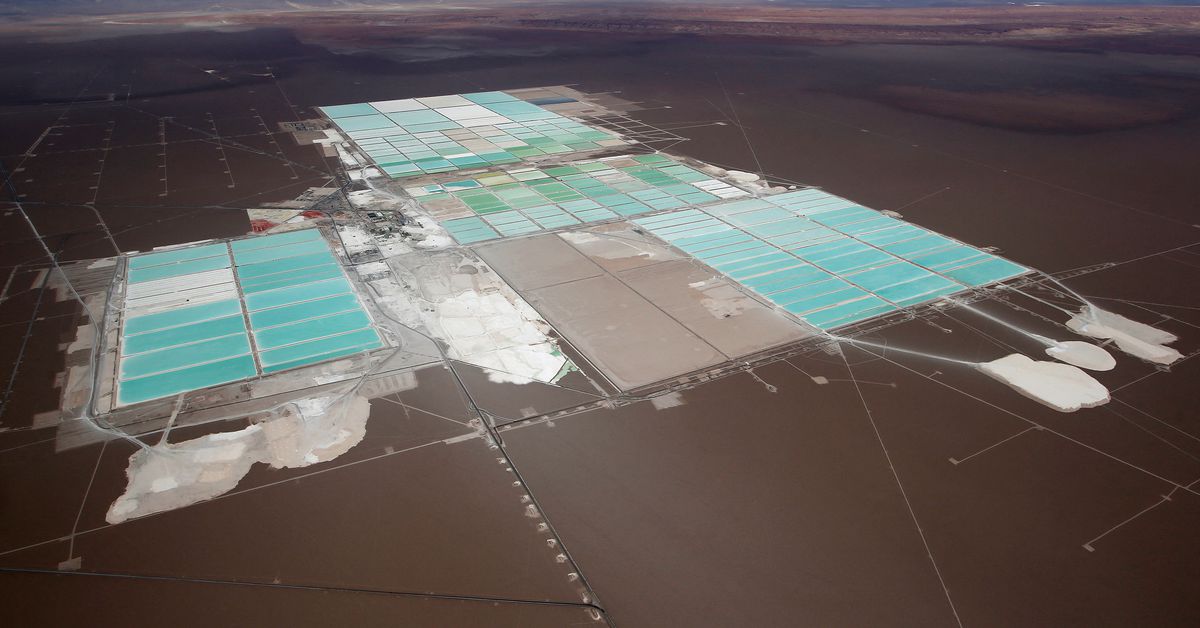 Chile's environmental regulator said on Tuesday it approved a compliance plan for lithium producer SQM (SQMA.SN), a step forward for the company's operations following a years-long sanctioning process for environmental infractions.
Securing approval of the plan had caused headaches for the miner's lithium extraction expansion projects as it looked to keep up with growing global demand for the metal used in electric car batteries.

The regulator said SQM's revision of a previous plan, mandated by a local environmental court in 2020, provides for the gradual reduction of the company's water and brine extraction in Chile's northern Atacama salts flat.

The newly approved plan will ultimately cost the company $52 million in investments in a bid to address six environmental infractions detected by the regulator.

"As a company, we have executed a large number of measures as part of the approved (plan), and we hope to implement all the commitments agreed on with the (regulator) and local communities in the coming weeks," SQM said in a statement.

An audit beginning in 2016 found the company had overextracted brine from which lithium is mined and provided incomplete information to authorities, among other infractions.

The plan establishes a staggered reduction in the maximum brine extraction limit until it reaches 822 liters per second in 2027, slightly less than 50% of the authorized extraction. The plan also allows for a 50% decrease in the total usage of industrial water.

The water around the vast Atacama salt flat, both fresh and brine, has long been a sticking point for miners operating in the world's driest desert, home to nearly a quarter of the world's current supply of lithium.

In April, the state Defense Council (CDE) sued BHP, Antofagasta and Albemarle mines for irregularities in their extraction from an aquifer in the area, which would have impacted the fragile ecosystem.
Add Comment