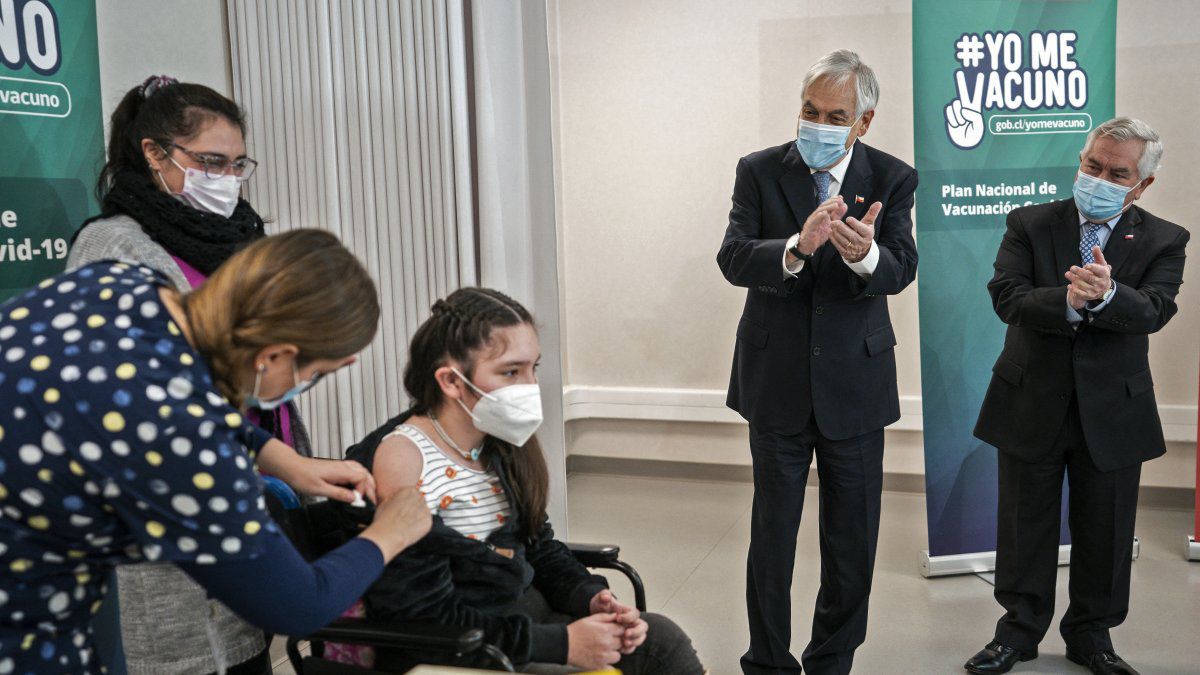 Despite having deployed a heavy immunization processes against covid-19 in the world, Chile has been experiencing a wave of cases for several weeks.
Chile, one of the countries that vaccinates the fastest against covid-19 in the world, began this Tuesday the process of immunization of minors between 12 and 17 years of age with the injection of Pfizer, joining other countries in the region that they did the same as Uruguay or the Dominican Republic.

"The goal is to vaccinate all adolescents and, when we have the appropriate vaccine, also inoculate children under 12 years of age. We all need protection against the coronavirus," said Chilean President Sebastián Piñera.

In a first stage, the president added, children between 12 and 17 years of age from juvenile centers, mental health care centers and adolescents with comorbidities will be able to receive the vaccine, and then begin mass immunization of this group.

The European Medicines Agency (EMA) gave the green light in May to the emergency application of the Pfizer-BionTech vaccine, with two doses and messenger RNA technology, for young people aged 12 to 15 years.

To date, Chile has received almost 22 million vaccines, with Sinovac being the most numerous (18 million), followed by Pfizer-BioNTech, with more than 5 million; AstraZeneca, with almost 900,000, and CanSino, with 575,000.

In total, two doses have been inoculated to more than 9.3 million people, which is equivalent to 63% of the target population and places Chile as one of the countries with the highest percentage of the population fully vaccinated.

Despite having deployed one of the most successful immunization processes against covid-19 in the world, the country has experienced a wave of cases for several weeks that has put the hospital system on the ropes and has raised the occupancy of ICU beds to 95 %.

"We still have about 2 million laggards, people who could have been vaccinated and have not done so, and that means a risk to their health and to everyone's. The vaccine is voluntary but we all have a moral obligation," added Piñera.

To prevent the spread of the virus, a total quarantine was decreed for all of Santiago a week ago, the health alert status was extended until September 30 and the borders remain closed until July.

Since the start of the pandemic in March 2020, nearly 1.5 million people have contracted COVID-19, and 31,645 people's deaths have been attributed to virus.
#AstraZeneca  #Coronavirus  #Vaccines  #BioNTech  #COVID-19  #vaccine  #Pfizer  #Covid
Add Comment