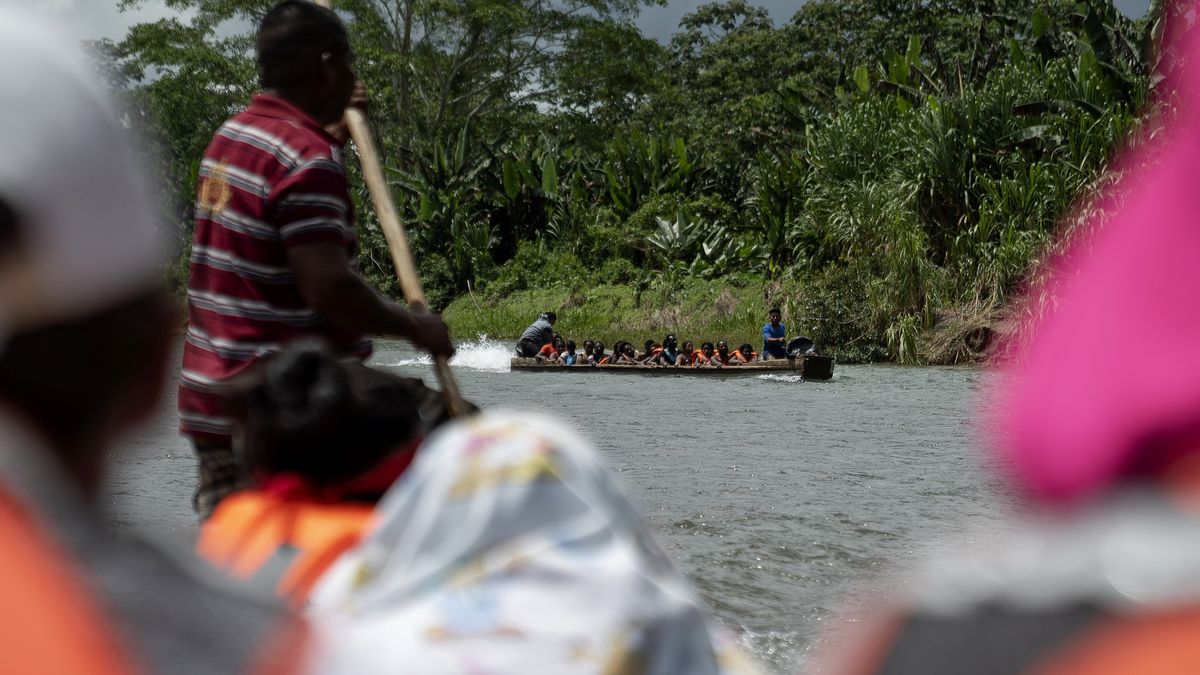 Businessmen were concerned about the reports of violence that migrants have experienced on their way to the United States and Canada.
The Chamber of Commerce, Industries and Agriculture of Panama ( Cciap ) addressed this Sunday the issue of irregular migration in the American region and urged the authorities to fight against this problem jointly, urgently and comprehensively among all the countries that make up part of this situation.

"Historically, Panama has been a country of transit, which has put its territory at the service of the world. However, the Latin American region is experiencing a migration crisis that requires joint work by everyone on the continent. The migratory phenomenon of the 21st century is a global reality that should not be politicized or aligned to agendas; on the contrary, its solution - which is not a single recipe - is to focus on conversations and productive efforts by all actors in society at the international level. it is that from the role that each one plays, they contribute to the solution; because, in this there are no sole responsible, nor exclusive solutions," indicates the Cciap.

The Chamber highlights the work that the Chancellor of the Republic, Erika Mouynes, has been doing and described it as commendable

"It is positive that Panama seeks support in articulating efforts in the concert of nations because the problem is greater than local capacities. The efforts seem to be beginning to show the reality that exists in the country around the world. This allows connecting with sources of support and provide access to agendas on international cooperation," said the union.

In addition to this call, the Cciap sees as worrying the findings reported on the investigations carried out by the Commission for Women, Children, Youth and the Family of the National Assembly both on the Colombian-Panamanian border and in shelters in the province of Chiriquí; as well as other institutions.

"The accounts of the harassment suffered by migrants are heartbreaking, to say the least. Coupled with reports in local media with real and raw testimonies - rape and malnutrition, for example - that these people experience in their journey through the jungle. of Darien ", indicates the Chamber.

The union makes the call and recalls that Panama, as a signatory of the Global Pact for Safe, Orderly and Regular Migration of the United Nations (UN), has commitments on human rights within the context of the universal and regional system that frame its responsibility as a country towards migrants, obligations that are also established by the Constitution for those who are in Panamanian territory, which is why the speech of President Laurentino Cortizo in the United Nations General Assembly is important.

The Cciap concludes by noting that at this crossroads, Panama has to "present itself to the other nations of the continent as a leader and bring its neighbors and other countries in the region to the table of decisions and actions in order to find shared solutions, where respect for the human condition of migrants prevails."
#Erika Mouynes  #Cciap
Add Comment