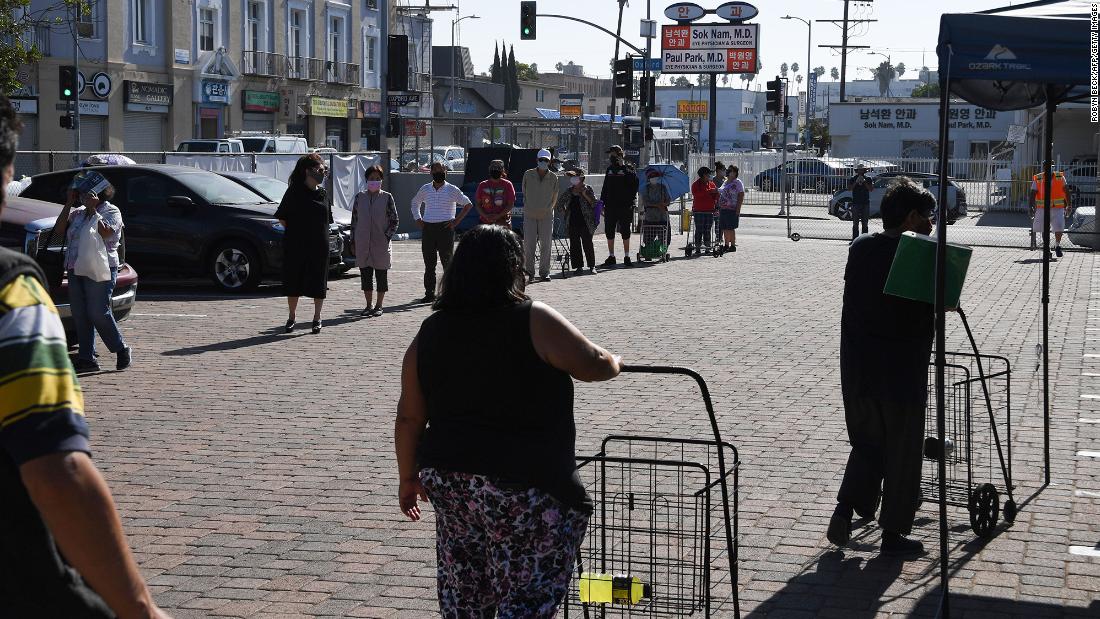 Capitalism isn't working anymore. Here's how the pandemic could change it forever

Capitalism is in crisis. The pandemic could change it forever, in favor of workers and those in greatest need.

Covid has put a magnifying glass over the many inequalities of the US economy and society. Millions of Americans are still out of work. Women and minority workers have been hit particularly hard. Many people can't afford child care or the technology their children need for distance learning at school.

The playing field wasn't level before, and the virus has shone a new light on the shortcomings of today's economic and social systems, said Paul Collier, economics and public policy professor at Oxford. The World Economic Forum has already called for a "great reset" of capitalism.

It's emblematic of today's capitalist society that groups of people get left behind, and it's the job of policy makers to try to fix that.

This isn't the first time capitalism is in crisis. In the 1950s - America's so-called golden age - there were concerns about automation eliminating jobs and people falling through the cracks of the government's safety net (sound familiar?). And in 2008, corporate greed came under the microscope following the financial crisis.

In modern history, only the Great Depression was more economically devastating than Covid-19. The aftermath of the Great Depression - relief, recovery, and most of all, reform - may once again be necessary to create a better economy for the future, said Larry Glickman, professor of American studies at Cornell.

It will be hard to sweep all of America's economic issues under the rug again when the pandemic is over.

Here are three ways the pandemic might change capitalism forever:


The pandemic exposed the cracks in America's social safety net. Enter the welfare state 2.0, which could be more attuned to workers' needs, experts said.

"We're in a moment where the pendulum is [swinging] towards a more favorable view of what government can do," Glickman said.

Better-designed unemployment benefits, programs to help people back into the workforce and more affordable housing could help ease the burden of this crisis for the weakest members of the economy.

Millions have lost their jobs in the pandemic, but regular unemployment benefits are often not enough to make ends meet, while rents eat up a large chunk of incomes across the country. As the pandemic drags on, hunger is an increasing problem, too.
On top of that, workers in mostly lower-paid jobs have found themselves at risk for contracting the virus at their workplace, including casinos, meat processing plants and shipping warehouses.

Paying to replace these workers' wages won't come cheap, and will likely mean that taxes will have to rise while still staying low enough not to stifle business, economists agree. It's a tightrope.


Globalization goes hand in hand with capitalism. It has changed the way money and people move around the world.
A big challenge for policy makers is to deal with how that has affected workers.

In today's capitalism, money is, for the most part, considered more important than workers: If moving jobs elsewhere, or using robots saves dollars, it's done.

For workers on the wrong side of these trends, things haven't improved, and this has exacerbated inequality, Federal Reserve Chairman Jerome Powell said earlier this year. The pandemic has provided a real-life example that robots don't get sick, but human workers do.

Welfare isn't only about benefits. It also extends to education and health care. In a world where machines increasingly take over people's jobs, educating the next generation so their skills match what's needed is important.

More debt than ever before


Capitalism isn't only about how a country treats its people and workers, it's also about how it treats its money.

Covid has brought on government spending like never before and deficits are burgeoning around the world. The Congressional Budget Office predicts the US federal budget deficit will be $3.3 trillion at the end of the year - more than triple of what it was in 2019.

Debt might be one of the most prominent characteristics of today's capitalism, said Christine Desan, professor of law at Harvard.
In the post-pandemic world, policy makers will either have to accept living with enormous debt burdens or address a complete overhaul of the system in place.

realizenow 165 days ago
Real Capitalism works when those that fail are left to fail. When everybody plays on an even playing field, instead of a rigged playing field in favor of those who can pay for changes in the playing rules that favor them and not favor others. When you read propaganda like this you know a communist is behind it. Show me were communism works? Socialism is simply the brother/sister of communism, so neither work. True capitalism works great.

General Butler 165 days ago
No system has failed more miserably and more often than communism. And no system has succeeded as well as capitalism. What we have now is not free market capitalism. What we have is crony capitalism built on debt and regulations that favor the large and the well connected. All that needs to change is the regulations need to be modified so that independent operators can compete again. The current system makes it almost impossible to be an independent operator of a small business, and that's exactly how our owners like it. No, folks, socialism is NOT the answer. Freedom is the answer.

Oh ya 165 days ago
On average it is said if you tell someone something 7 times they start to believe it as fact. The communists and socialists mentioned in this article are starting to make you believers that socialism would be a good thing. Ask yourself 1 question. Where in the world has socialism worked? Do not let these buttwipes change your mind.
View all comments (3)Add comment