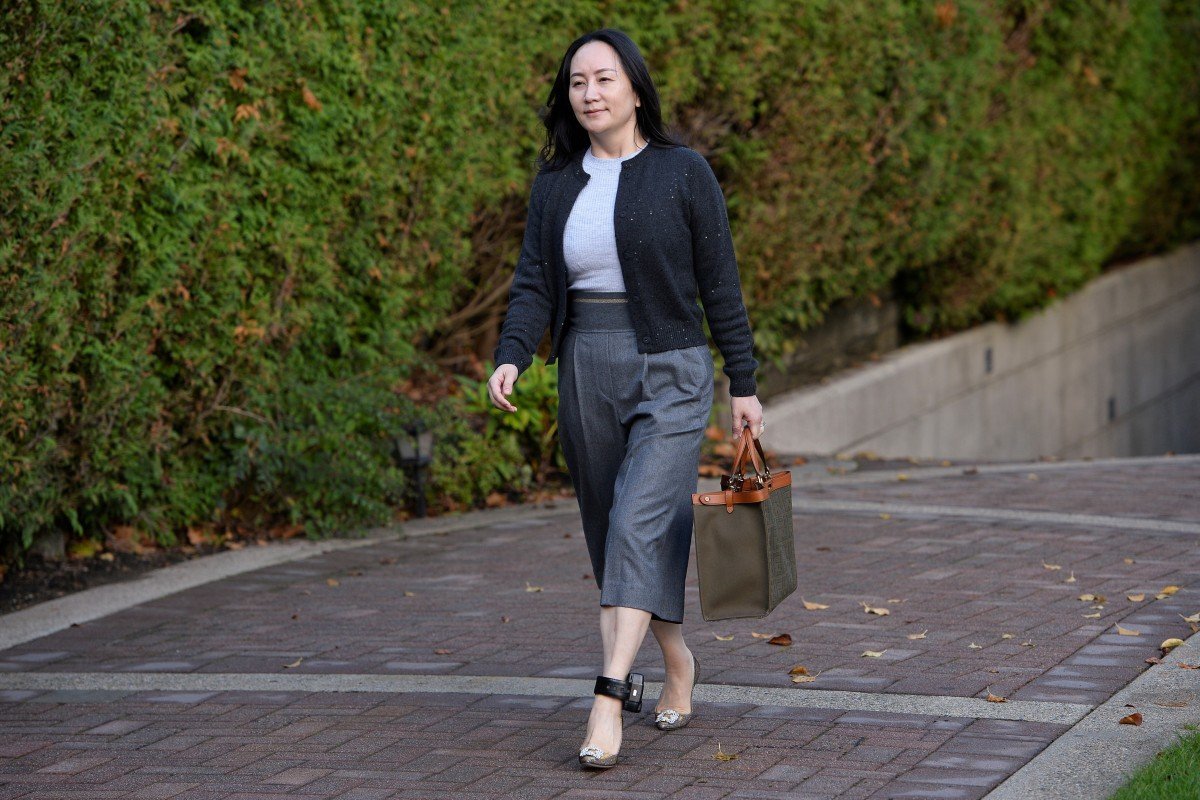 The officer said Meng was not arrested on-board a plane when she arrived at Vancouver’s airport because of concerns about ‘what she was capable of’.

The Canadian police officer who arrested Huawei executive Meng Wanzhou at Vancouver’s airport almost two years ago testified on Monday about the operation, saying safety concerns about “what she was capable of” helped sway the decision not to arrest her on the plane.

Constable Winston Yep of the Royal Canadian Mounted Police (RCMP) also said that he had no idea who Meng was until being given a warrant the day beforehand, and that he only became involved in the case because his unit was short staffed at the time.

The arrest of Meng on December 1, 2018, would infuriate Beijing and send China’s relations with the US and Canada into a downward spiral.

Yep testified in the Supreme Court of British Columbia in the latest phase of Meng’s battle against a US attempt to have her extradited to New York to face fraud charges, which she denies. 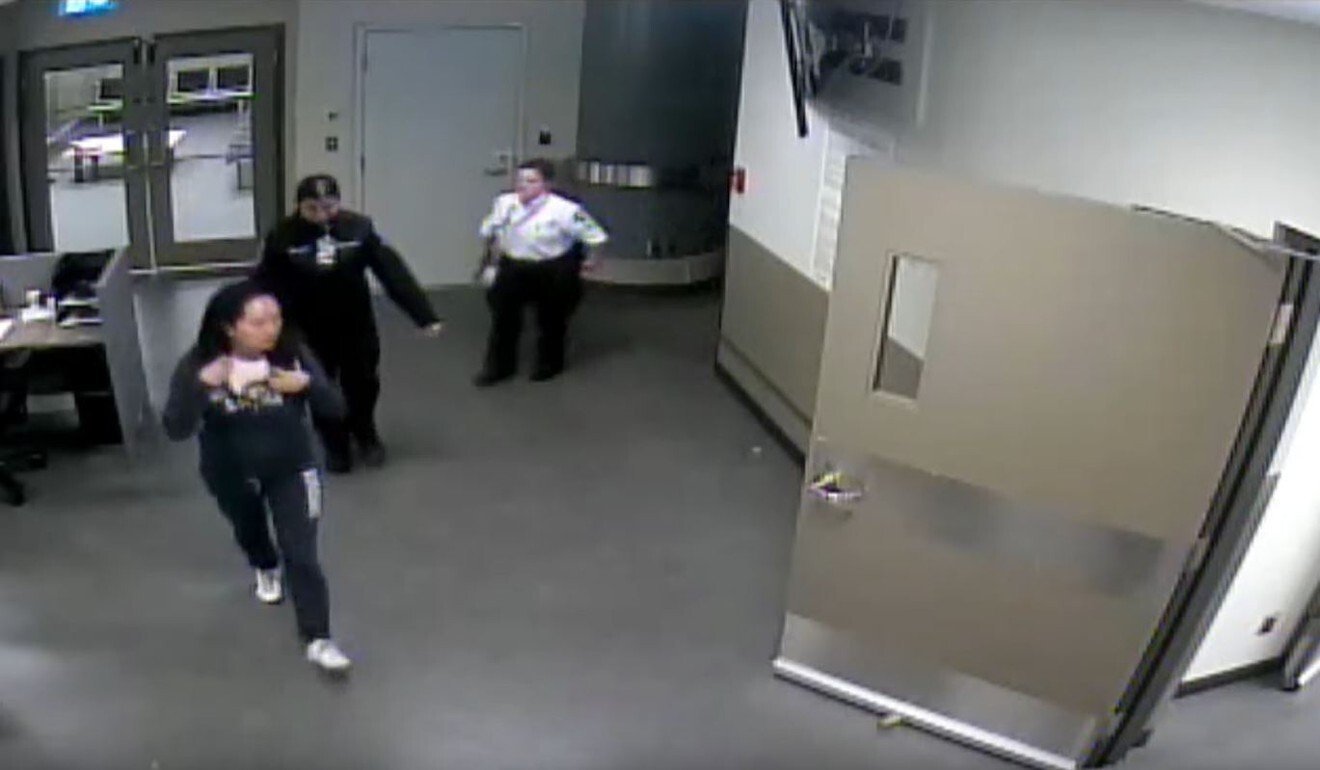 Meng Wanzhou is seen at Vancouver’s airport on December 1, 2018, the day of her arrest.

Meng’s lawyers say that her detention and questioning by Canadian border officers, and their seizure of her electronic devices and passwords before her arrest by Yep, were part of a “coordinated and covert criminal investigation” by the US and Canada, and not a normal process.

Her treatment breached the terms of the arrest warrant, which said she should be arrested “immediately”, and was designed to gather evidence for US prosecutors, her lawyers say.

Yep will face cross-examination as lawyers for Meng attempt to prove that she was the victim of an illicit investigation that violated her rights. It is the first time witnesses have been called in the long-running proceedings, before Associate Chief Justice Heather Holmes.

Meng’s lawyers are seeking to have the extradition case thrown out and claiming a violation of Canadian charter rights.

In initial questioning by crown counsel John Gibb-Carsley, who is representing US interests, Yep said he first became involved in the case on the afternoon of November 30, 2018, when he received a text message from an RCMP colleague that the Canadian Department of Justice (DOJ) had received an urgent extradition request.

“We were short staffed and she couldn’t find anyone to go down to the DOJ office,” said Yep. At the time, he and his partner were delivering a suspect from prison to the office on an unrelated matter, so he volunteered to deal with the new warrant.

It was at the DOJ office at 2.15pm that he learned that Meng was the subject of the extradition request.

“I didn’t know who Ms Meng was,” Yep said. But he thought it would become a high-profile matter because Meng was the CFO of Huawei, which he knew was “one of the largest communications companies in the world”. 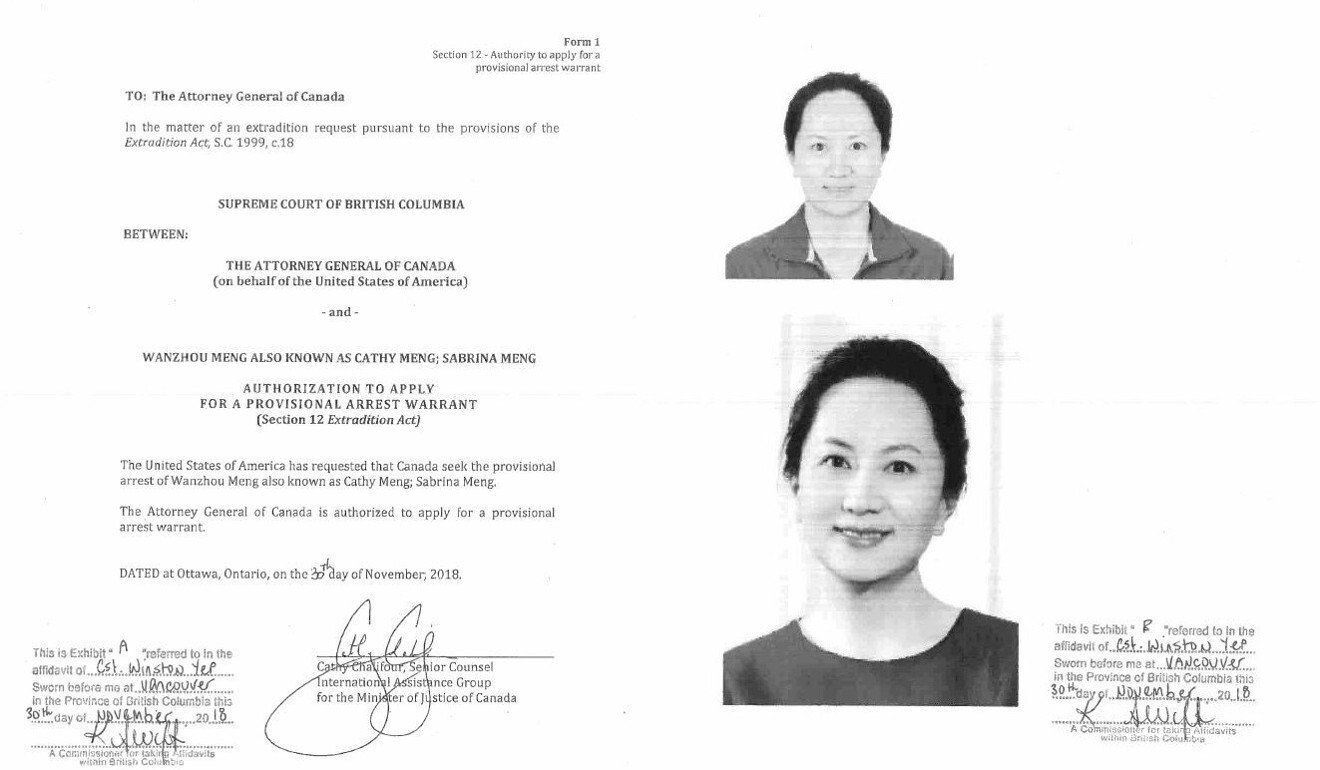 A copy of the authorisation from the Canadian Department of Justice for the attorney general to seek an arrest warrant for Meng Wanzhou.

Yep said the US had requested that Meng’s electronic devices be seized and put in Faraday bags, which prevent the wireless transmission of electronic information. Asked what he thought of that, Yep said it did not give him any concern at the time.

Gibb-Carsley had Yep read out the portion of the arrest warrant that directed that Meng be arrested “immediately”.

Yep said he took “immediately” to mean “as soon as practical”.

“We have to take into account public safety, police safety. As soon as it is safe to do so … you don’t rush in,” said Yep. He said he treated the Meng warrant no differently than any others he had executed.

ep described a 30-minute meeting with Canada Border Services Agency (CBSA) officers on the morning of December 1 about how the arrest would be conducted.

An email from Yep’s supervisor had suggested that Meng be arrested on the plane. But in the meeting CBSA officers said they regarded the plane as their jurisdiction. In any case, “I didn’t think it was a good idea because of public safety,” testified Yep.

“We didn’t know who she was actually travelling with and what she was capable of,” said Yep, and the presence of other passengers made it “a risky situation”.

Huawei founder shares his relationship with family and his personality

Meng’s lawyers have suggested the plan for her arrest was deliberately changed, with the intention of allowing CBSA officers to question Meng and seize her devices first, without her being told of her rights to a lawyer.

The border officers who questioned Meng and seized her devices before handing her off to Yep are expected to be called as witnesses this week.

Meng’s arrest upended China’s relations with the US and Canada. Beijing subsequently arrested two Canadians, Michael Spavor and Michael Kovrig, and accused them of spying, but in Canada their situation is widely seen as hostage-taking.

In a statement issued ahead of the proceedings, Canada’s Justice Department said: “Ms Meng has been and will continue to be afforded a fair process before the British Columbia Supreme Court in accordance with Canadian law.”

Huawei said in a statement on Monday that Meng’s lawyers would “probe the extent to which the Trump administration directed RCMP and CBSA officers to engage in a deceptive and improper search, thereby violating a court order and Ms Meng’s Charter rights”.

Meng is accused of defrauding HSBC bank by lying about Huawei’s business dealings in Iran, putting the bank at risk of violating US sanctions.

She is under partial house arrest in Vancouver, living in one of her two homes in the city. Her extradition proceedings are scheduled to last well into next year, but appeals could drag out the process for much longer.