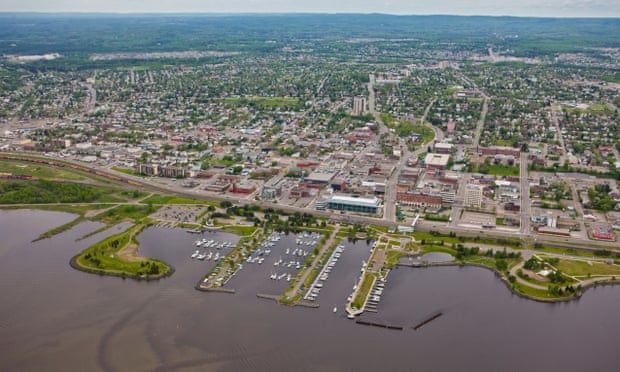 The team have examined hundreds of deaths between 2003 and 2017 in Thunder Bay, the largest city in the northern reaches of the province – and one where the police force has long faced allegations of racism within its ranks.

In 2016, one of the largest inquests in Ontario history concluded that Indigenous people in the region were overpoliced but crimes against them were underinvestigated.

Two years later, a landmark report by Murray Sinclair – a former senator and one of the country’s first Indigenous judges – found significant flaws in investigations into the deaths of nine Indigenous people, as well as a “clear and indisputable pattern” of racism in the Thunder Bay police force. Following Sinclair’s report, the city’s police board was dissolved.

As part of that report, a team of independent investigators was assembled to scour additional historical cases.

Last week, the investigative team submitted its findings to Ontario’s ministry of the attorney general and the office of the independent police review director.

The report has not yet been made public, but the Aboriginal Peoples Television Network (APTN) and the Globe and Mail were able to view the report ahead of its public release.

Of the 14 sudden deaths highlighted in an upcoming report, 10 were women and the ages ranged from two months old to 61 years old.

In the cases flagged by the investigative team, documentation was often missing or incomplete. Police investigations were inconsistent and deviated from standards. The investigative team also found cases where coroners failed to attend the scene of a death or even order a postmortem to determine a cause of death.

The report determined that pathologists and police were “making premature comments on no foul play and releasing scenes” before a postmortem exam could be done in cases of suspicious deaths.

In one case from 2010, a 42-year-old woman was found dead from a possible hanging. Police failed to interview any possible witnesses or obtain video from the hotel where she was staying with her boyfriend. It was later determined the boyfriend had previous convictions for multiple assaults. He was never interrogated by police before he died in 2017.

In another case, a two-month-old baby boy was found unresponsive in an apartment and pronounced dead at a hospital. The report found that police were aware of previous abuse allegations against the parents involving another child in the home. Investigators said the cause and manner of death of the two-month-old was undetermined, but if evidence had been properly collected, the death would probably have been investigated as possible criminal negligence causing death.

A second report, which will not be made public, identified 25 unsolved cases of missing and murdered Indigenous women and girls. The investigative team has called for external review of those cases.
Add Comment