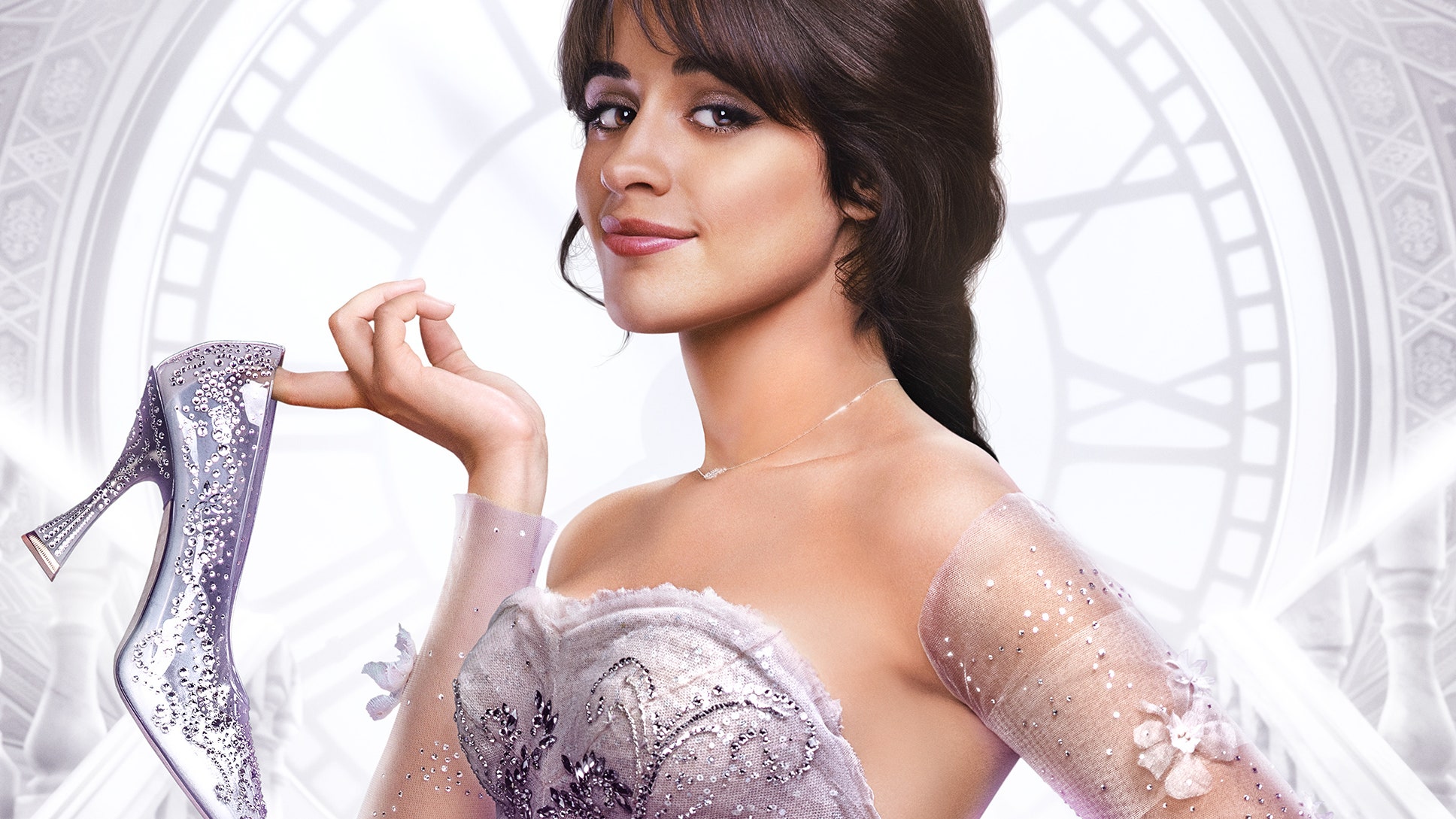 Cabello and costume designer Ellen Mirojnick share how the forthcoming film brings a classic tale to a new generation.

Everyone knows the story of Cinderella, whether you grew up with Walt Disney’s 1950 animated film, the Rodgers and Hammerstein television musical, or the European folktale. Still, adapting a beloved story for a new generation means connecting past and present. The cast and crew of 2021’s Cinderella was intent on innovation. The film, which is set to premiere on Amazon Prime on September 3rd, reimagines the story as an uplifting musical about the power of self-discovery.

Unlike her predecessors Camila Cabello’s “Ella” doesn’t aspire to life as a royal, instead she’s busy building a fashion empire. The heroine's shift from dreamer to proactive entrepreneur makes for a different kind of narrative, one the forces behind the project hope will inspire young girls. “It is a completely new telling of the story. I feel like other fairytales have values that are more antiquated and don’t reflect women accurately,” shared Cabello from Los Angeles. “In this Cinderella, she has dreams and ambitions, and she wants to save herself, not have a prince or anybody else save her.”

Given Ella’s goals, much of the modernization is expressed via wardrobe. For costume designer Ellen Mirojnick, telling Ella’s story meant starting from scratch. “With Cinderella you of course think of the blue dress, the glass slipper, etc. but that wasn’t how we were going to approach this story,” she says. “This is a brand new retelling so we wanted to put a twist on it and embrace a new point of view, [one] that promotes female empowerment and individuality.”

Adept at creating jaw dropping costumes for immersive fictional worlds—her costumes for Bridgerton, The Greatest Showman, and Maleficent: Mistress of Evil are characters unto themselves—Mirojnick looked to the soundtrack inspiration. “Everything becomes concrete once you read and listen to the music,”she says. “The songs have fairytale, romantic, and modern aspects and an [overarching] theme about breaking the glass ceiling.” Within Ella’s wardrobe those concepts translate into period looks that feature contemporary touches and pieces that highlight her uniqueness. Still, Mirojnick was careful not to foreshadow Ella’s princess transformation. “From the beginning [of the design process] we took into consideration that her clothes shouldn’t be too obvious,” says Mirojnick. “So you have her in neutral colors, natural fabrics, linens, but with modern touches like her belts.”

The character’s interest in design was key to understanding her motivations. “One of the things I realized is that you have a Cinderella who is [effectively] designing herself,” says Mirojnick. “Ella’s closet is at the center of our film. The costumes capture her spirit, how design empowers her, and how nothing will get her down. Camila, who is one of the most authentic and joyous spirits I’ve met in a long time, embodies this perfectly.” For Cabello, who describes her character’s look as innovative and daring, collaborating with Mirojnick throughout the design process was a dream. “I loved my work costumes! They were so comfortable, but still had Ella’s swag to them,” she says. “Ellen and her team were so passionate, full of joy for what they were doing. They were so in love with Ella and the values she represented. In a time where women’s self expression is so limited, she uses fashion to express herself. Even when she’s dressing for work she has accessories in her hair, and puts unique details in her corsets. I think it shows how much self expression and authenticity is important to her.”

Audiences know Disney’s ‘Bibbidi-Bobbidi-Boo’-singing, benevolent godmother, but Billy Porter’s Fab G is a completely different take on the magical mentor figure. Porter, with his outré style and endless swagger, needed more than a powder blue cape. So Mirojnick whipped up a gilded gown with reflective shades inspired by butterfly wings. “The Fab G was born from the monarch butterfly,” explains Mirojnick. “I presented a whole series of sketches to Billy. It was important to him that the costume represent both masculine and feminine elements. It all came together in a couple of conversations. I had to take into consideration movement and how the character would emerge onto the scene because it had to be fabulous.” Equally striking are the Fab G’s accessories which run the gamut from a glittery wand, custom Jimmy Choo boots, and a Mercedes Benz carriage that Porter dreamed up with the automaker. “It’s all remarkable,” says Mirojnick. “They truly went all out in creating the design.”

Of course, the ride isn’t as important as the destination. In this case, that would be the party thrown for Nicholas Galitzine’s Prince Robert, in order to find his bride. Ella arrives in a glittering ball gown whipped up by Fab G, but she isn’t the only contender. A host of princesses from across the kingdom show up to meet the royal family and try their luck. In other adaptations this plays out as a Bachelor style spectacle where young women compete against each other for a guy, but director Kay Cannon and Mirojnick wanted to avoid that cliche. “What was most important to us was that this world be global,” says Mirojnick. “Originally we planned on having designers from other countries each contribute a design, but [that] proved too difficult last year. So we went about it our own way with each princess representing their respective nation.” The change also allowed for cameos, like Japanese comedian Naomi Watanabe. “The ball is about bringing the community together,” says Mirojnick “They may be vying for attention but they also support each other.”

While the protagonist isn’t looking to become a princess, the story doesn’t break with tradition entirely. The clothes—which will be revealed to the world during the Mercedes Benz ‘Dressed for a Dream” livestreamed fashion show on August 28th—are the stuff of fantasy. During the show the costumes will be worn on the runway by individuals who embody the progressive messages of the film. Both Cabello and Mirojnick, who serve as Mercedes Benz brand ambassadors for the project, hope that viewers find the movie, fashion show, and subsequent campaign inspiring. “We’re going to have models walking the fashion show who have incredible success stories. They’re our everyday Ellas,” says Mirojnick. “It’s an honor to be able to partner with Mercedes on this [and] at this moment in time where we can celebrate female empowerment and amplify stories that show girls what they’re capable of.”

That sentiment was echoed by Cabello. “[The fashion show] is Ella’s dream come true! I think women seeing other women be strong, ambitious, and supporting each other is so important,” she says. “Helping each other realize our power and celebrating each other taking control of our lives is so important for young people to be watching, and for that to be the world they grow up in.” 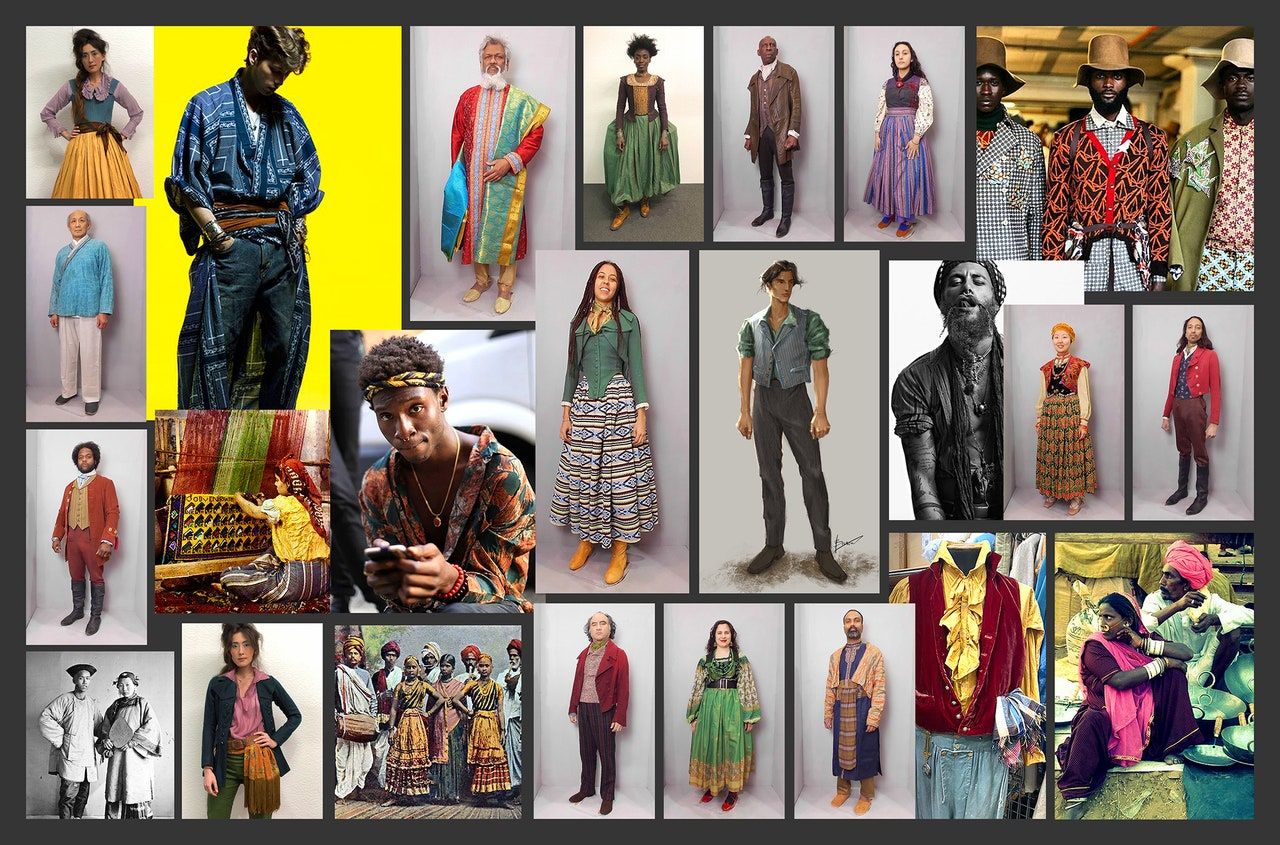 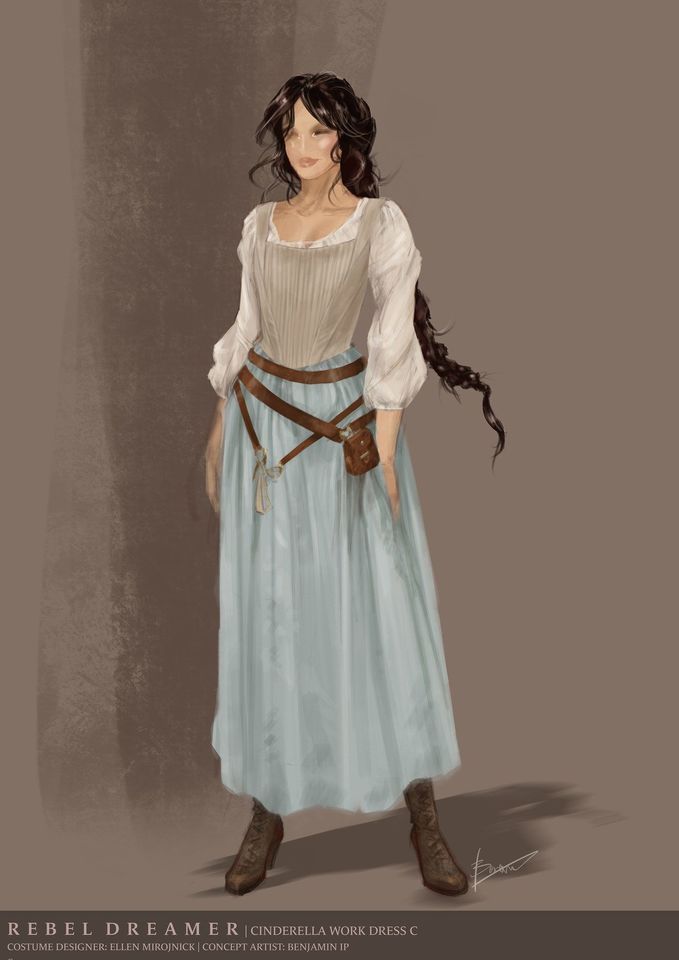 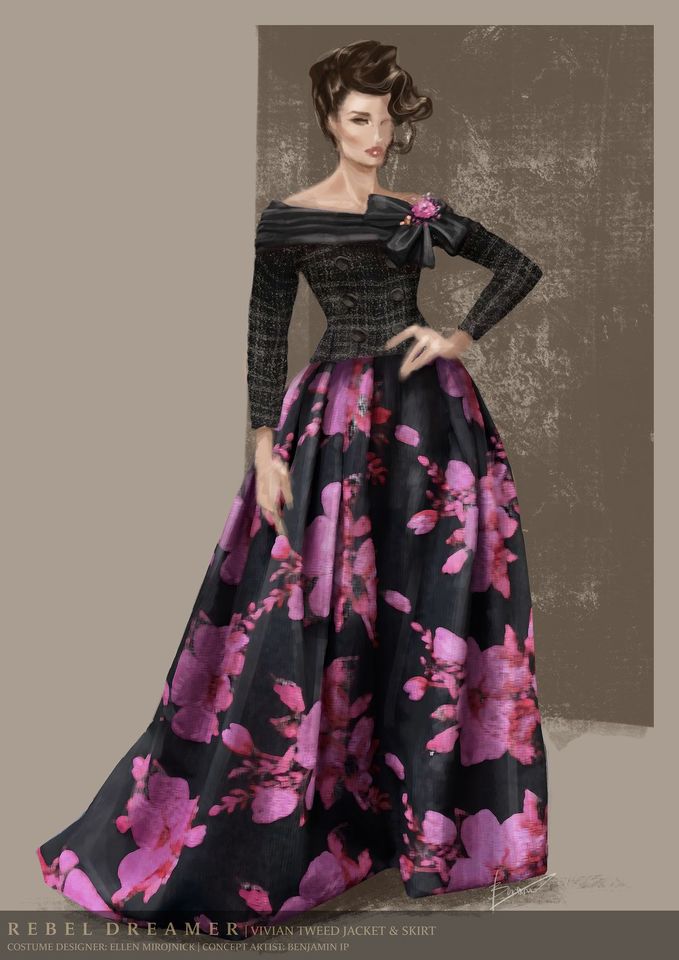 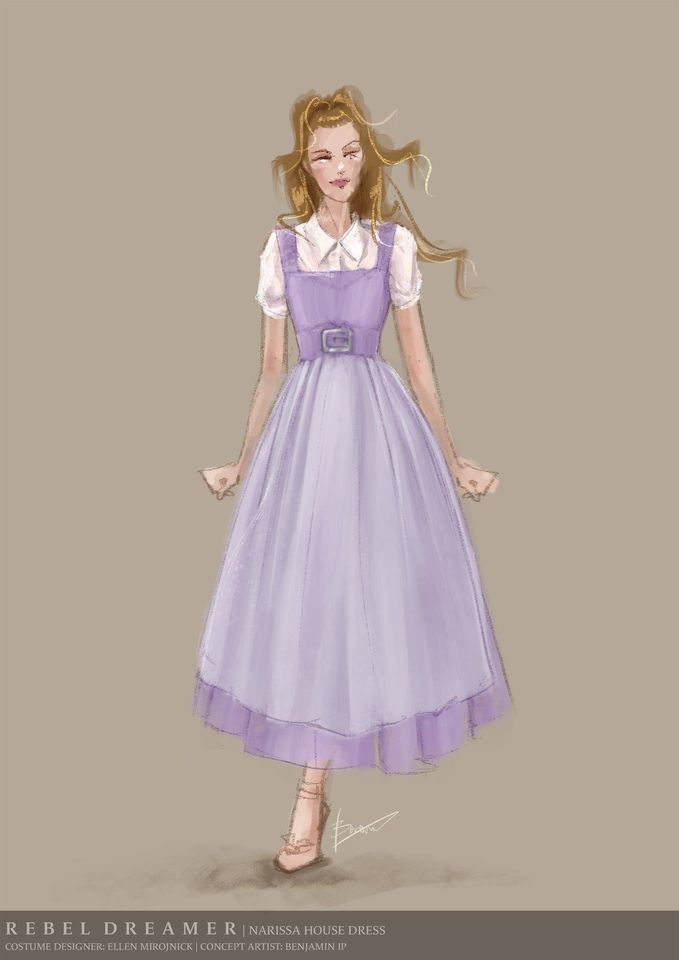 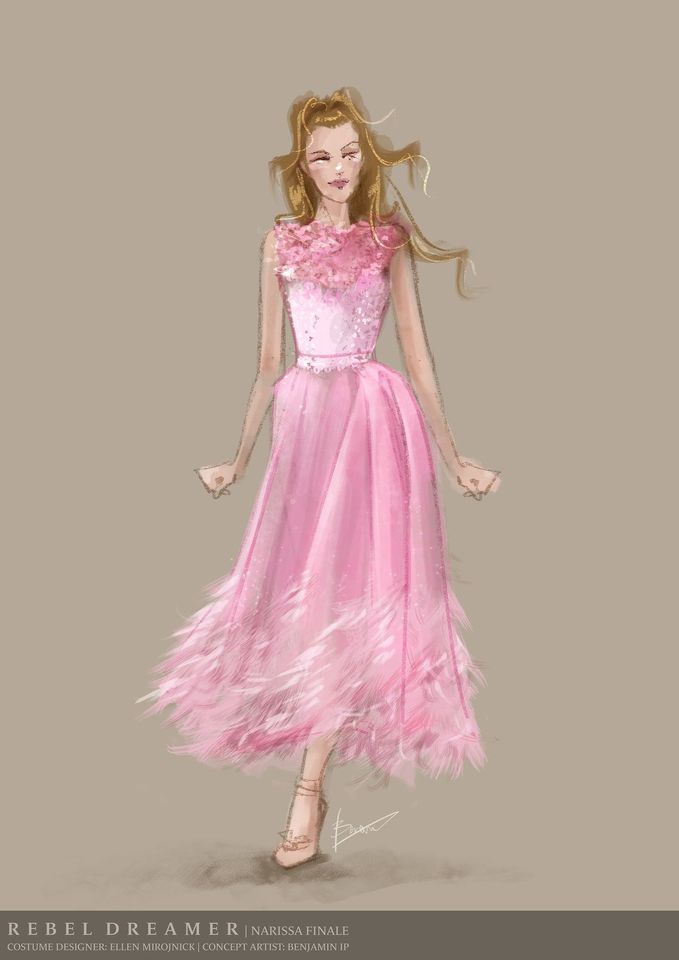 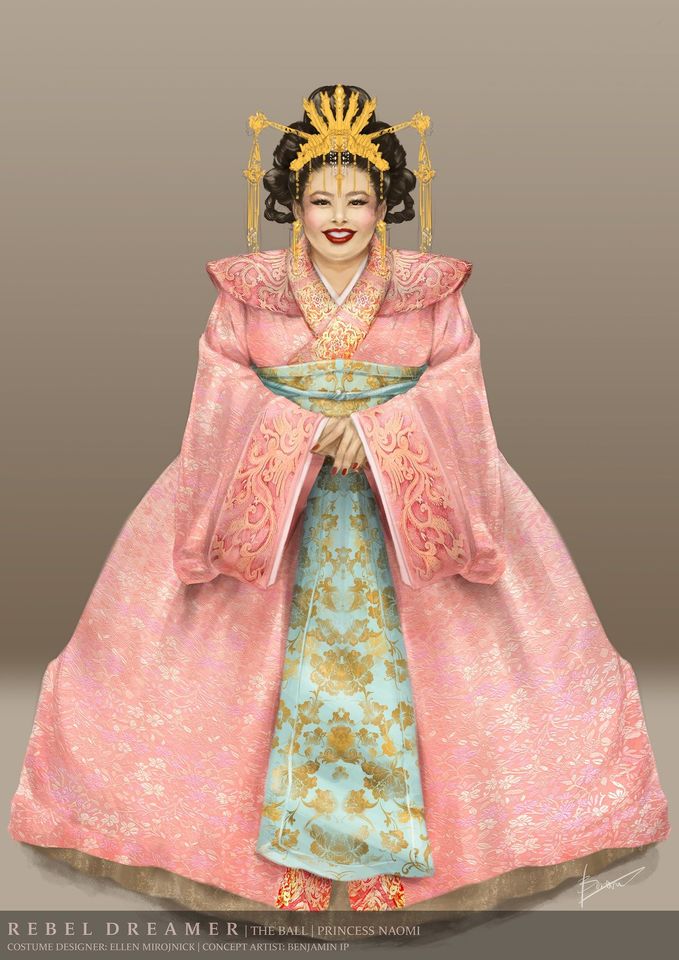 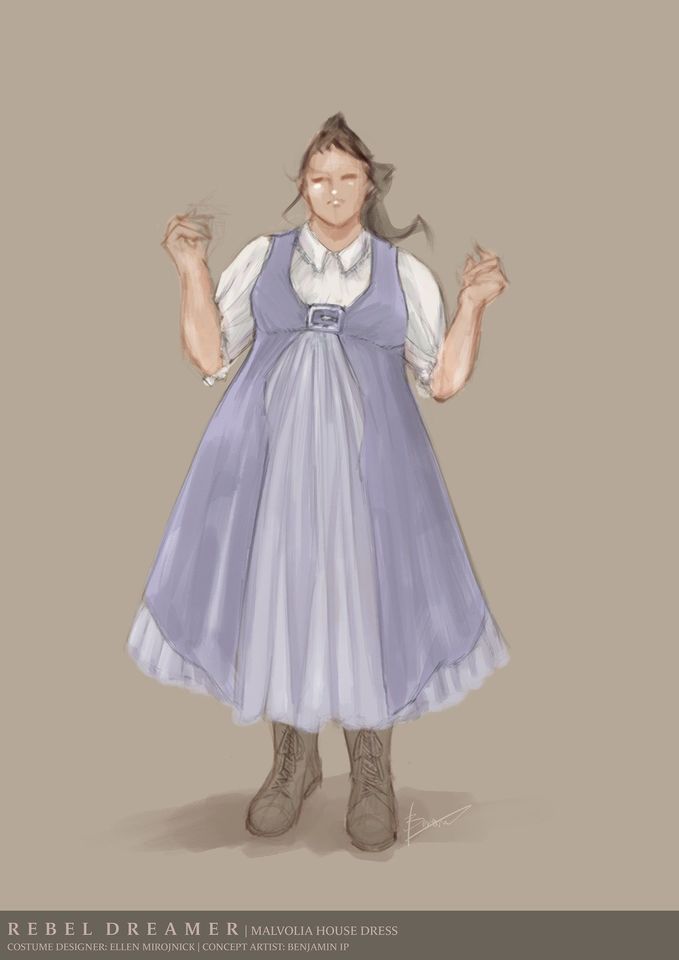 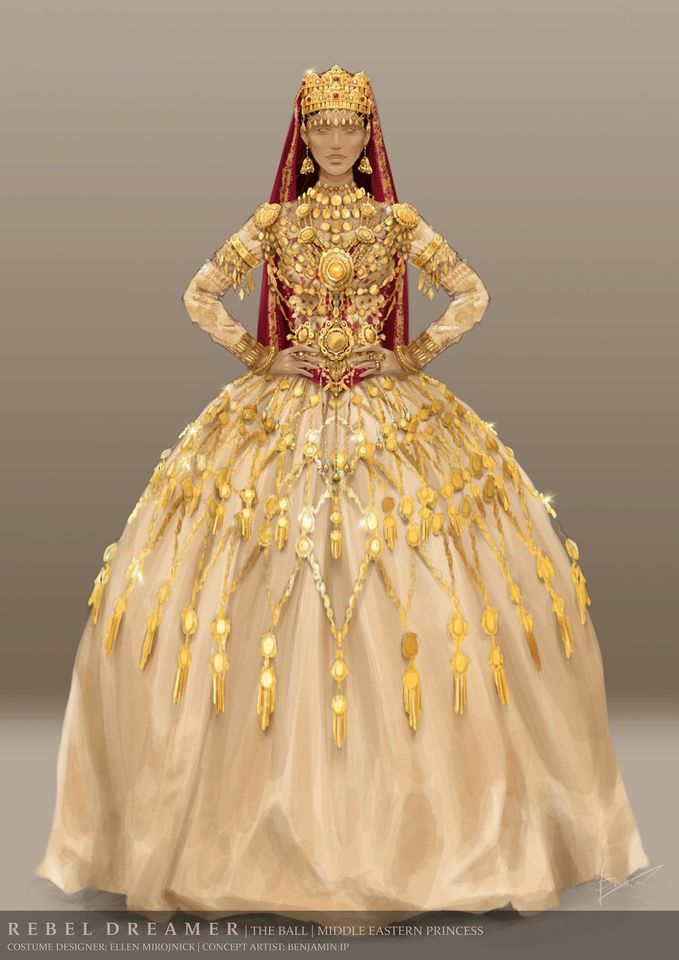 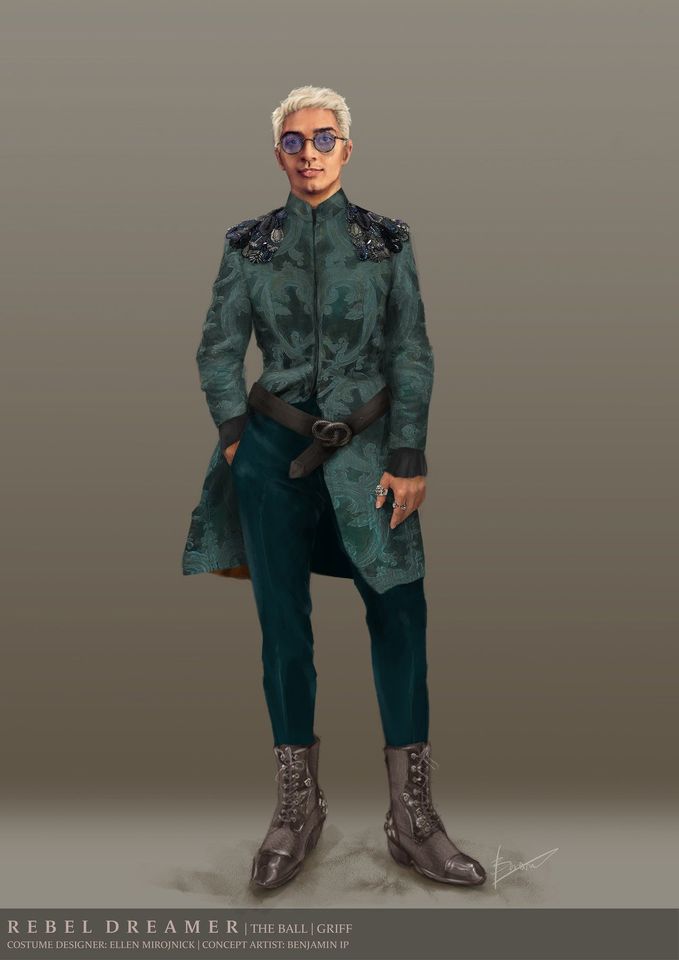 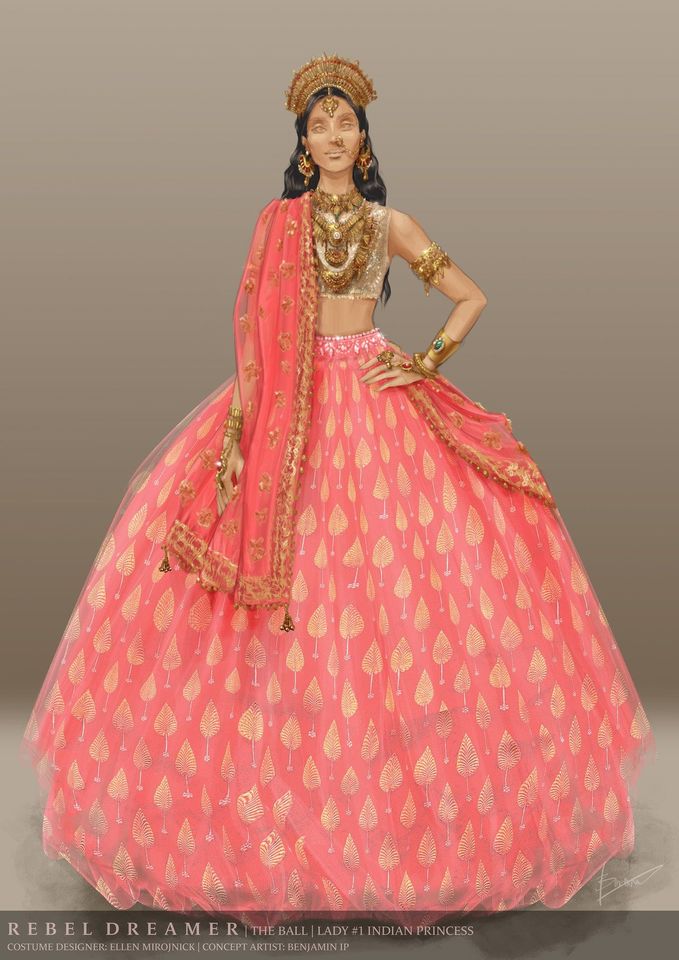 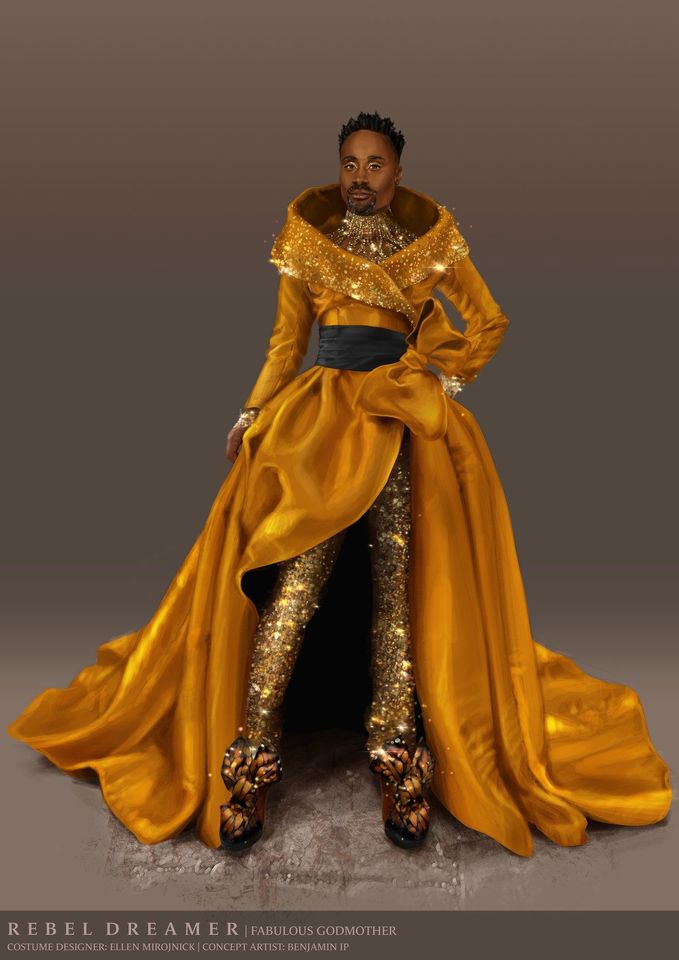 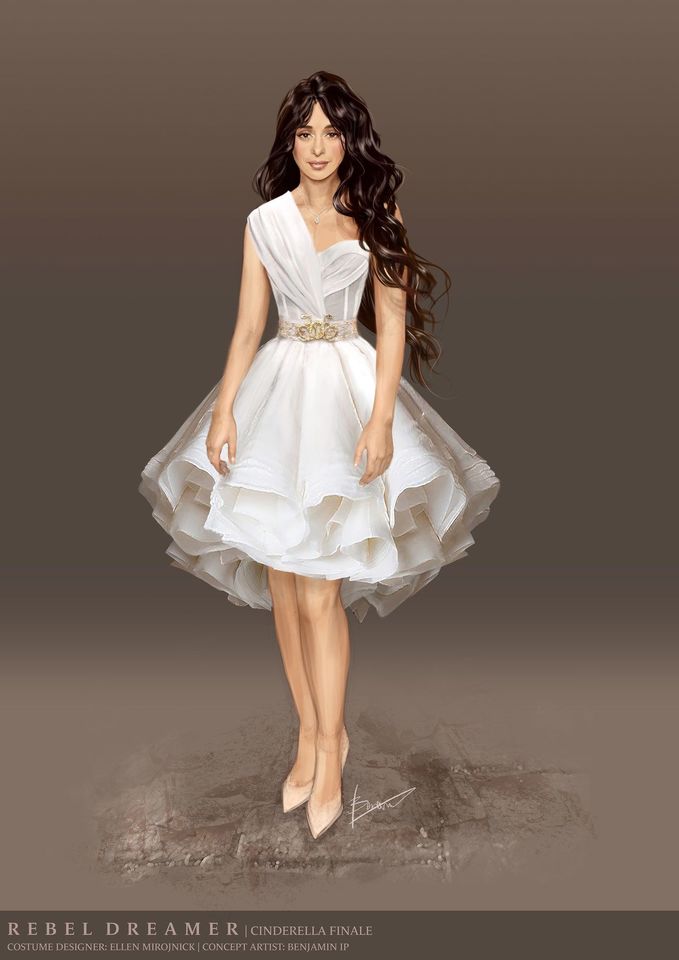 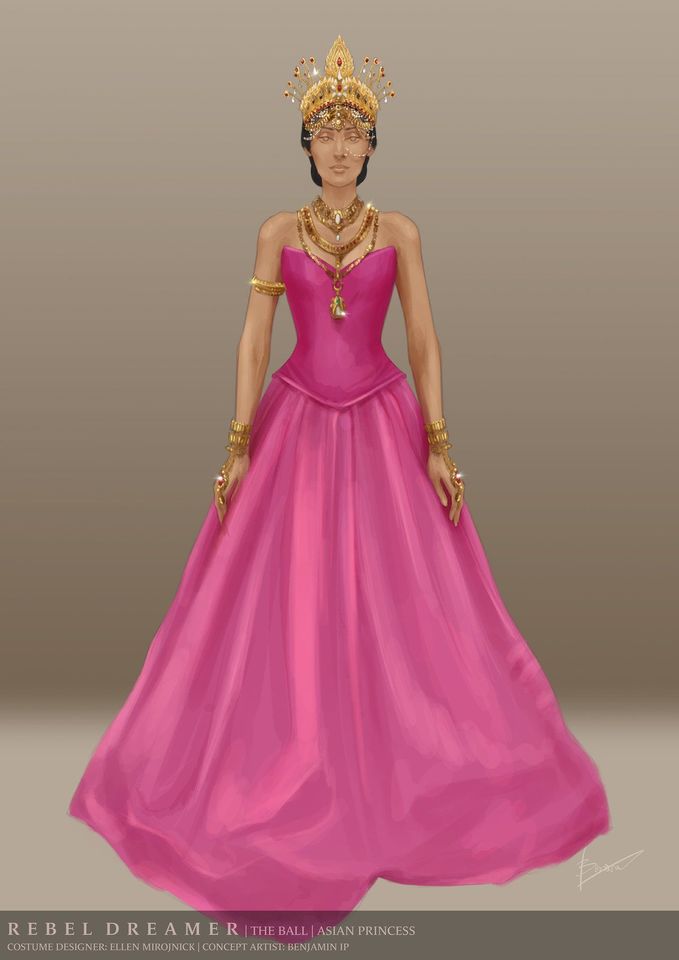 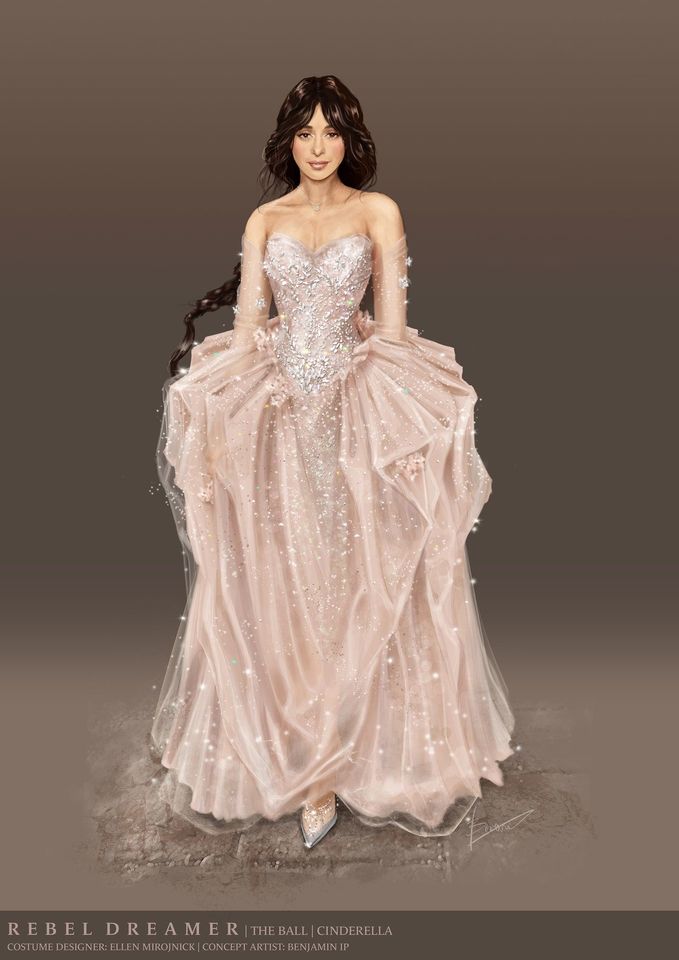 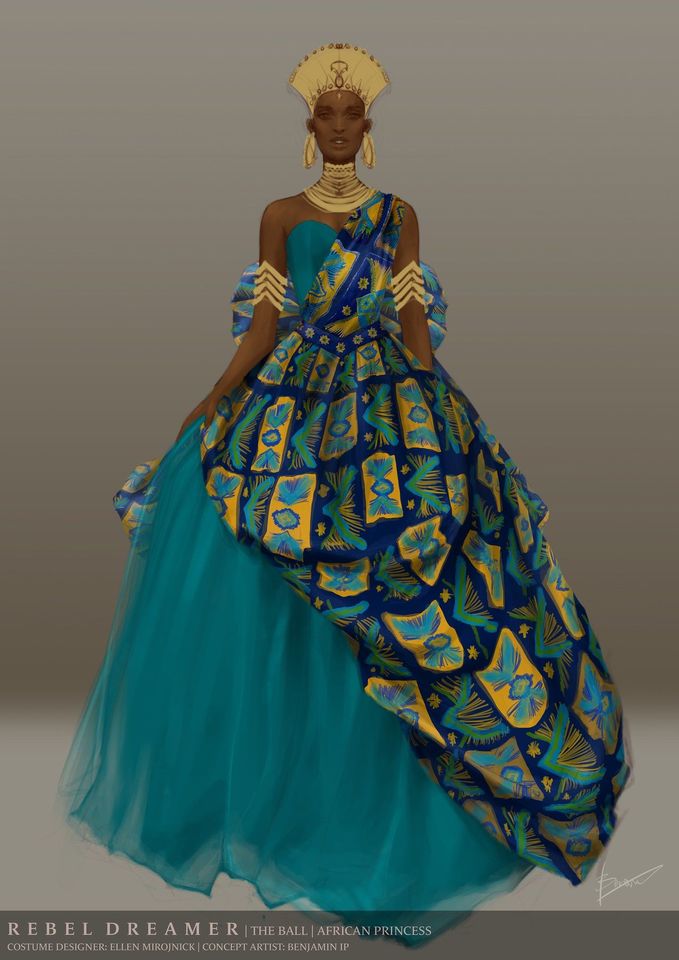