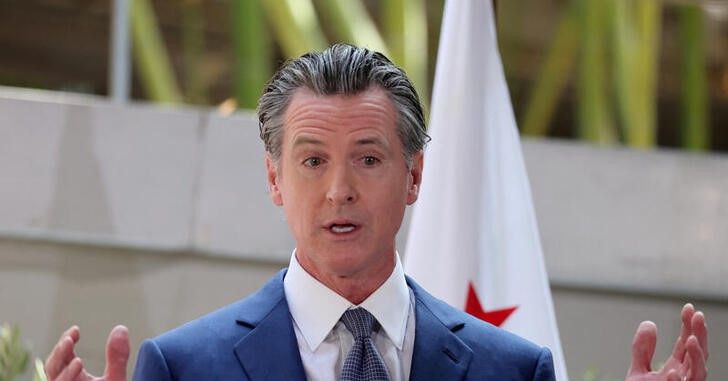 California Governor Gavin Newsom on Friday signed a law that would allow private citizens to sue people who sell, manufacture or distribute assault weapons and guns made at home to avoid tracing.
The law is a swipe at a Texas law that allows individuals to sue anyone who helps a woman obtain an illegal abortion in the state.

Newsom, a Democrat who has been mentioned as a possible presidential contender, signed the legislation on the same day he released an ad in Texas criticizing the state's reproductive rights policies.

"If Texas is going to use this legal framework to essentially outlaw abortion and harm women, all with the Supreme Court’s blessing, California is going to use it to save lives and take AR-15s off our streets,” said State Senator Robert Hertzberg, a Democrat who co-authored the bill.

Newsom has pushed for the law since last year, when the U.S. Supreme Court upheld the Texas law allowing the vigilante-style lawsuits.

"Our message to the criminals spreading illegal weapons in California is simple: you have no safe harbor here in the Golden State," Newsom, who signed the bill in Santa Monica, said in a news release. "California will use every tool at its disposal to save lives, especially in the face of an increasingly extreme Supreme Court.”

In the ad placed in Texas newspapers, Newsom showed an anti-abortion quote by Republican Governor Greg Abbott that said abortion cost children their "right to life."

Newsom replaced the word abortion with the phrase "gun violence," changing the meaning of the quote to assert that gun violence was killing children rather than abortion.

He said the new California legislation was the state's answer to "Texas' perverse bill that placed bounties on doctors and patients."

Abbott did not immediately respond to a request for comment.

The Firearms Policy Coalition, a California gun rights legal group, called Newsom's Texas ad a "twisted victory lap" and said the governor's actions were "nothing short of a revocation of the natural rights of those he was elected to represent." The group put out a call for potential plaintiffs in a lawsuit aimed at overturning the new law.

Newsom last week placed an ad in Florida criticizing that state's conservative Republican governor, Ron DeSantis, who, like Abbott, is considered likely to make a bid for the Republican presidential nomination in 2024.

The ads, along with a recent trip to Washington, have prompted speculation that Newsom himself is planning to run. So far, he has said he is not intending to do so.
Add Comment