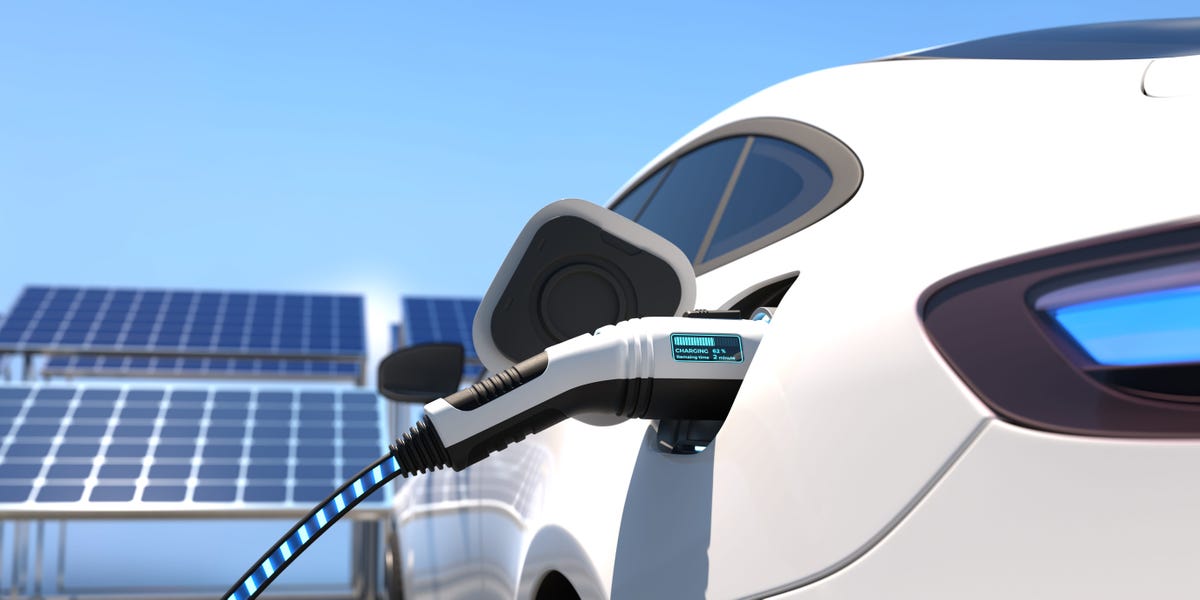 California invested an enormous amount of money into getting EVs on the road, but practically nothing when it comes to dealing with the waste: 'It's totally like the Wild West.'

California has been a leader in EV adoption, but does not have a battery recycling plant, nor tried-and-true recycling programs to deal with the fallout.

California's push for electric vehicles is leading to an impending environmental issue: a pileup of toxic batteries.

California has been a leader in EV adoption since 2012, when Gov. Jerry Brown issued an executive order calling for 1.5 million zero-emission vehicles on California roads by 2025. Now, some of the batteries from those early vehicles are heading to the scrapheap, and the state has nowhere to put them.

EVs do not release carbon dioxide when they run, but the dismantling of the lithium-ion batteries results in environmental impacts. An EV battery weighs thousands of pounds and is sensitive — cutting into the wrong place or too deep into a battery cell can result in the battery combusting and releasing toxic fumes.

The difficulty in disposing of the EV batteries represents a clash between the state's lofty ambitions to have a carbon-free economy and the bind California has put itself in by enacting some of the toughest regulations against toxic waste. Breaking down and disposing of the batteries is a highly toxic process and under current laws it's difficult to create an in-state disposal operation. If left unattended, the batteries are susceptible to fire.

"It's not a problem yet," Daniel Sperling, automotive member of the California Air Resources Board, told Insider. "But we need to invest in facilities now."

"It's totally like the Wild West," said Zora Chung, co-founder of ReJoule, Inc., a startup project based in Signal Hill that is exploring repurposing used batteries from EVs.

In a few years, the state will need to have a system to figure out what to do with the hundreds of thousands of battery packs that will be retiring. However, there are no EV battery recycling plants that exist in California, nor tried-and-true recycling programs in place to deal with the fallout.

"I don't know actually what happens at this point," Chung told Insider. "I just know that the few that do get collected, they either are stored to figure out if they can be repurposed or if they go straight to recycling."

Getting batteries on the road, but no way to get them off it

End-of-life batteries are stockpiled for resale, or get shipped out of state or out of the country, where the actual recycling happens.

"It's incredibly hard to get permits done here," Chung said. "You need a huge amount of land. They also generate toxic waste. So it's just not easy to do."

In the fourth quarter of 2021, California became the first state where cumulative sales of plug-in electric vehicles exceeded 1 million. As of October 2022, they accounted for nearly 18% of the state's new car sales, compared to 6% of the country's. California also has more than 1.13 million zero-emission vehicles registered across the state.

Currently, California accounts for more than 40% of the nation's EVs. Tesla, Ford, GM Motors, Rivian and Lucid Motors are among the top electric car manufacturers in the country. 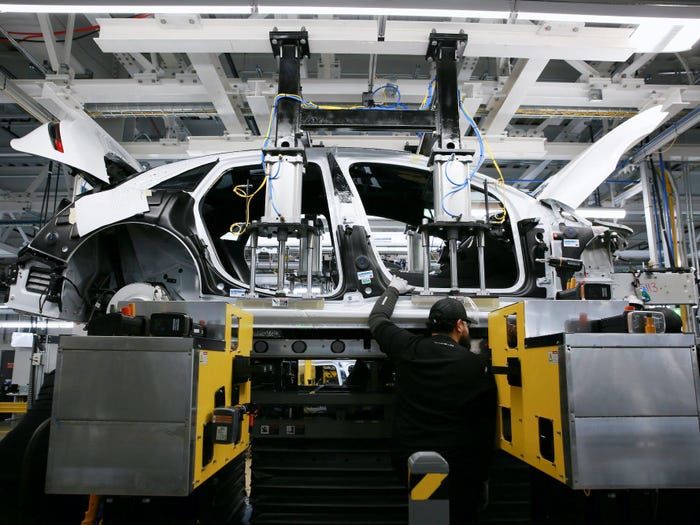 But in its rush to go electric, the state never allocated sufficient funding to determine what happens once those batteries expire.

The state is only just starting to scramble for solutions.

In 2019, the California Energy Commission created the Lithium-ion Car Battery Recycling Advisory Group in response to Assembly Bill 2832, which required the advisory group to submit policy recommendations to the legislature aimed at ensuring that as close to 100% as possible of lithium-ion batteries in the state are reused or recycled at end-of-life in a safe and cost-effective manner.

"That's why recycling rates are kind of unknown," Jessica Dunn, a senior analyst at the Union of Concerned Scientists and a co-author of the advisory group's policy recommendations, told Insider. "We think they're high, but that's unknown. And for us to really have access to this information, there needs to be some kind of tracking of not only batteries that are retiring, but those that are being repurposed."

Meg Slattery, a Ph.D. student at UC Davis and a co-author of the policy recommendations, said the information they rely on is more anecdotal, which may serve to misinform experts as well as the public.

"On the one hand, we think the recycling rates are high, but I'm kind of relying on car companies saying that," Slattery told Insider. "And then on the other hand, I think without that information, people throw around the statistic that only 5% of car batteries are recycled, but that's referring to a statistic about consumer electronics. So I think there's also information going the other way that's leading people to be more alarmed about batteries not getting recycled than I think corresponds to the situation."

And while both she and Dunn agree that the heightened interest and recent funding going into the battery recycling and reuse front on the federal level is a step in the right direction, policies that establish a streamlined recycling process, as well as clear ownership and collection responsibilities, need to happen in tandem.

"Funding research and development and demonstration, but also tackling it with an extended producer responsibility among other regulations, that's not something we've really seen at all from the federal government," Dunn said.

They feel overall optimistic about the situation, Slattery said, but quite a lot is happening in the absence of policy.

"If there's no requirement, you're sort of relying on the batteries being profitable to recycle in order for it to happen," she said. "For example, damaged batteries are much more expensive to ship. And so that could throw off the economics, whereas if there were clear requirements, it removes that uncertainty."

The policy recommendations from the Lithium-ion Car Battery Recycling Advisory Group — submitted to the legislature in March — will require new legislation and/or regulatory changes, said Lance Klug, a spokesman for CalRecycle.

Once legislation is in place, regulations would be required to implement the statute.

The Energy Commission is looking at the reuse of batteries as a potential solution to combat the pressing issue. The policy recommendation report states the lifespan of repurposed batteries can be extended by 10 years or longer.

Nick Lapis, a spokesman for Californians Against Waste, an environmental advocacy organization that advocates for stronger environmental laws and more recycling at the state and local level, said the organization is in support of the end-of-life batteries being used for various things like grid scale and home energy storage.

"We definitely want to reuse them as much as possible," he said. "But at some point, they are going to reach the end of their lives and the recycling needs to happen."

A problem with that, however, is that an environmental bill takes years to pass, Lapis told Insider.

Then should the state loosen its restrictions on toxic waste plant permits? It's complicated, he said.

"We don't want to sacrifice the public health and safety of communities just to recycle something," he said. "And so it's not like we want to make it easier."

On the flipside, Lapis believes the government should take some steps to speed up the permitting process. They can give businesses more certainty or give them answers faster, he said.

Slattery believes now is the time to do something before end-of-life batteries become a huge issue.

"I do think everybody does want the batteries to be as sustainable as possible and have this be an opportunity to do something right," she said.

ReJoule recently launched a state-funded pilot project to adapt the used batteries for solar storage. Currently, the company has used batteries deployed at the American Museum of Ceramic Art in Pomona, where solar panels feed electricity into the used battery storage units. 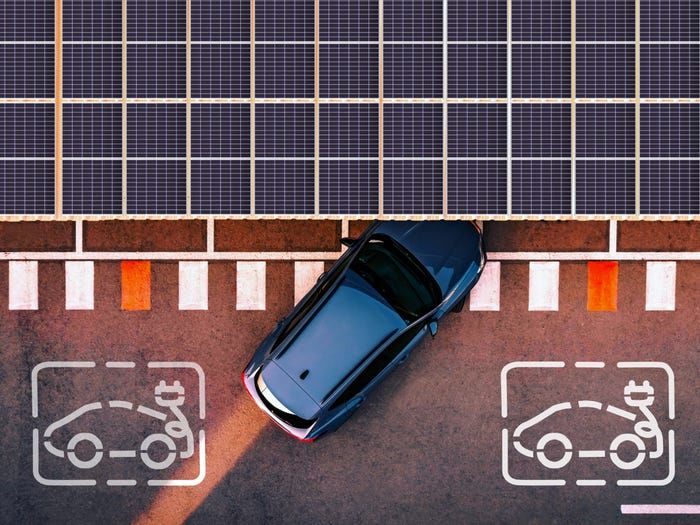 If successful, the project could extend the life of an EV battery by a decade or more.

The company is also set to launch a project focused on battery diagnostics aimed at diagnosing a battery pack before it's removed from the car. This will enable people to analyze whether the battery is suitable for a second life, without the dangers of taking it apart.

One of the benefits of having the state of health be easily readable in some capacity is that it makes the whole system more efficient, Slattery said. That's because whoever is handling the vehicle knows immediately whether it should be sent to a repurposing facility or straight to a recycling facility.

The cost to ship and recycle battery packs from passenger vehicles costs upwards of a thousand dollars per pack, according to ReJoule. The cost increases for larger commercial vehicles or transit vehicles, like buses. Chung said the consequences of the high cost is starting to show.

"We're already starting to see some of these pile up at customer sites," she said.

Getting one data point for one battery normally takes between six to 10 hours, depending on the battery and also the protocol used. This is separate from UL 1974, which is the only test standard that exists on repurposing batteries, which outlines a test procedure that takes about 40 hours non stop.

"Imagine if it just took you one full work week to qualify one used battery," Chung said. "Really not feasible."

Without the need for installing costly machinery, ReJoule's patent-pending technology can assess a battery's state of health in minutes, rather than hours. The technology, which requires far less training, is portable, too. This means that ReJoule's technology can travel wherever batteries are found, slashing the greenhouse gas emissions and overall cost of the grading process while completely obviating the need for premature recycling of a battery with a decade or more of useful life remaining.

"We're not the doctor, we're not necessarily going to heal a sickness," Chung said. "But we can identify it so that the necessary accommodation could be made."