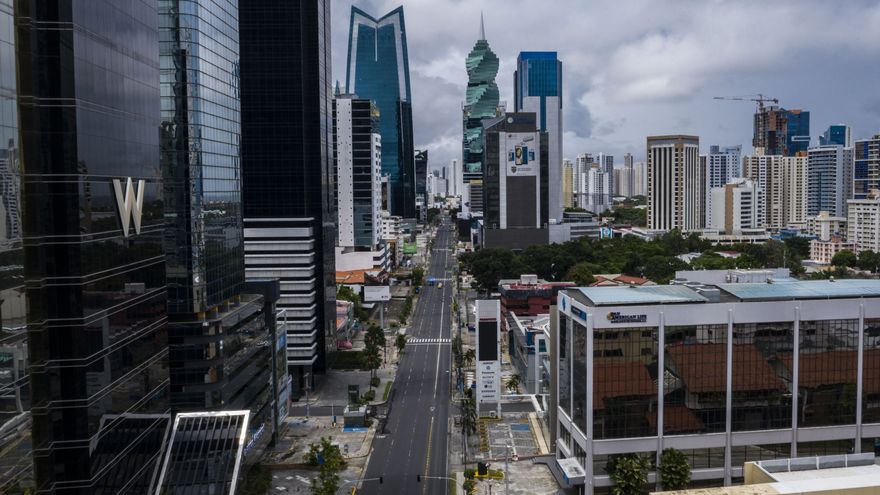 Presidents of business unions in Panama offered a press conference on Tuesday to raise their concern about the lack of a comprehensive plan against the COVID-19 pandemic in the country, the consequences of this on the private sector and jobs, and its rejection to the recent measures announced by the National Government.
The Ministry of Health announced this Sunday a total quarantine for the provinces of Panama and Panama Oeste from January 4 to 14, 2021, with suspension of working hours.

In a joint statement, read by De La Lastra, it is emphasized that this new closure will cause a setback in the economic reactivation and threaten the sustainability of the companies. After 10 months of paralysis of the productive sector, establishing a new quarantine will generate a continuous deterioration of the formal productive sector, the definitive closure of operations of hundreds of companies, thousands of lost jobs and an increase in informality. We cannot, under any perspective, accept that quarantine is the right direction.

Elisa Suárez, president of the Panamanian Association of Business Executives ( Apede ), said that the business sector learned of these measures along with the rest of the population.

He explained that of the 280,000 employment contracts suspended due to the health situation, 105,000 have been reactivated, and that of more than 20,000 closed companies, only 8,000 have been able to resume operations, and that with these new measures this is more unlikely.

We join this rejection of the quarantine. We have argued many times that the construction sector can and does work in open spaces, and we can keep much more distance, expressed the president of the Panamanian Chamber of Construction (CAPAC), Jorge Lara.

For his part, the president of the Panamanian Chamber of Commerce, Industries and Agriculture of Panama (CCIAP), Jean-Pierre Leignadier, made an energetic call to the Government to work strategically. We are requesting a comprehensive, coherent plan, it is not about isolated initiatives, but rather structured and coherent plans, he said.

In this joint statement, the businessmen urge the Government to enforce the established measures and impose sanctions on those who fail to comply with them. We are of the firm opinion that the certainty of the punishment should prevail in a systematic way, over those who fail to comply with the measures established by the authorities, De La Lastra said.

Aldo Mangravita, president of the Industrial Union of Panama (SIP), questioned that to date the use of the face screen has not been made mandatory in public transport, highlighting that this is an important measure that could help reduce infections.
#Elisa Suárez  #COVID-19  #Apede  #Cciap  #Covid
Add Comment