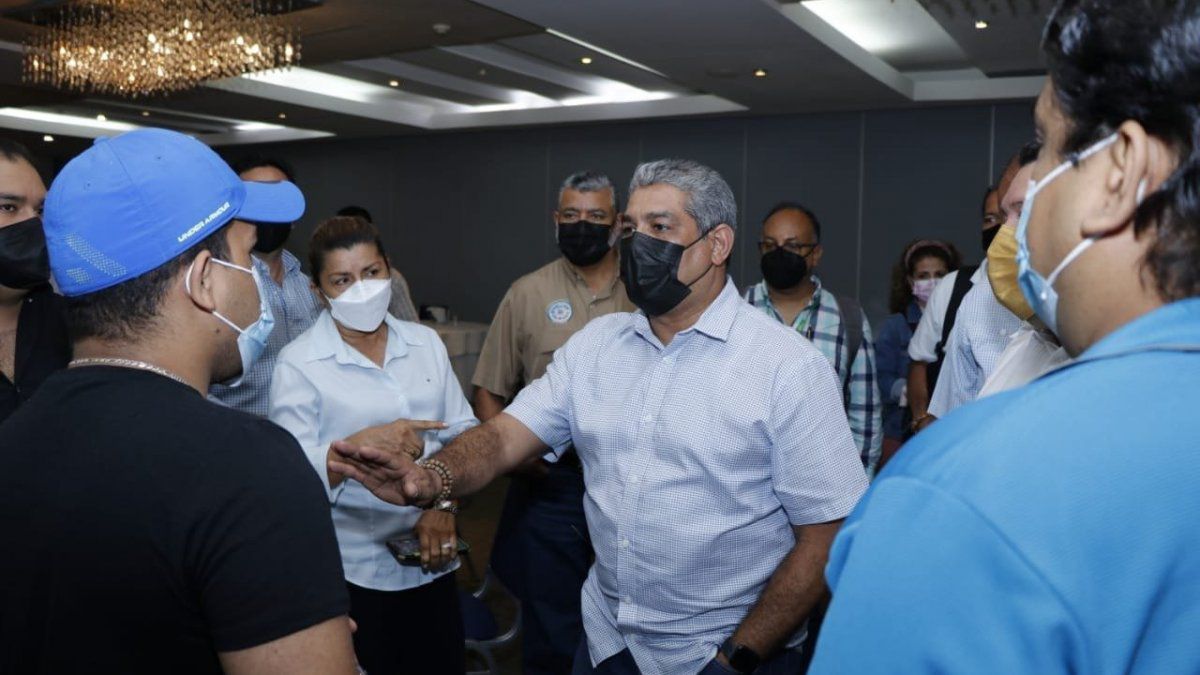 The Cciap considers that the announcement by the authorities about the curfew and quarantine for Chiriquí and Veraguas opens the door to uncertainty.
The Sunday bulletin of the Chamber of Commerce, Industries and Agriculture of Panama ( Cciap ) asks the authorities to carry out actions that are consistent with the plan of gradual return to normality and that these are transparent.

"One of the most important obstacles to economic and employment recovery is uncertainty. Facing this and other challenges will depend on everyone's responsibility to generate the confidence necessary to carry out actions that are not only transparent, but also consistent with the national reality. The authorities, in particular, are called upon to ensure that the measures established in this process are not contradictory to the detriment of a population that survives the COVID-19 pandemic , "the Cciap statement begins.

This call is made after the restrictions adopted by the health authorities for the provinces of Chiriquí and Veraguas, where cases of COVID-19 have been increasing and with a new curfew and total quarantine on Sundays the Ministry of Health seeks stop contagions.

"The sudden announcement by the authorities regarding the curfew and quarantine in the provinces of Chiriquí and Veraguas not only does not adhere to the points stipulated in that contingency plan that had been announced, but also opens the door to the uncertainty once again, which does not help the reactivation and generation of jobs in these regions and in the country in general ", highlights the Cciap.

The business union reminds the Minsa that although on November 10, 2020, this entity released the contingency plan in the event of an upturn in cases in the country, based on indicators such as the average number of transmission of COVID- 19 (Rt) of 1 or less, the fatality rate less than 3%; the availability of beds in the ward 20% and 15% in Intensive Care Units (ICU) and Respiratory Care Units (UCRE) and that within the contingency plan in the face of a rebound in these indicators, seven pillars of action were presented that pose a gradual and asymmetric return to the strictest measures of confinement and restriction of mobility; and that prior to this, both health communication and prevention measures were considered, and the announcement of the possibility of resuming restrictions

"After these actions, it is clear that this document has remained in an archived drawer. We insist that it be communicated accurately and clearly which are the indicators that will be taken into account and that these are raised within an orderly contingency plan," he said. the Cciap.

The businessmen recommend accelerating the vaccination process against COVID-19 at the national level, especially for the most vulnerable population, and emphasize that in this commitment, the private sector has made hospitals and resources available to cover the largest number of the population. possible.

The Cciap bulletin concludes by stating that this week, the National Institute of Statistics and Censuses (INEC) reported that Foreign Direct Investment fell 86.4%, a percentage that worries them too much.

"If we hope to recover this and other engines of the economy that create jobs, we can no longer continue living in uncertainty," concludes the Cciap.
#COVID-19  #Covid  #Cciap  #MINSA
Add Comment