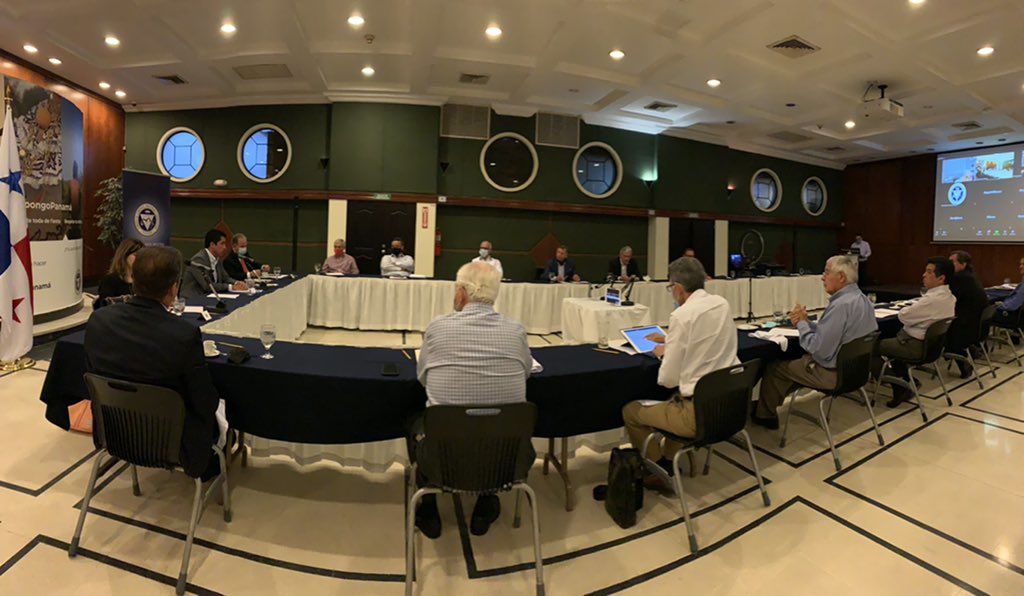 The Chamber of Commerce, Industries and Agriculture of Panama (Cciap) called on the government for transparency in the contracts of companies with the State, while demanding the end of the mobility restriction measures and a prompt economic reactivation.

The pronouncement of the business union comes after a meeting between the council of former presidents of the Chamber and the current president, Jose Ramón Icaza, in which they analyzed various points of national interest.

Regarding the negotiations that the State has carried out in recent weeks with port companies, energy and soon with the mining sector, the Chamber of Commerce recalls the importance of legal security, but that the authorities must be transparent by providing the corresponding information in regarding the processes and that these negotiations should have the objective of benefiting the country.

In the case of the Minera Panama contract, the Cciap highlighted the contribution that the company has made since it acquired the concession and that this must be balanced in the process.

"By understanding the current moments, the company has shown that it understands the need to sit down and review its framework of action in order to continue contributing responsibly to the country," said Icaza.

Similarly, the business union considers that this opportunity is propitious for the State to achieve a fair balance that recognizes royalties for the mineral resource that is extracted and a reasonable profitability that takes into account the risks associated with the activity.

“This negotiation must be a win-win process, in which the great winner is the country. This respecting the security and regulatory framework in such a way that the competitiveness of Panama is not affected, ”added Icaza.

Regarding the negotiation that was concluded with the Panama Ports Company, he stated that an explanation is still being awaited from the board of directors of the Panama Maritime Authority.

Regarding the economic situation that the country is experiencing, the Cciap reiterated that it presents an alarming picture compared to the health crisis, detailing that unemployment went from 7% to 18% and the drop in GDP of 8.5% in the first quarter of 2021.

"Let's accelerate the recovery of jobs and the economy, eliminating incoherent measures and opening vaccination to everyone," Icaza pointed out.

"Important meeting today with 22 former Presidents of the Chamber of Commerce in support and support of President Josè Ramón Icaza and J. Board of Directors to demand that the Government stop the quarantine, touchdowns, arbitrary closings and sweeping vaccination and more teaching to citizens"

mike 2 year ago
We have a completely destroyed economy in Panama. The government can be proud of that.
View all comments (1)Add comment