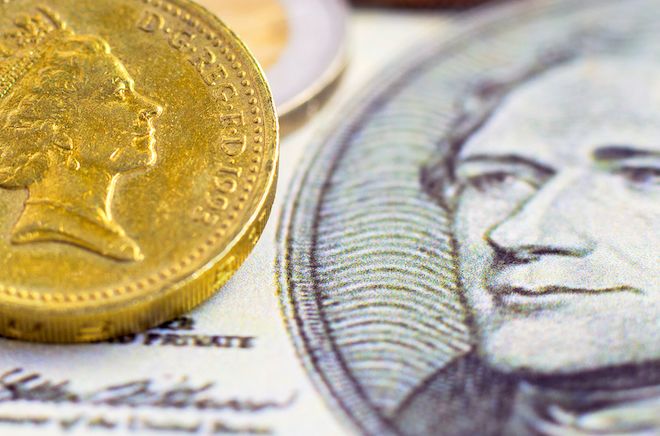 Building the Basis of a Transatlantic Response to Illicit Finance

In fact, its impact seems ever more insidious. Illicit finance is not merely the domain of criminals; it also supports kleptocrats and those engaged in grand corruption both for their own gain and, increasingly, for national advancement.

Central to this proliferation of dirty money is the role played by leading global financial centres as facilitators of, and safe harbours for, the money generated by kleptocrats and other malign actors. Chief among these havens are the US and the UK, where the realisation is dawning that illicit finance not only undermines the integrity of their economies, but it also threatens national security, notably being used to erode democracy.

Against this backdrop of increasing political support for greater action against illicit finance, RUSI’s Centre for Financial Crime and Security Studies held the first meeting of its Taskforce on a Transatlantic Response to Illicit Finance (TARIF) in late July. This meeting focused on how the US and the UK can shore up their domestic foundations, to plug the gaps that are all too often exploited by malign actors to facilitate flows of illicit finance around the globe.

TARIF also considered how the US and the UK – as key members of a range of relevant anti-financial crime and security communities – must collaborate to draw attention to the widespread failings of the contemporary global counter-illicit finance regime.

Fixing the Home Base

To ‘fix the home base’, TARIF members put forward the following starting points:

1. Central to advancing the response to illicit finance must be an acknowledgement by leading policymakers in the US and the UK that both countries have domestic vulnerabilities – with international consequences – that must be remedied. As the UK’s Economic Crime Plan (ECP) notes, ‘strong domestic action will underpin our efforts to combat economic crime and illicit financial flows at the international level’.


2. Supervision of ‘professional enablers’ – such as lawyers, accountants and real estate agents that provide the services that facilitate the moving and storing of funds – must be strengthened. Greater use should be made of technology to support supervision in both jurisdictions. In the UK, the CEO of the Financial Conduct Authority has talked of becoming a ‘data-led regulator’ – but what does this mean, and how does it become a reality? Smaller regulated entities must be subject to far more muscular supervision and enforcement to promote greater responsibility and cultural change. In both countries this will require a close look at the structure of the supervisory regime, ensuring that those responsible for supervision have no conflict of interest between their status as a membership organisation and supervisory responsibilities for those same members. In the US, this means supervising lawyers by making use of FinCEN’s (the US financial intelligence unit) existing authorities. This failure to regulate lawyers in the US, in particular, undermines the credibility of the US as a global leader in tackling illicit finance.


3. Furthermore, both countries must dedicate more attention to the supervision of real estate and private equity, asset classes favoured as havens for the proceeds of corruption. In the US, smart intelligence gathering tools, such as Geographic Targeting Orders, that require real estate title insurers to collect and report certain financial crime related information to FinCEN, should be placed on a permanent footing. In the UK, where a similar tool has been under consideration as part of the ECP, this should be introduced via reforms to the UK’s Proceeds of Crime Act to boost the paucity of financial crime intelligence currently gathered.


4. Vehicles that have proved to be loopholes in illicit finance defences, such as private schools and universities, as well as those that facilitate citizenship and residency schemes, should be subject to much greater scrutiny and potentially brought under anti-financial crime regulations. In this regard, the recent suggestion in the EU’s proposed new anti-money laundering (AML) regulation that companies offering investor residency schemes should also be covered by AML obligations is worthy of note.


5. Without strong enforcement, regulations and laws are meaningless. This shortcoming is particularly evident in the UK. Thus, a concerted effort must be made to greatly enhance the enforcement response to meet the current illicit finance threat. Where greater financial resources are needed, a new funding model may be required which could make use of the soon to be introduced Economic Crime Levy in the UK, but is likely to require more radical thinking – for example, increasing investment via the expanded use of seized criminal assets. Laws may also need adapting. For example, corporate criminal liability should be introduced to target enablers of illicit finance. Furthermore, to mitigate the fact that UK law enforcement currently faces situations in which it cannot risk the potential costs associated with pursuing high-value illicit finance cases, close consideration should be given to the introduction of cost-capping in civil cases.

Alongside acknowledging their domestic vulnerabilities, the US and the UK should lead an honest international discussion about the state of the current anti-financial crime system, a system that – to a great extent – does not work effectively. Given the countries’ positions in the G7, G20, the FATF and the UN Security Council, and their combined role as cheerleaders for the global effort to strengthen financial integrity, such a discussion would carry significant weight and mitigate legitimate accusations of double standards.

In addition, the US and the UK should commit to reforming the global anti-financial crime system focusing on outcomes – for example, clear impact on profit-motivated crimes such as human trafficking – and not outputs. This should be based on a whole-of-system approach, with responsibility in the private sector distributed in terms of risk, covering all professions (such as lawyers and real estate agents, not just banks) that contribute to financial crime.

Cross-border information sharing must lie at the heart of any meaningful recasting of the response to illicit finance. While domestic information sharing to fight financial crime has improved considerably in the past five to seven years, international sharing remains nascent. As they have done domestically, the US and the UK should lead the way by developing a transatlantic public–private information sharing partnership. This must include more private–private sharing, which is tactical, real-time and moves towards a shared data format so that resources can be most effectively deployed. This must also include greater involvement from intelligence agencies, an essential step for tackling illicit finance linked to kleptocracy.

Information sharing should not be restricted to traditional private sector actors but must also embrace social media providers, and consideration should be given to whether these new facilitators of illicit finance should also be placed within the regulated perimeter, requiring them to play a central part in the response to illicit finance.

Time for a Radical Rethink

No other countries have invested so much in developing the global policy architecture for combatting illicit finance. Now it is time for the US and the UK to unequivocally commit to getting their houses in order and lead by example. They should provide no excuses to those that have historically been able to point to US and UK shortcomings to justify their own failings. Washington and London should collaborate to use their positions of influence in the financial crime community to lead a radical rethink in the international response to illicit finance.