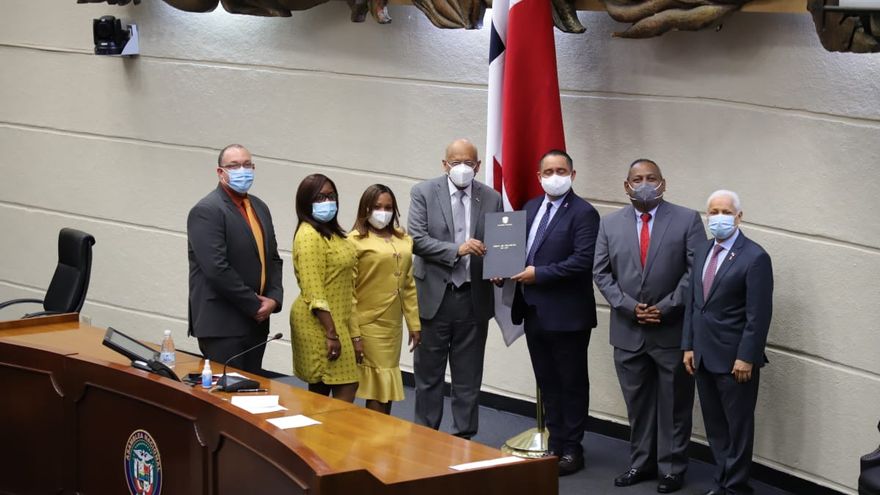 Budget for fiscal year 2021 was approved in the third debate

With 57 votes in favor, 4 against and 0 abstentions, Bill 362 was approved in the third debate, which dictates the General Budget of the State for fiscal year 2021.
The budget has an adjustment of $103 million in relation to the original budget.

Initially, the budget amount was $24.09 billion, however, the Executive Branch adjusted it leaving it at $24.19 billion on the recommendation of the Budget Committee.

Of that total, $16.42 billion are part of the operating line and $7.77 billion of the investment program.

For the year 2021, $3.97 billion are destined for the payment of the external debt, which represents 16.4% of the total adjusted budget and the $7.74 billion destined for physical investment, equivalent to 33%.

According to the breakdown, the budget for 2021 looks like this:

For the Ministry of Education and the Ministry of Culture the sum of $207.7 million for its institutional investment projects, which include projects such as: construction and rehabilitation of schools for $31.4 million, strengthening of educational technologies for $48.7 million.

The Institute for Training and Use of Human Resources (Ifarhu) was designated $357.6 million in scholarships for educational assistance and financial aid and $63.3 million for investments in the five official universities for higher education.

In the Health sector, the projects of this entity stand out, with a total of $187.0 million, broken down into: construction and improvements in health facilities $34.3 million, environmental health for $107.3 million, health equipment and facilities for $18.6 million and other projects for $26.9 million.

The Social Security Fund has an investment project for $345.2 million, of which $220.3 million, are for remodeling and construction of health facilities and $124 million for the acquisition of machinery and equipment.

The Gorgas Memorial Institute for Health Studies was assigned $27.7 million, which includes a project for the construction and remodeling of facilities and research.

While the Panamanian Institute of Sports was assigned $49.6 million and SENACYT was established the amount of $37.5 million for the Science and Technology programs.

In the National Aqueducts and Sewers Institute (Idaan), it was stipulated $194.3 million, detailed in $129.9 million in water system development, $38.5 million in sewerage system and $26.0 million for complementary investments.

The Ministry of Social Development will have a budget for conditional cash transfer and other programs for $256.2 millionThe entities SENADIS, SENNIAF and INAMU have assigned $6.5 million for its investment projects.

The budget highlights the projects executed by the Ministry of Agricultural Development for the sum of $96.9 million, which include a productivity improvement program, technological development, and rural agricultural development, among others.

In approving the budget, the deputies who voted against are the members of the independent bench, Juan Diego Vásquez, Gabriel Silva, Edison Broce and Raúl Fernández.

Silva reiterated his vote against since he considers that the budget is not participatory, it is not prepared based on goals and is not consistent with the situation in the country; While the deputy of the Democratic Change party, Mayín Correa stressed that this project is only made to pay payroll and to satisfy party policies, but it is useless because there are no investments in health, or education, nor does it contemplate the hundreds of Panamanians living in extreme poverty.

Meanwhile, Yanibel Ábrego and Alaín Cedeño, from the Democratic Change bench; As well as, Leandro Ávila and Raúl Pineda, from the Democratic Revolutionary Party (PRD), agreed that saying no to the 2021 budget is saying yes, to the current document where travel expenses do not change, and there is no reduction.

According to the ECLAC forecast, the Panamanian economy will go down 6.5% this year as a consequence of the measures applied to face the pandemic; while the IMF estimates a fall in GDP of about 9% in 2020 and a growth of 4% by 2021.
#Cedeño  #Gorgas  #Senniaf
Add Comment