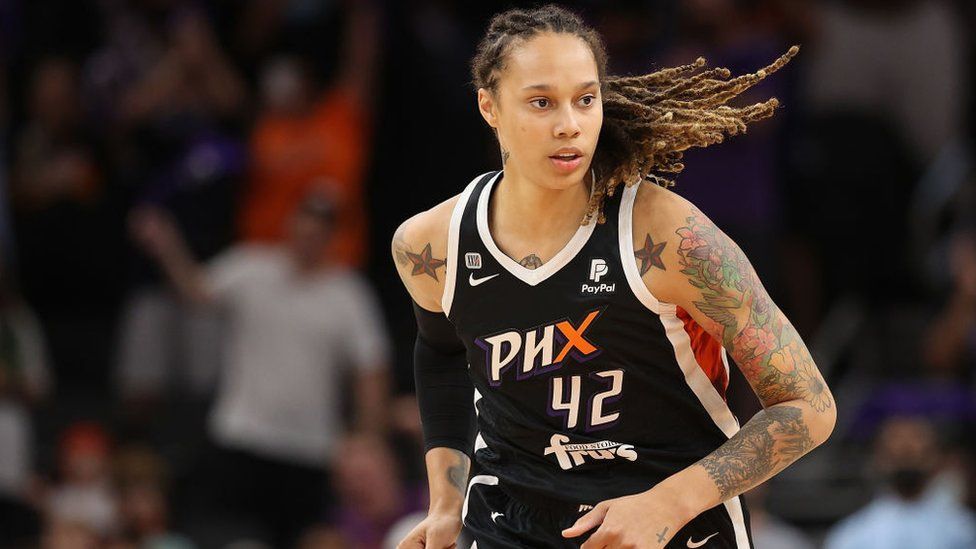 Ms Griner, 31, is believed to be in prison on drug charges, after airport customs officials allegedly found cannabis oil in her luggage.

She could face up to 10 years in prison if convicted.

Ms Griner is widely seen as the best female basketball player of all time. She is one of just a handful of players to have won a college championship, WNBA and EuroLeague titles and an Olympic gold medal. Since 2015 she has played for a Russian team during the WNBA off-season.

"All of her accomplishments is far ahead any male counterparts that you could really think of," said Melissa Isaacson, a sportswriter and professor at Northwestern University in the US state of Illinois.

But nearly two months after her arrest, little is known about her circumstances. The US state department, the WNBA and family and friends of Ms Griner have for the most part remained quiet about her arrest.

Last month, a Moscow court announced it would extend Ms Griner's detention until 19 May, according to state news agency Tass.

Asked about Ms Griner on Monday, White House press secretary Jen Psaki offered little about the player's case, but said it was "not typically constructive" to talk about Americans detained abroad.

"It can, historically, impact our ability to bring them home," she said.

A state department spokesman told the BBC a consular officer had been granted a visit with Ms Griner last month, on 23 March.

"We continue to insist that they allow consistent, timely consular access to all US citizen detainees in Russia," the spokesman said in a statement. "We are closely engaged on this case and in frequent contact with Ms Griner's legal team."

Ms Griner's absence will be all the more apparent next month when the WNBA begins its regular season. The veteran had been expected to play her eighth season with the Phoenix Mercury.

Last week, when the WNBA gathered for training camp, some of her fellow players broke their silence, saying it could have been "any of us" arrested overseas.

Like Ms Griner, about half of WNBA players compete overseas in the WNBA off-season. For most, it is a way to augment their domestic income: WNBA players receive roughly five times more in Russia than they do in the US.

"The big thing is the fact that we have to go over there," said Seattle Storm player Breanna Stewart.

"WNBA players need to be valued in their country and they won't have to play overseas."
Add Comment