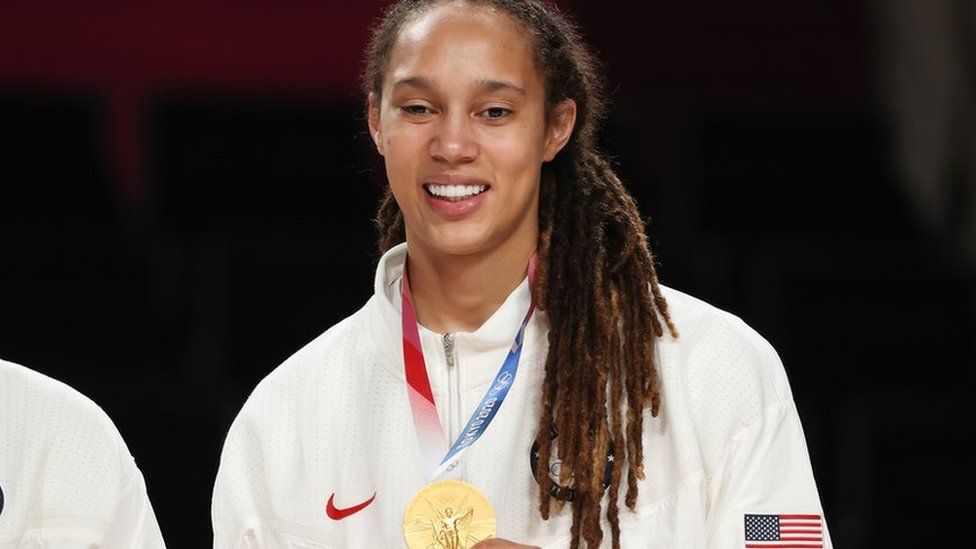 A Russian court has extended the detention of US basketball star Brittney Griner for another two months, reports state news agency Tass.

The 31-year-old has been held in Moscow since February when customs officials allegedly found cannabis oil in her luggage.

Hillary Clinton had called for her release, after re-tweeting a BBC article about the player's predicament.

But the Moscow court announced on Thursday it was keeping her in custody.

"The court granted the request of the investigation and extended the period of detention of the US citizen Griner until May 19," the court said, according to Tass.

Arguably the greatest female basketball player of all time, the double Olympic gold medallist has been called the "Tom Brady of her sport".

Ms Griner went to Russia to play during the US league's off-season.

In one of the last public sightings of her, captured on CCTV, the player is seen walking through security at a Moscow airport trailing a small, black suitcase.

A star centre for the Phoenix Mercury team, she had landed at the Sheremetyevo airport, there to play another season with a Russian league.

But a month after her detention, little has been known about her circumstances.

Ekaterina Kalugina, a member of Public Monitoring Commission, a semi-official body with access to Russian prisons, told Russian news agency TASS Ms Griner was sharing a cell with two other women with no previous convictions.

She said Ms Griner's "only issue" was that the prison beds were too short for her tall frame.

Fans have criticised the muted response to the player's arrest, but the US State Department says it is doing everything it can to help her.

Ned Price, the department's spokesman, told the BBC: "Every time a US citizen is detained anywhere around the world, our diplomats, our consular affairs officers spring into action to provide any and all forms of assistance that we can.

"When it comes to Brittney Griner, of course we've been working very diligently on this case... and we have been in close touch with those around her, providing all forms of appropriate support, and will continue to do that."