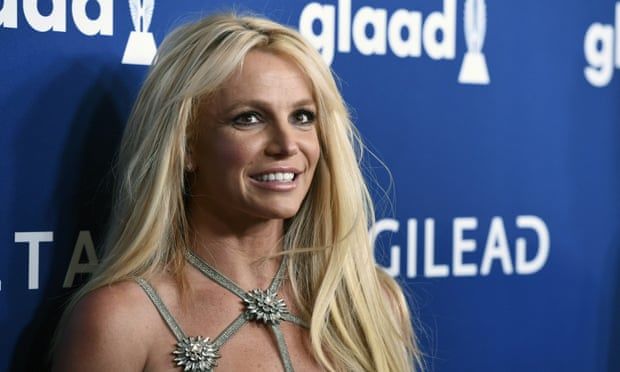 Singer shares letter from Congressmen Charlie Crist and Eric Swalwell on Instagram, saying she was ‘immediately flattered’
The singer Britney Spears has shared a letter she received from two members of the US House of Representatives inviting her to Congress to talk about her long-running legal battle over her conservatorship that ended with victory in November.

“I was immediately flattered and at the time I wasn’t nearly at the healing stage I’m in now,” Spears, 41, said in the Instagram post about the letter she received in December from Congressmen Charlie Crist of Florida and Eric Swalwell of California.

“I’m grateful that my story was acknowledged. Because of the letter, I felt heard and like I mattered for the first time in my life!!! In a world where your own family goes against you, it’s actually hard to find people that get it and show empathy.”

The letter conveyed Crist and Swalwell’s congratulations to Spears and her attorney Mathew Rosengart for winning the case that ended the conservatorship of the singer’s affairs, which lasted for almost 14 years and was mostly under the direction of her father, Jamie.

In an interview following her courtroom victory in December, Spears said the entire affair had left her “scared” of the music business.

The House representatives said they were troubled that “for years you were unable to hire your own counsel to represent your personal and financial interests”, among other issues, and invited Spears to Congress to speak about her “empowering” story and for them to learn more of “the emotional and financial turmoil you faced within the conservatorship system”.

In her post, Spears thanked the congressmen for the invitation but did not indicate if she intended to take it up.

“I want to help others in vulnerable situations, take life by the balls and be brave. I wish I would have been,” she said.

“Nothing is worse than your own family doing what they did to me. I’m lucky to have a small circle of adorable friends who I can count on. In the meantime thank you to Congress for inviting me to the White House [sic].”

An apparently starstruck Crist responded to Spears’ post in a short video clip of his own, released on Thursday morning.

“I wanted to thank Britney Spears for sharing on social media about the conservatorship and the letter that I and Eric Swalwell wrote to her to make sure she understood what was going on,” Crist said.

“I’m so happy for her, glad that her conservatorship was resolved. God bless her.”

Despite winning back control of her affairs, Spears is still embroiled in disputes with her family.

She has threatened legal action against her sister Jamie Lynn for a tell-all book she claims contains “misleading or outrageous claims” and is “potentially unlawful and defamatory”. And in January she made new allegations of financial impropriety against her father in response to his insistence she pay his legal bills.
Add Comment