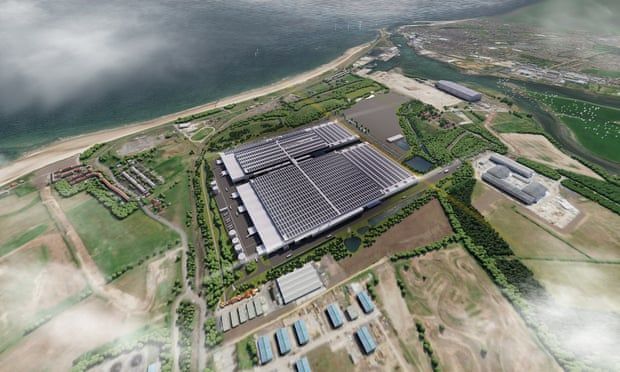 The deal to build an electric car battery plant near Blyth will bring up to 3,000 jobs to the area by 2028

The UK government will invest £100m in Britishvolt as the car battery manufacturing startup seeks to build Britain’s first large-scale “gigafactory” in the north-east of England.

The government’s Automotive Transformation Fund will invest alongside asset management company Abrdn and its majority-owned property investment arm, Tritax, to fund a sale and leaseback deal for the huge building that will house the electric car battery factory, near Blyth in Northumberland.

Peter Rolton, Britishvolt’s executive chairman, said: “The UK automotive industry needs a local source of batteries. Chinese or other Asian imports are not going to be an option. There will be very, very significant shortfalls of batteries. We are absolutely vital to maintain the UK industry and support those jobs.” 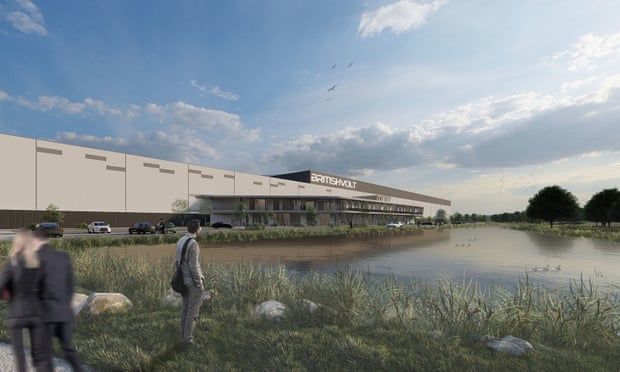 Britishvolt is one of two major UK battery manufacturing projects that has secured funding, alongside an expansion of an existing plant at Sunderland owned by China’s Envision that supplies to Nissan.

The company is hoping to build the plant rapidly with the aim of supplying a large part of the UK car industry’s needs as it transitions from internal combustion engines to electric cars that produce zero exhaust emissions. It is in talks with several potential clients, and sportscar maker Lotus has signed a memorandum of understanding, Bloomberg reported on Thursday.

The plant will employ about 3,000 workers when it is at full capacity in around 2028. The first batteries are scheduled to start production in 2024 to take advantage of rising demand ahead of the UK’s 2030 ban on new cars without a battery.

The government and Britishvolt declined to detail the size of the government investment, citing commercial confidentiality. However, a source with knowledge of the negotiations said it was worth about £100m.

The government-funded Advanced Propulsion Centre calculates that the UK will need to produce batteries with a capacity of 90 gigawatt hours (GWh) a year if it is to retain a car industry of a similar size. Current UK production capacity is less than 2GWh, but Britishvolt hopes to produce 30GWh.

Rolton said: “The company was still working on the timing of a planned stock market listing which will raise the money to build the production line. The full project is expected to cost £3.8bn, but the government backing has already helped in conversations with potential investors.”

Britishvolt has previously won backing from Glencore, the FTSE 100 miner, and preparatory construction work at the 93-hectare site has begun.

Securing investment in UK-based battery manufacturing has been an important goal for the government. The prime minister, Boris Johnson, has on several occasions referred to his hopes for the project as part of his plans to “level up” parts of the country that have missed out on investment in recent decades.

The plant will be based in the constituency of Wansbeck, narrowly retained by Labour in the 2019 general election. It is next door to Blyth Valley, a seat formerly part of Labour’s “red wall”, which voted in a Conservative MP for the first time in that election.

Johnson said the plan “is a strong testament to the skilled workers of the north-east and the UK’s place at the helm of the global green industrial revolution”. He added that the factory will “boost the production of electric vehicles in the UK”.

Rolton said Britishvolt had taken part in a jobs fair in the area which prompted “queues round the block”, while some parents even took children out of school to attend. “That’s what it means for the area,” he said.