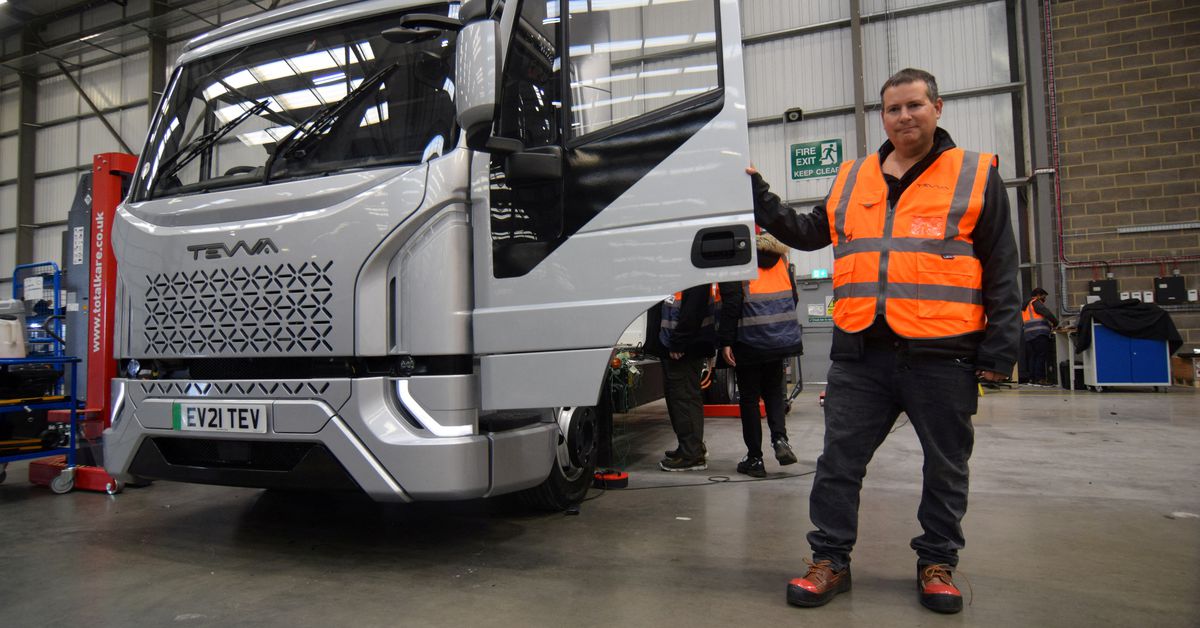 British commercial electric vehicle (EV) startup Tevva on Thursday launched its first truck with a hydrogen fuel cell booster which should drive up to 310 miles (499 km) and provide fleet operators with greater zero-emission range.
Tilbury, England-based Tevva has so far raised $140 million from investors and later this year will launch production of a fully-electric version of its 7.5 tonne truck.

The startup said it will launch production of the hydrogen fuel-cell version of its 7.5 tonne truck in 2023, followed by 12 tonne and 19 tonne models.

"We're big believers in this dual-energy approach because batteries alone don't always serve the needs of all our customers," Tevva chief executive Asher Bennett told Reuters. "Batteries are heavy so can eat into payload and charging very large batteries is not always easy."

Hydrogen fuel cells are seen by some in the trucking industry as a long-range solution because they are far lighter than batteries.

But hydrogen fuel-cell cars need infrastructure for producing "green" hydrogen using renewable energy and fuelling stations, which are unlikely to be in place until the 2030s.

Harsh Pershad, Tevva's head of hydrogen, said the startup is working with providers of hydrogen fuelling options for fleet customers.

In the last couple of years, investors seeking the next Tesla (TSLA.O) pumped billions of dollars into EV startups.

But as traditional automakers prepare to churn out electric vans and trucks, startups are seeking a competitive or technological edge to stay on the road.

EV maker Canoo (GOEV.O) warned investors in May it might not be able to meet its financial obligations and had "substantial doubt" about its going concern.
#Tesla
Add Comment