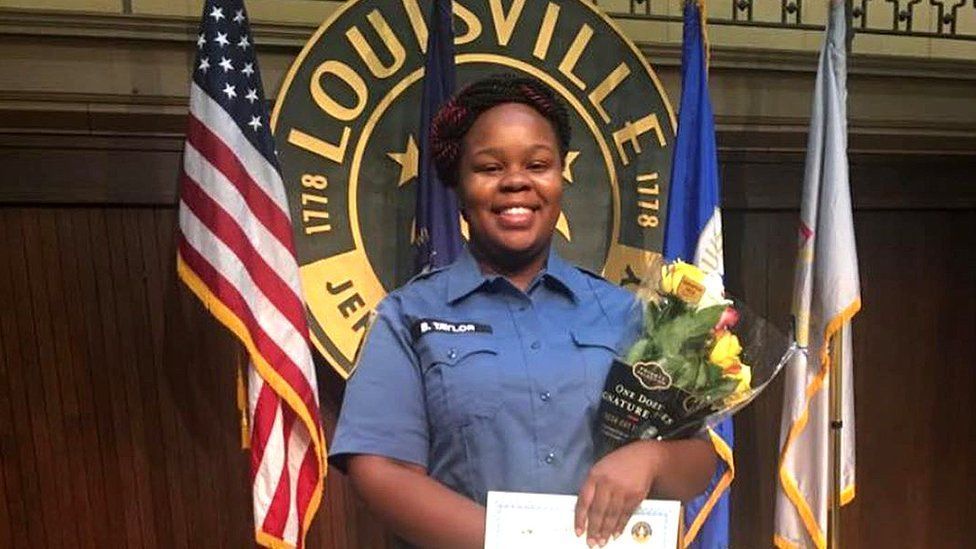 Four US police officers have been arrested and charged over the fatal shooting of Breonna Taylor.

Ms Taylor was killed in her home in Louisville, Kentucky, on 13 March 2020 by plainclothes police who were executing a "no-knock" search warrant.

The hospital worker, 26, was shot as officers stormed the apartment just after midnight while she was with her boyfriend, Kenneth Walker.

Her death sparked racial injustice protests around the country.

Federal investigators say that three of the four officers conspired to falsify the arrest warrant that led to Ms Taylor's death.

Only one officer involved in the raid - former Louisville detective Brett Hankinson - had been previously charged over the case. He was the only one of the four indicted on Thursday who was present at the scene of Ms Taylor's shooting.

Mr Hankinson, who fired 10 shots during the raid, was acquitted by a jury earlier this year of endangering Ms Taylor's neighbours when some of the bullets he fired entered their home.

The other officers charged by the Department of Justice are Joshua Jaynes, also a fired officer, and serving officers Kelly Hanna Goodlett and Kyle Meany. Louisville police say they are trying to fire Mr Meany and Ms Goodlett. 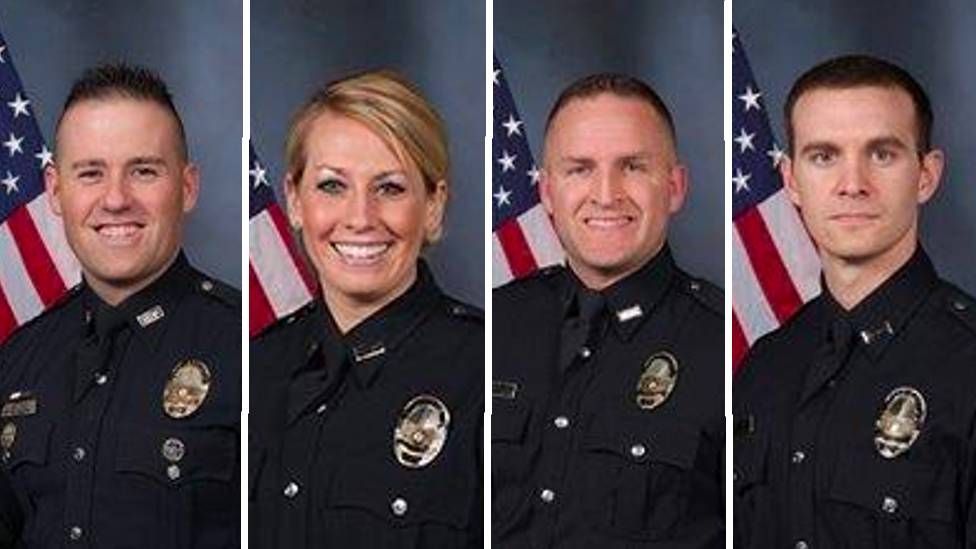 Mr Hankinson is accused of civil rights offences for firing his service weapon into Ms Taylor's apartment through a covered window and glass door.

No drugs were found at the property, though Jefferson County Prosecutor Thomas Wine said the search had been cancelled after the shooting.

The warrant, which was signed by Mr Jaynes, said that police had confirmed packages for Glover were being sent to Ms Taylor. Investigators say they later discovered that police had never confirmed this with the postal inspector, as claimed on the warrant.

According to prosecutors, Mr Jaynes and Ms Goodlett met in a parking garage days after the shooting to arrange a cover story to justify the falsified evidence that led to the warrant.

Reacting to news of the charges on Thursday, the family's lawyers said: "Today was a huge step toward justice."

Kenneth Walker shot and wounded one of the police officers, Sgt John Mattingly, in the leg during the raid, taking him for an intruder. He was charged with attempted murder, but the case was dismissed.

Mr Walker said he had fired out of self-defence, and a judge permanently closed the case against him, meaning he can't ever be charged again over it.

Ms Taylor's death - along with that of two black men, George Floyd in Minnesota and Ahmaud Arbery in Georgia - was invoked during anti-racism protests across the US in the summer of 2020.