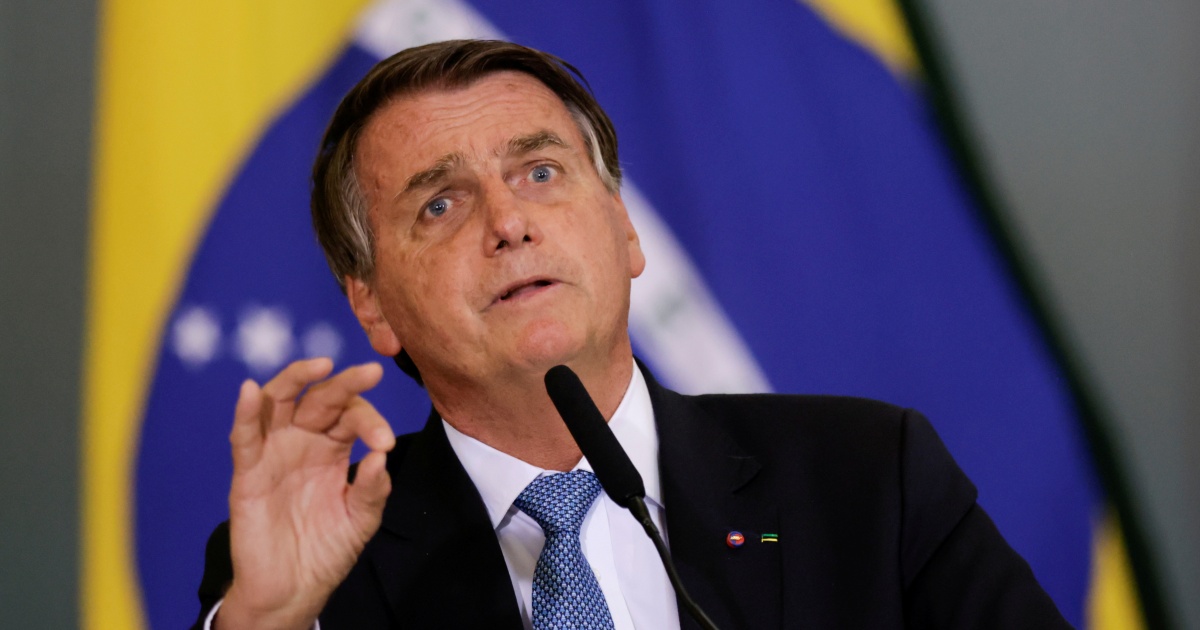 A Brazilian Supreme Court judge has ordered the shutdown of popular messaging application Telegram in the country, effectively banning one of far-right President Jair Bolsonaro‘s favourite communication channels ahead of elections later this year.

The decision comes as Bolsonaro gears up to seek re-election in October, counting on Telegram to rally his base amid slumping public support and criticism over his government’s handling of the COVID-19 crisis. The president has more than 1 million followers on the platform.

“Telegram’s disrespect for Brazilian law and repeated failure to comply with countless court decisions … is completely incompatible with the rule of law,” Moraes wrote in his decision.

The judge said the company had repeatedly refused to comply with rulings and requests from police, the Superior Electoral Tribunal and the Supreme Court itself.

That includes a Supreme Court-ordered investigation into allegations that the Bolsonaro administration had used official communication channels to spread disinformation, he said. Bolsonaro has openly clashed with Moraes, who ordered him personally investigated in that case.

The president took to Twitter on Friday, posting a link to subscribe to his channel on Telegram, which was still operational in Brazil in the afternoon.

“Our Telegram informs people every day of many important actions of national interest, which many regrettably omit,” Bolsonaro said. “Welcome, and share the truth.”

Meanwhile, the judge gave Wilson Diniz Wellisch, the head of telecoms regulator Anatel, 24 hours to implement the suspension, which would stand until Telegram complies with outstanding judicial orders, pays a series of fines, and presents a country representative before the court.

Moraes also ordered Apple and Google to help block users on their platforms from being able to use Telegram in Brazil; both tech giants declined to comment.

Anatel said it had “forwarded the judicial decision to the entities operating in the regulated sector”.

Telegram, which has proved popular with far-right groups worldwide, did not respond to a request for comment from the Reuters news agency. Brazil’s federal police also declined to comment.

In a political playbook similar to the one used by former US President Donald Trump, Bolsonaro has said multiple times over the past months that Brazil’s electronic voting system was rigged during the 2018 presidential election, which he won.

He also has cast doubt on the integrity of this year’s elections, implying he might not accept the results if the electronic system is not changed to one that includes printed receipts that can be recounted.

Bolsonaro’s claims have been rebuffed by Brazilian judicial experts, and critics have accused him of seeking to sow doubt ahead of the vote in order to dispute the results.

The far-right leader is widely expected to face off against former left-wing President Luiz Inacio Lula da Silva, who is likely to win against Bolsonaro at the polls.

Bolsonaro, who has had various posts blocked on Facebook, Twitter and YouTube for violating their rules on misinformation, has been eagerly encouraging his base to follow him on Telegram ahead of the October elections.

The decision “will have big political and electoral repercussions”, tweeted political analyst and digital communications specialist Pablo Ortellado. “This could move one of the main game pieces of the campaign.”