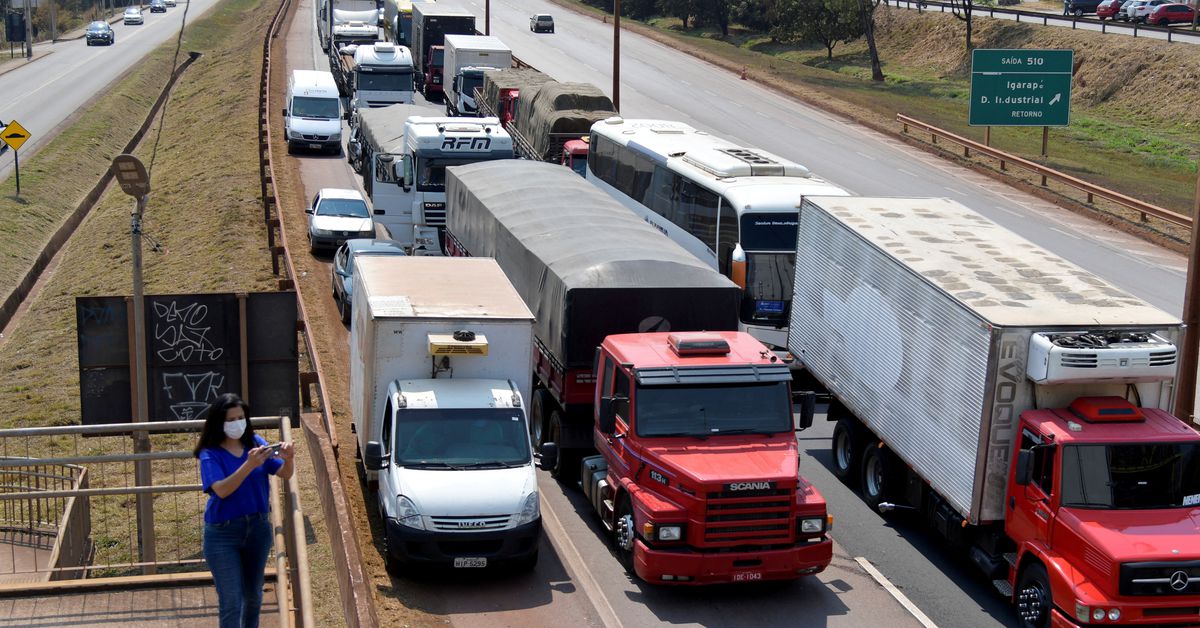 High fuel prices resulting from the Ukraine war have created an economic emergency in Brazil that justifies a massive aid package for self-employed truckers and others, the senator behind the government-backed proposal said on Wednesday as he unveiled the measure.
The proposed constitutional amendment, scheduled to be voted on Thursday, is seen as crucial to boosting support for President Jair Bolsonaro, who faces an uphill battle to win re-election in October.

In addition to the 1,000 reais ($192.38) aid for truckers, the bill also seeks to increase by 50% the amount paid in the Auxilio Brasil social welfare program, and increase a gas voucher.

The state of emergency "will not be an open door for new expenses," Bezerra said in a press conference, noting the proposal has enough support for a Senate vote. It would still require approval in the lower house for passage.

According to Bezerra, the total impact of the new benefits is around 38.75 billion reais ($7.5 billion).

Brazilian Treasury Secretary Paulo Valle acknowledged during a separate conference on Wednesday that the spending proposal, along with a recent tax cut on gasoline prices, will negatively impact the budget by $55.5 billion this year.

But he said the cost should be offset by income from the privatization of power company Eletrobras (ELET6.SA), and from dividends by the state-owned oil firm Petrobras (PETR4.SA) and development bank BNDES.

Therefore, the new measures do not change the government's commitment to fiscal consolidation, said Valle, adding that the 65 billion reais primary deficit forecast for this year remains unchanged from May.