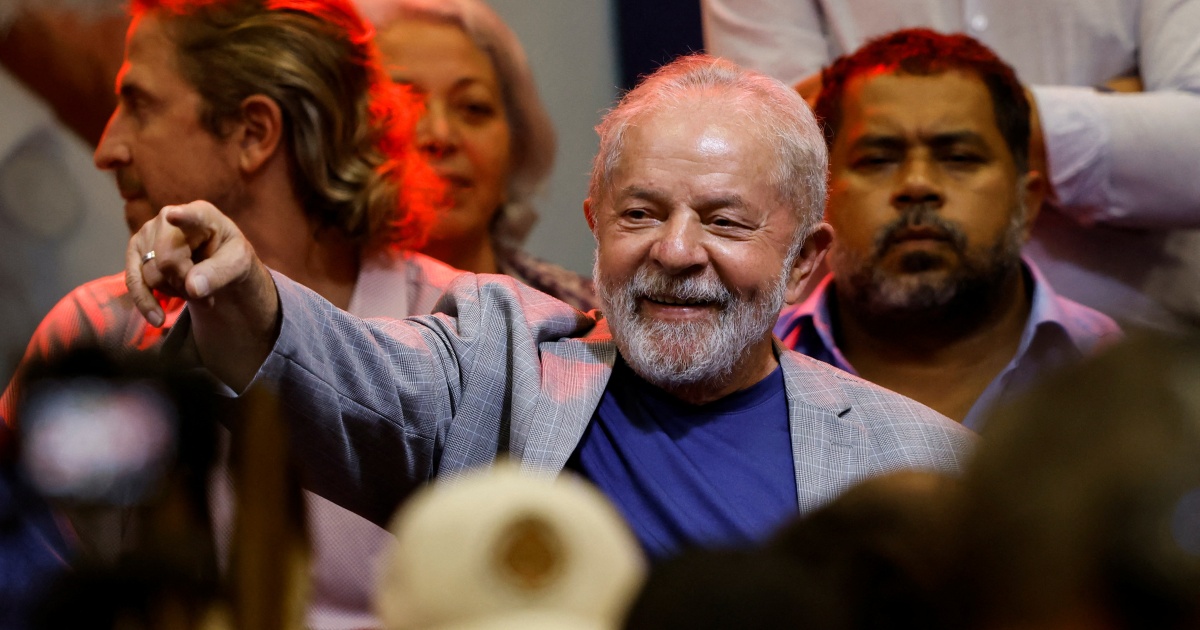 Brazil’s former left-wing President Luiz Inacio Lula da Silva holds a comfortable lead over far-right President Jair Bolsonaro, a new poll has shown, as the political rivals are expected to face off in an October vote.

Lula, who served two terms as president from 2003 to 2010, would win a first-round vote by 43 percent to 29 percent if the election were held today, the survey released on Monday by pollster FSB Pesquisa found.

Lula’s 14-point lead widens to 19 percentage points in a runoff between the two main contenders, said the poll, which was commissioned by investment bank BTG Pactual.

The results came as Bolsonaro, who has faced widespread criticism and a Senate inquiry into his government’s handling of the coronavirus pandemic, was expected to launch his re-election campaign on Sunday, focusing on corruption under Lula.

A Brazilian judge last year annulled a corruption conviction against the left-wing leader, opening the way for him to run again. Lula has yet to formally declare his candidacy, but he has invited centrist Geraldo Alckmin, a former governor of Sao Paulo state, to be his running mate. 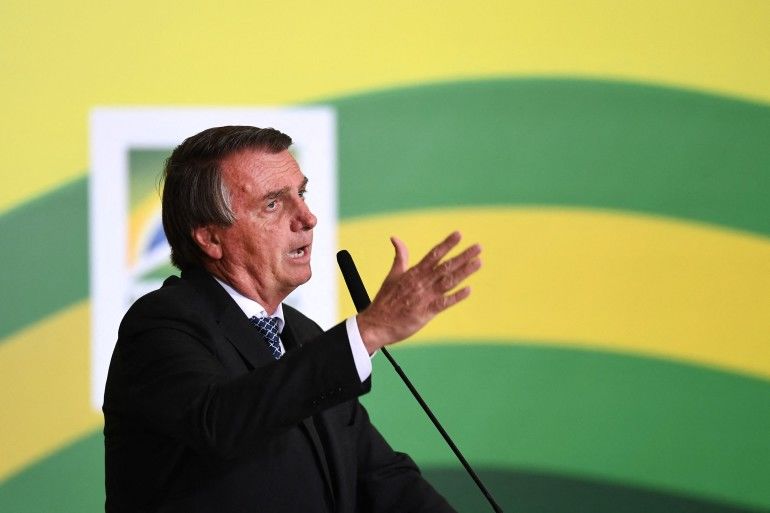 Meanwhile, on Sunday, a Brazilian Supreme Court judge reversed a ruling ordering the shutdown of messaging application Telegram, which had been accused of failing to comply with judicial orders to remove disinformation on the platform.

“Considering that the [court’s requested changes] were fully attended to, I revoke the decision to fully and completely suspend the operation of Telegram in Brazil,” Judge Alexandre de Moraes wrote in a document released by the court.

Company founder Pavel Durov had apologised to the Supreme Court, blaming a “communication problem” that he said was due to misplaced emails.

Friday’s order to block the app across Brazil never went into effect and Telegram had continued to function normally throughout the weekend.

Telegram has been one of Bolsonaro’s favourite platforms, with the far-right leader expected to use it to rally his base before October’s election amid slumping public support.

Bolsonaro, who has had various posts blocked on Facebook, Twitter and YouTube for violating their rules on misinformation, has been encouraging his supporters to follow him on Telegram, where he has more than one million followers.

The president had called the app’s suspension “inadmissible”, saying it threatened the freedoms of Brazilians. The judge “failed to act against the two or three people that according to him should be blocked, so he decided to affect 70 million people … What is at stake is our freedom,” he said.

According to Monday’s FSB Pesquisa poll, Bolsonaro’s rejection rate is the highest among all potential presidential candidates, with 59 percent of those surveyed saying they would never vote for him.

A majority of the 2,000 voters interviewed by phone between March 18 and 20 as part of the survey – or 61 percent – said they disapproved of the way Bolsonaro was governing Brazil, while 34 percent approved. The poll has a margin of error of 2 percentage points.

Bolsonaro has remained defiant, however, dismissing the polls as inaccurate.

“I don’t believe in polls, but the guy who practically destroyed Brazil is ahead,” he said in a radio interview, referring to Lula. “Either the surveys are fraudulent or people are not well informed.”

In recent months, experts have warned that Bolsonaro has played a “direct and relevant” role in spreading disinformation about Brazil’s electoral process.

In a political playbook similar to the one used by former US President Donald Trump, Bolsonaro has said multiple times during the past year that the country’s electronic voting system was rigged during the 2018 presidential election, which he won.

He also has cast doubt on the integrity of next year’s elections, implying he might not accept the results if the electronic system is not changed to one that includes printed receipts that can be recounted. Bolsonaro’s claims have been rebuffed by Brazilian judicial experts.