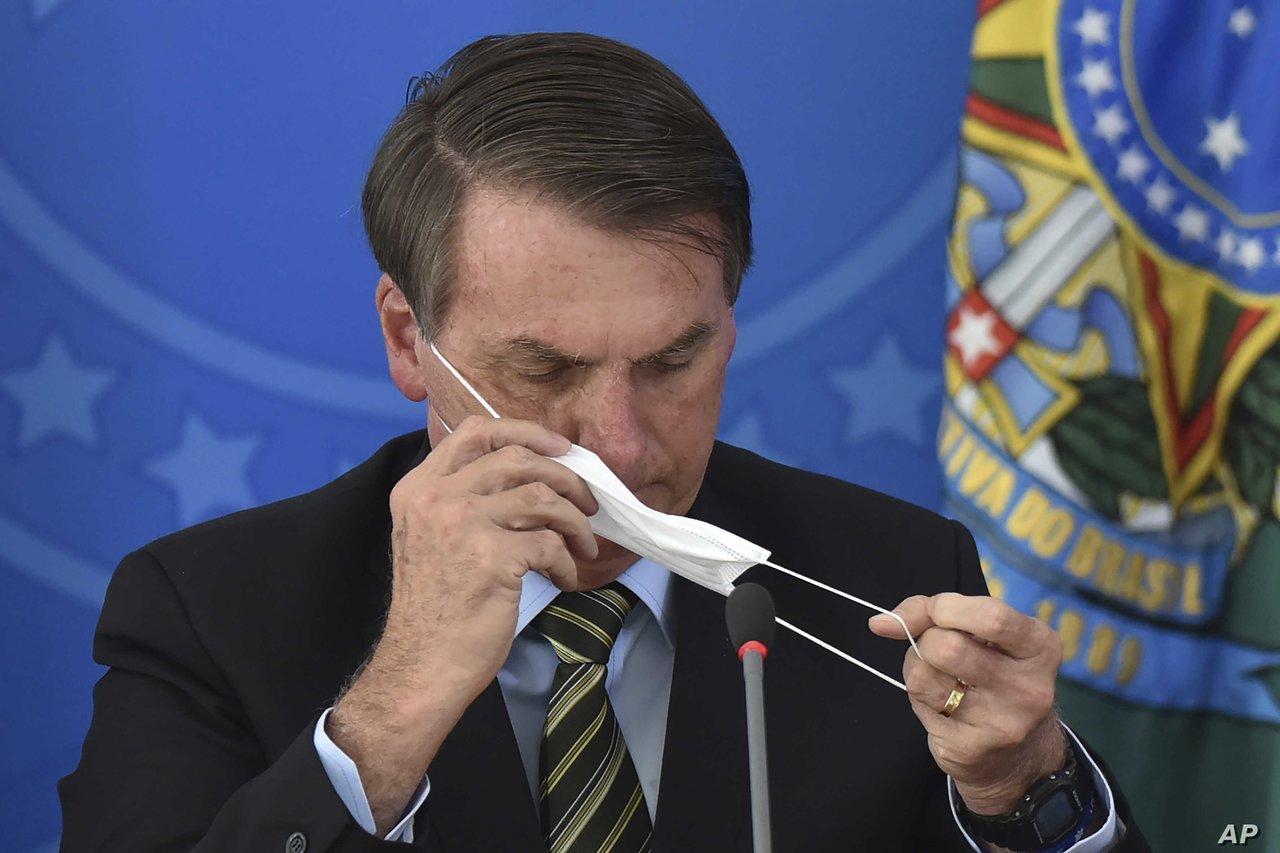 Brazil will now only report numbers for the past 24 hours, no longer giving the cumulative data.

Brazil has removed months of data on Covid-19 from a government website amid criticism of President Jair Bolsonaro's handling of the outbreak.

The health ministry said it would now only be reporting cases and deaths in the past 24 hours, no longer giving a total figure as most countries do.

Mr Bolsonaro said the cumulative data did not reflect the current picture.

Brazil has the world's second-highest number of cases, and has recently had more new deaths than any other nation.

The Latin American country has more than 640,000 confirmed infections, but the number is believed to be much higher because of insufficient testing. More than 35,000 people have died, the third-highest toll in the world.

The far-right leader has been criticised for rejecting lockdown measures recommended by the World Health Organization (WHO) and, on Friday, threatened to pull out of the body, accusing it of being a "partisan political organisation".

What did Brazil's authorities say?


On Saturday, the health ministry removed from its official website the Covid-19 data it had been documenting over time and by state and municipality.

On Twitter, Mr Bolsonaro said "the cumulative data... does not reflect the moment the country is in" but did not explain why the information had to be removed or could not be released. He said additional measures were being taken to "improve the reporting of cases".

The decision has been widely criticised by journalists and members of Congress. The removal of the data happened after Brazil reported more than 1,000 deaths for four consecutive days.