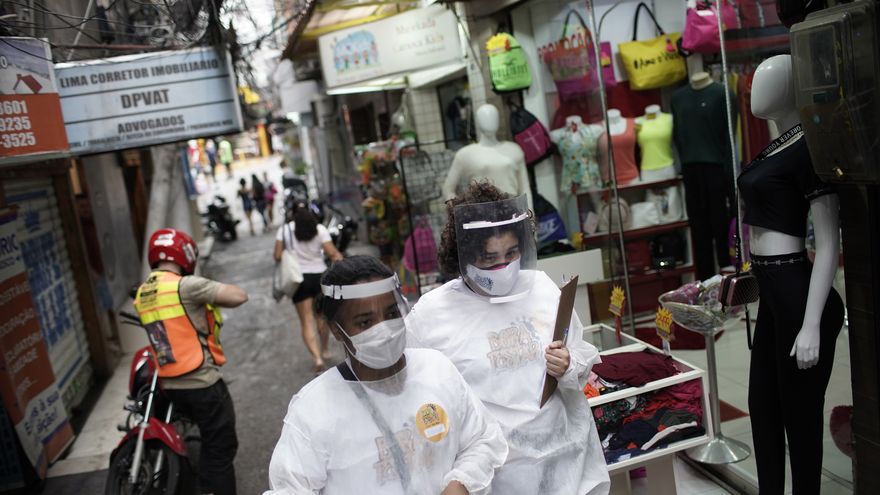 Total COVID-19 deaths in Brazil surpassed 150,000 on Saturday night, despite signs that the pandemic is slowly declining in Latin America's largest nation.
The Brazilian Ministry of Health reported that the death toll now stands at 150,198, the second highest in the world - just below the United States - according to the Johns Hopkins University count.

The increase in infections has rekindled the pain of Naiane Moura, a sales consultant who lost her father Elivaldo to COVID-19 in April. The 58-year-old postman had no previous illnesses and dealt with the coronavirus for seven days in a public hospital in Manaus, the largest Brazilian city in the Amazon.

When I see that there are 150,000, I see my father along with many other faceless bodies, Moura said in a telephone interview. I never imagined that we would reach that number. I don't think we can ever get over this.

Brazilian far-right President Jair Bolsonaro downplayed the severity of the virus as deaths were rising rapidly in Brazil. The 65-year-old president disobeyed social distancing measures at public events and encouraged crowds during his exits from the presidential residence.

Bolsonaro rejected the lockdowns imposed by governors and mayors and other harsh measures to contain the spread of the virus, even after he contracted the disease himself in July, insisting that shutting down Brazil's economy would send the nation into chaos.

Life goes on. Brazil needs to produce, he said on July 7, when he revealed that he had COVID-19.

Manaus, the city where Moura lives, became a horrendous sight at the beginning of the pandemic. Between April and May, the city's health system collapsed as patients were turned away by crowded hospitals and cemeteries were forced to bury bodies in mass graves. The capital of the state of the Amazon has registered 122 deaths per 100,000 inhabitants, well above the national average of 71 per 100,000 people. The nation of 210 million people surpassed five million confirmed infections on Wednesday, according to official data.
#COVID-19  #Covid  #Coronavirus
Add Comment