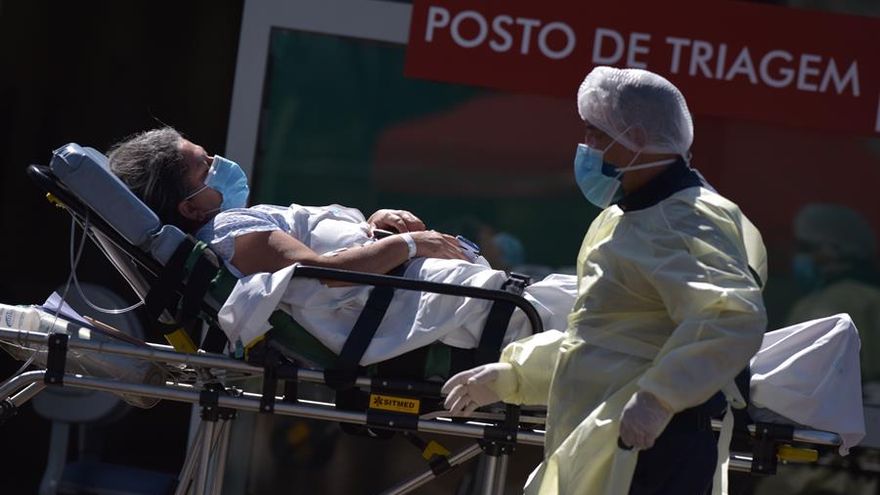 Just over six months after registering its first case of the new coronavirus, Brazil this Saturday surpassed the grim threshold of 120,000 deaths from covid-19, without seeing the light at the end of the tunnel.
The South American giant, of 212 million inhabitants, registers 120,262 deaths from the pandemic and 3,846,153 from cases, the Ministry of Health said in its daily update.

Brazil's figures are only surpassed by the United States, by far the country in the world most affected by the coronavirus with more than 182,000 deaths.

Unlike in Europe and Asia, where the virus hit hard and then decreased, in Brazil it is advancing at a slow and devastating pace, says Christovam Barcellos, a researcher at the prestigious scientific institution Fundación Oswaldo Cruz (Fiocruz).

Brazil is unique in the world. Since the beginning of the pandemic, its curve has been different from that of other countries, much slower, he told AFP.

Now it has stabilized, but at a very dangerous level: around 1,000 deaths and 40,000 cases per day. Brazil has not yet passed the peak, he added.

Brazil confirmed its first case of the virus on February 26, a businessman from Sao Paulo returning from a trip to Italy, and recorded the first death on March 16.

The pandemic soon became a political issue, in this country of 212 million inhabitants and 27 states that have broad competencies in health matters.

The country's president, Jair Bolsonaro, condemned the "hysteria" surrounding the virus and attacked governors and mayors who imposed social isolation measures, arguing that the economic damage would be worse than the disease itself.

The far-right leader also promoted hydroxychloroquine as a solution, despite a series of studies showing that it is ineffective against the new coronavirus.

Bolsonaro even underwent treatment with that substance, which he himself described as a "right-wing" drug, when he was diagnosed with the virus in July.

Experts agree that the lack of a coherent message from Brazilian leaders is responsible for the country's failure to "flatten the curve."

It's terrible. There has been a total lack of coordination on the part of the federal government that left the entire administration of the crisis to the states, Barcellos said.
#COVID-19  #Covid  #Coronavirus
Add Comment