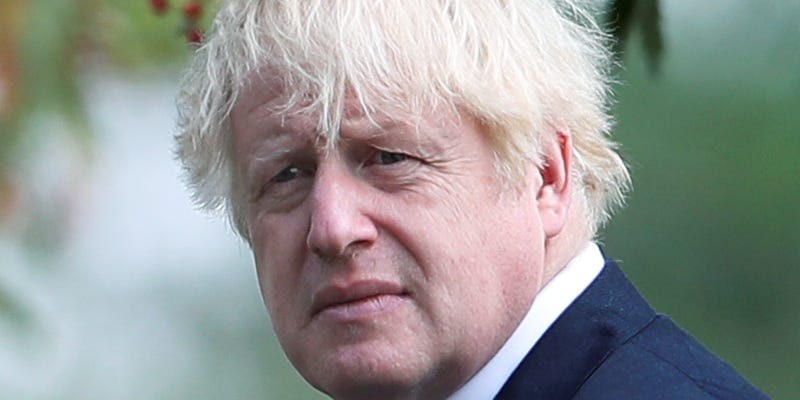 Boris Johnson plans to resign in 6 months because of lingering coronavirus health problems, according to Dominic Cummings' father-in-law

Dominic Cummings' father-in-law, Humphry Wakefield, reportedly told a member of the public that Johnson would stand down early next year. 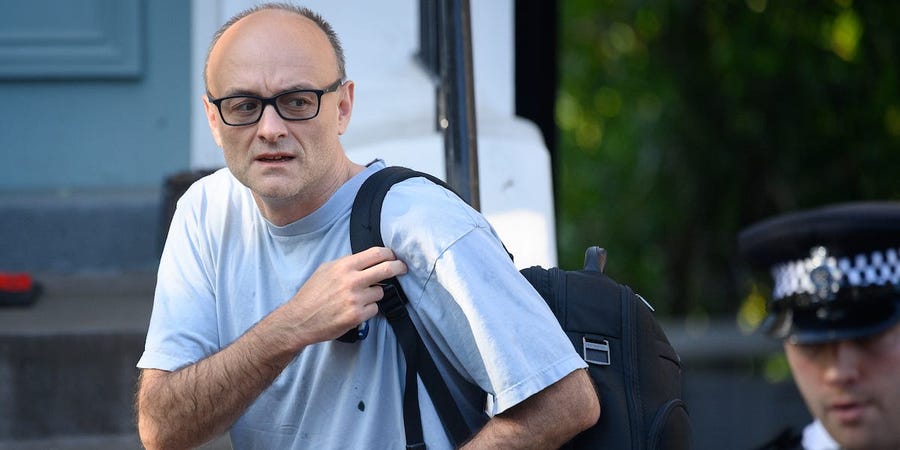 The father-in-law of UK Prime Minister Boris Johnson's closest aide has reportedly said Johnson plans to stand down in six months because of lingering health problems caused by the novel coronavirus.

The Times of London's Diary column reported a conversation between Humphry Wakefield, the father of Dominic Cummings' wife, Mary, and a woman named Anna Silverman last week in which he is said to have told her that Johnson would resign early next year because of the lasting effects of his time in intensive care.

Silverman told The Times she had the conversation with Wakefield when she bumped into him on a trip to Chillingham Castle in the northeastern English county of Northumberland.

Wakefield is said to have compared Johnson's condition to that of an injured horse that is brought back too early.

"If you put a horse back to work when it's injured, it will never recover," The Times quoted him as saying.

A Downing Street source strongly denied the claim that Johnson was planning to resign in six months, describing it to Business Insider as "utter nonsense."

Johnson spent five days in intensive care at London's St. Thomas' Hospital in April after catching the coronavirus. He has since said that doctors made "arrangements" for his death and that he was given "liters and liters of oxygen" at the height of his illness to keep him alive.

"It was a tough old moment, I won't deny it. They had a strategy to deal with a 'death of Stalin'-type scenario," Johnson said in an interview with The Sun in May.

"I was not in particularly brilliant shape and I was aware there were contingency plans in place."

Multiple reports in the months following his hospitalization have indicated his health remains poor.

Downing Street, however, has been keen to dispel any suggestions of lingering health problems, with the prime minister posing for photographs while doing press-ups and with photos of Johnson jogging being distributed to UK news outlets.

Johnson has been UK prime minister for just over a year after succeeding Theresa May as the Conservative leader in July 2019.

He would have to stay on as prime minister for nearly four more years to fight the next general election, which is due to take place in May 2024.