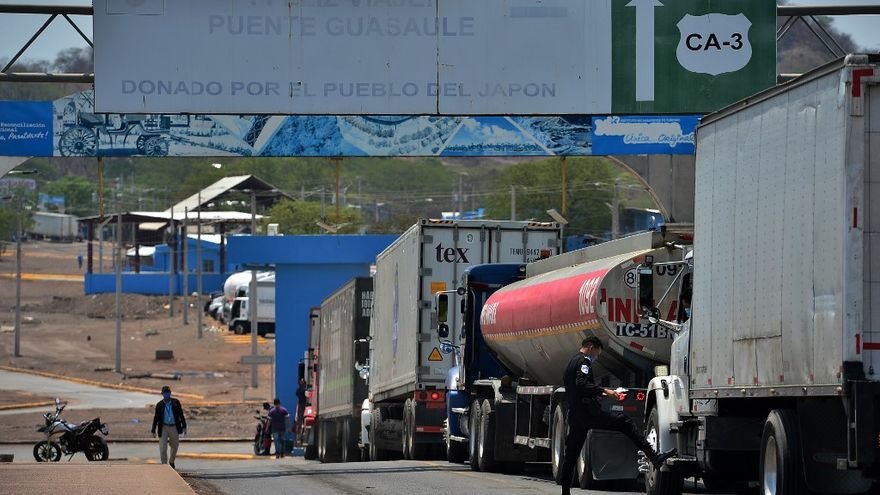 Border closure will cause shortages in Central America

The Federation of Chambers and Associations of Exporters of Central America and the Caribbean (Fecaexca) warned of an early shortage of food, medicines and hygiene products due to the border restrictions imposed by Costa Rica to avoid the increase in contagions by coronavirus.
The "unilateral" sanitary measure imposed by the neighboring country prevents the passage of 1,659 trucks that are stranded in Costa Rica and perishable products are about to be lost, Fecaexca members alerted on the morning of this Tuesday, May 19 at a virtual press conference.

Roberto Tribaldos, president of the Panamanian Association of Exporters (APEX), representing Panama, stated that the sanitary alternatives proposed by Costa Rica are not viable because they are paralyzing the region's borders, which will trigger a shortage of food and medicines.

He said that the Panamanian company Open Blue, dedicated to cobia farming, retains 126 metric tons of fish food on the border with Costa Rica.

Javier Visuetti, manager of Regulatory and Community Affairs of Open Blue, said that if the border measure continues, the farming of 500,000 fish would be at risk.

This company imports 350 metric tons of pelletized food from the neighboring country per month.

Panama maintains more than 135 containers stranded in Costa Rica, without counting on the paralysis of the Paso Canoas border crossing, Tribaldo explained at the virtual press conference.

Fecaexca members also allege that these provisions are causing neighboring countries such as Panama, Honduras and Nicaragua to proceed to implement reciprocity measures that will affect the regional integration scheme and limit intra-regional trade.

In this regard, they request that Costa Rica suspend the restrictions and propose that together with the Presidents, Ministers of Economy and Ministers of Health of the region, the best procedures and mechanisms be identified that guarantee the flow of goods and the facilitation of trade, through solutions viable for the transport sector.

Ramón Martínez, Minister of Commerce and Industries (MICI), "demanded" his Costa Rican counterparts to resolve the border situation immediately. According to the official, these measures "affect the value chain, which of course worsens the condition of the economic sectors involved."