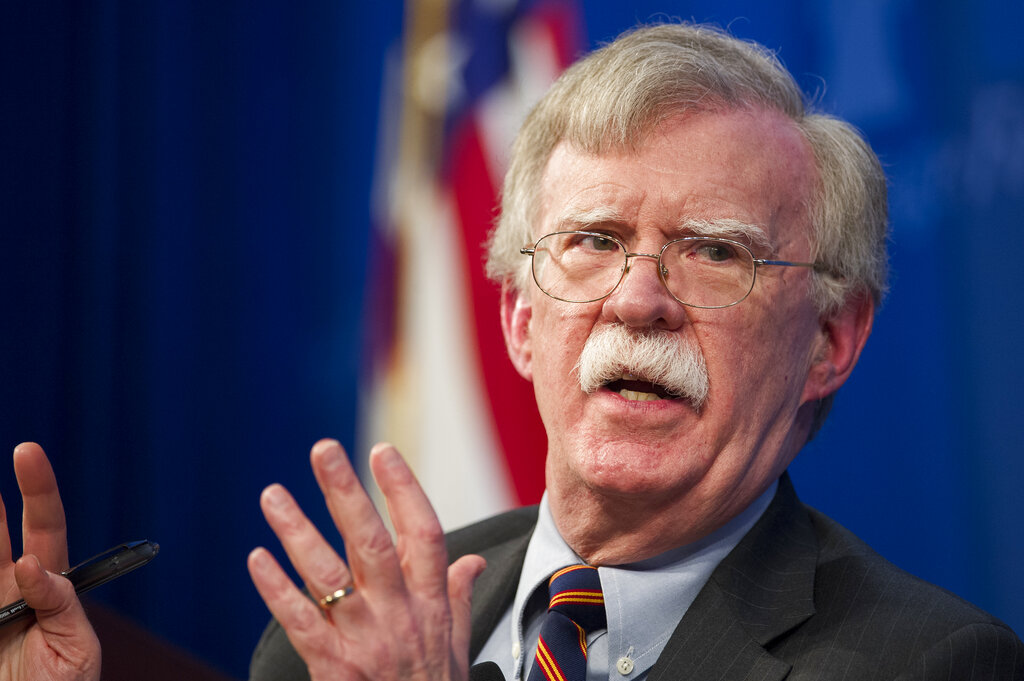 Former White House national security adviser Amb. John Bolton said the assassination plot against him by an Iranian operative, and continued threats from Iran to American citizens on American soil is "unprecedented" and "an act of war," telling Fox News the Biden administration has been "signaling weakness" to Tehran and should "terminate" negotiations on the Iran nuclear deal.

U.S. officials said the plot was likely planned in retaliation for the January 2020 strike that killed Qassem Soleimani, a revered Iranian leader and the head of Iran’s Quds Force.

In an interview with Fox News Digital on Thursday, Bolton said he had been "aware" of plots against him for "some time."

Bolton said in the spring of 2020, the FBI contacted him with a "duty to warn."

"I was given several duties to warn as time went on, and each one was becoming a little more serious," Bolton said, noting that he went to a meeting at the FBI in the fall of 2021, where officials explained the latest information they had on plots against him.

Bolton told Fox News he requested U.S. Secret Service protection, which he had during the Trump administration but which was terminated upon his resignation.

The FBI granted the request for USSS protection in December 2021, and Bolton told Fox News that protection is ongoing.

But Bolton said he is not so concerned about the individual plot against him, but rather, threats from Iran against all Americans.

"It is not just me," Bolton said. "The regime in Tehran has targeted a lot of Americans." 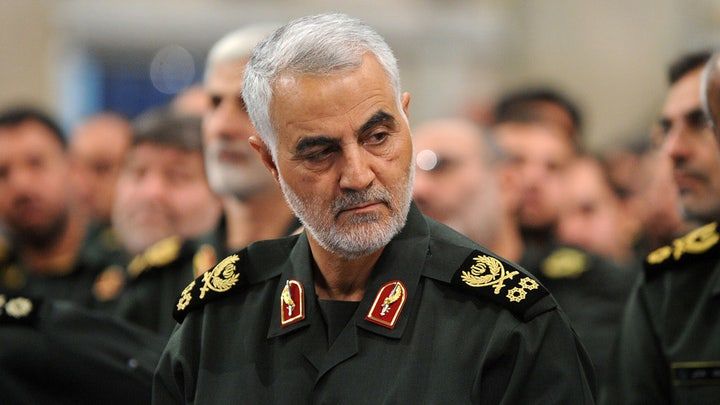 He added: "You could call it an act of war, and it tells you everything you need to know about the government in Tehran."

The Justice Department, upon charging Poursafi this week, said it "has the solemn duty to defend our citizens from hostile governments who seek to hurt or kill them."

Assistant Attorney General Matthew G. Olsen of the Justice Department’s National Security Division said this "is not the first time we have uncovered Iranian plots to exact revenge against individuals on U.S. soil, and we will work tirelessly to expose and disrupt every one of these efforts."

According to the Justice Department, Poursafi approached a U.S. resident he had met online and asked for pictures of the former national security adviser, claiming they would be used for a book he was writing. The resident connected Poursafi to someone willing to take the pictures for $5,000-$10,000. 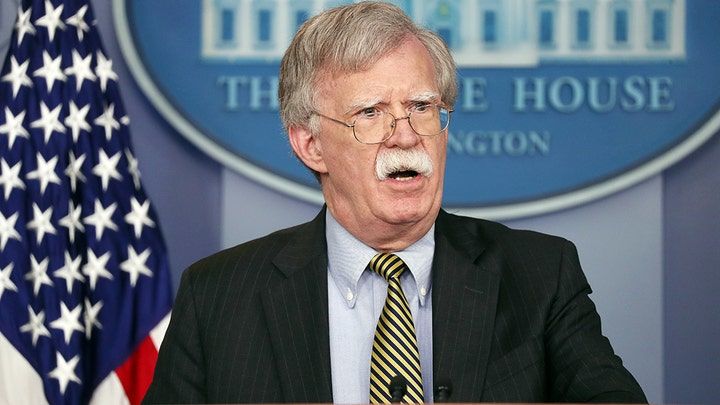 Poursafi then contacted another person over encrypted messaging applications and offered $250,000 to hire someone to "eliminate" Bolton, an amount that was eventually negotiated to $300,000. Poursafi also alluded to another "job" in the future, noting that it would pay $1 million.

Poursafi then guided the individual on how to carry out the operation, noting that the use of a small weapon would require the individual to get close to the former Trump administration adviser.

"Iran’s Islamic Revolutionary Guard Corps, through the Defendant, tried to hatch a brazen plot: assassinate a former U.S. official on U.S. soil in retaliation for U.S. actions," U.S. Attorney Matthew M. Graves for the District of Columbia said this week. 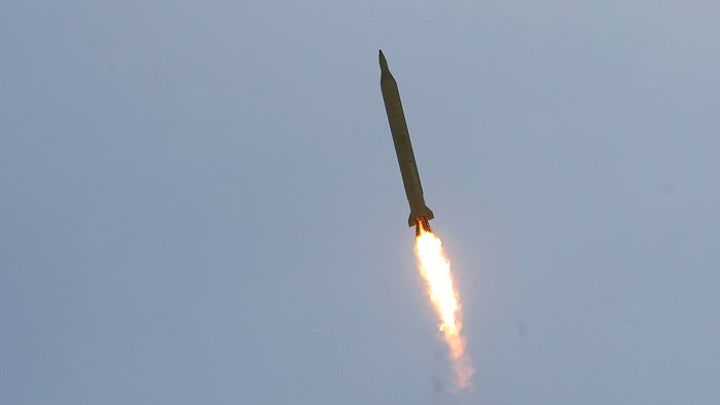 Opponents of the Iran nuclear deal, including Trump administration officials, argue the agreement emboldened Iran’s non-nuclear activity such as its support of extremism, ballistic missile development and cyberattacks.

Meanwhile, Bolton went on to slam the Biden administration for engaging in negotiations with Tehran to revive the Joint Comprehensive Plan of Action, or JCPOA, known as the Iran nuclear deal.

"To me, more important than the threats to the individuals is that catastrophic strategic policy that the administration is pursuing to try and revive the 2015 nuclear deal," Bolton said. "You’ve got a government that absolutely won't honor any commitments it makes—it will do whatever it thinks is necessary to get nuclear weapons."

He added: "People are deluding themselves if they think that if we give Iran enough concessions, that they gain to let us back into the nuclear deal—they'll do what they want to do."

President Trump’s administration withdrew from the accord in 2018.

Bolton told Fox News he thinks the threat Iran poses to the United States has been "intensifying for some time," but said it is at "its highest level now." 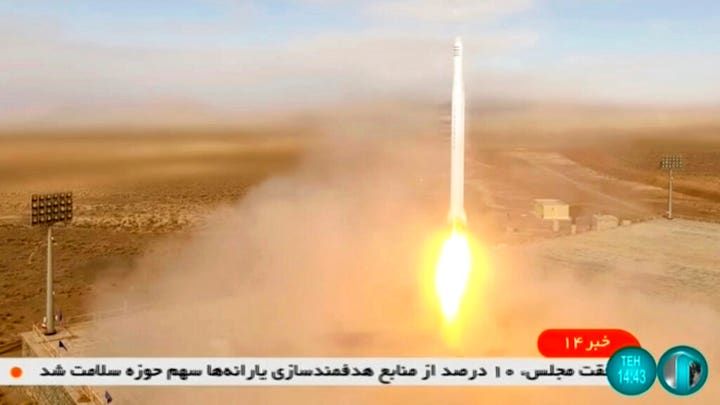 This image taken from video footage aired by Iranian state television on Tuesday, March 8, 2022, shows the launch of a rocket by Iran's Revolutionary Guard carrying a Noor-2 satellite in northeastern Shahroud Desert, Iran.

Iran’s regime has boasted over the last few weeks that it can develop a nuclear weapon, and even it went as far to threaten to obliterate New York with an atomic bomb, turning the metropolis into "hellish ruins."

"The Biden administration has been signaling weakness," Bolton said, noting that officials have said that they consider talks on the nuclear deal "separate from terrorism.

"Well, that may be fine for the White House, but in Tehran, they don’t have those compartments," he continued. "And Iran sees this jumble of inconsistent policies that we’re pursuing and, that, too, is a sign of weakness."

President Biden’s negotiators in Vienna, Austria, have not sought to restrict Iran’s production of its long-range missile program.

The Iran nuclear deal contains no provisions to stop Tehran’s sponsorship of terrorism across the globe.

Bolton told Fox News that he would "terminate the negotiations" in light of the threats against him and American citizens. 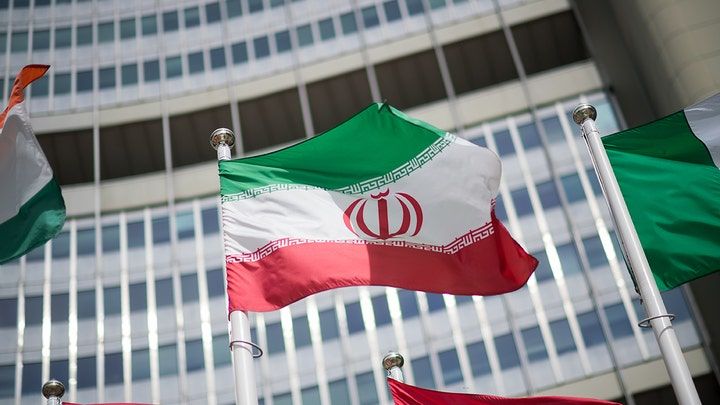 The flag of Iran is seen in front of the International Atomic Energy Agency headquarters in Vienna, Austria.

Bolton said Iran uses "negotiations as camouflage and as a weapon."

Bolton went on to tell Fox News that adversaries of the United States took the Biden Administration’s withdrawal from Afghanistan last year "as a signal of retreat." 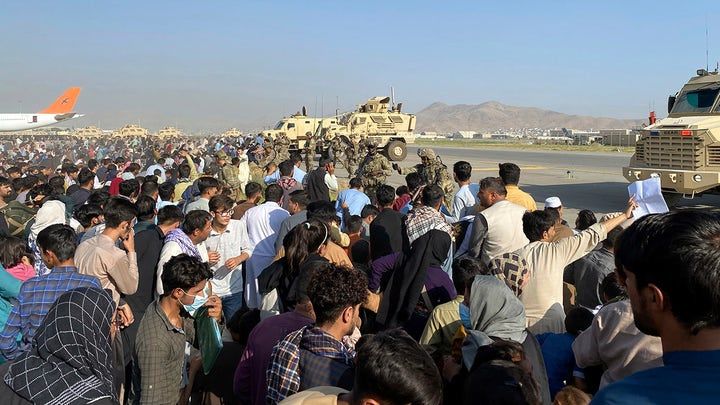 U.S soldiers stand guard along a perimeter at the international airport in Kabul, Afghanistan, Aug. 16, 2021.

"I thought it was a terrible mistake to withdraw, I mean, the manner in which the withdrawal was conducted was also embarrassing and dangerous, but the decision was a mistake," Bolton said, adding that "the past year has demonstrated the United States gave up an incredibly important strategic position in Central Asia."

"They just abandoned it for nothing and it has increased the terrorist threat emanating from Afghanistan," Bolton told Fox News. "It has boosted Russia and China’s strategic circumstances in Central Asia; it has reflected the Taliban ignoring one commitment after another."

"We ought to learn the terrorists, whether they are terrorist states or terrorist groups, don’t honor their commitments," Bolton continued. "The Taliban didn’t do it. The Iranians don’t do it."

Bolton told Fox News that the withdrawal was seen by Beijing and Moscow "as a sign of American retreat and isolationism and they have acted accordingly."

Oh ya 172 days ago
He has admitted to helping plot many coups. So live by the sword, die by the sword buttwipe. Crying now like a little school girl when the tables turn
View all comments (1)Add comment