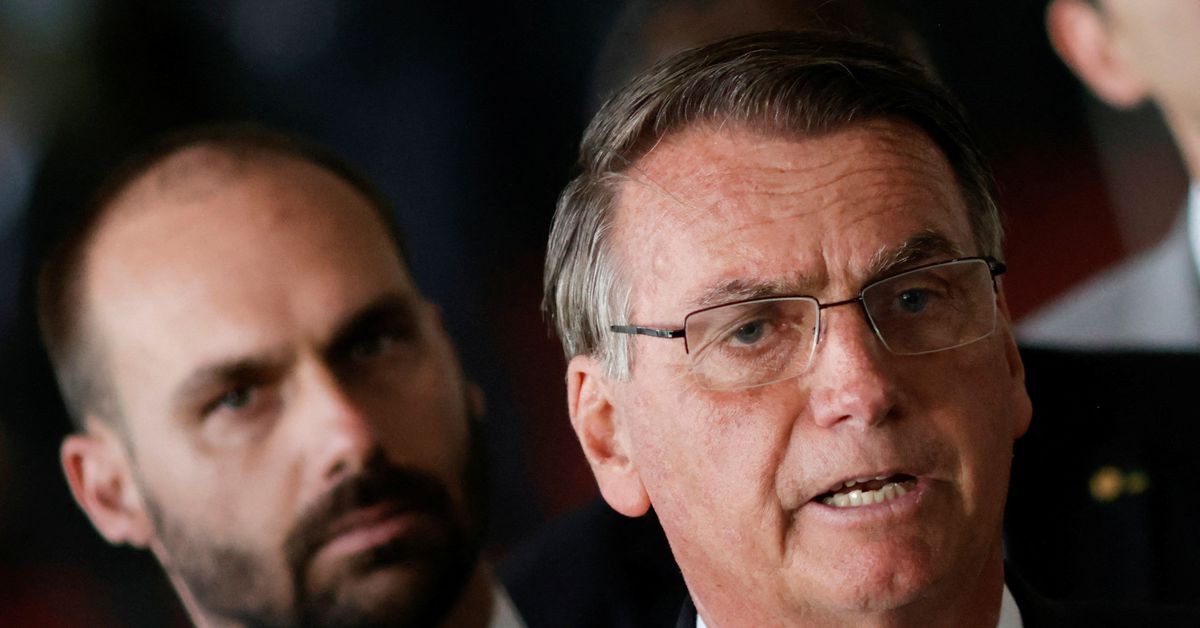 Brazilian President Jair Bolsonaro's attempt to challenge the election he lost last month appears weak on the merits, according to electoral experts and political analysts, but could still fire up his supporters who have been protesting his loss.
In a complaint filed with the Supreme Electoral Court (TSE) on Tuesday, Bolsonaro's allies argued that votes from some machines should be "invalidated," citing signs of "malfunction" and calling into question the win by his leftist rival Luiz Inacio Lula da Silva.

Giuseppe Janino, one of the creators of Brazil's electronic voting system, said the complaint appeared focused on machine logs that have no bearing on the voting results.

"This is no more than another attempt to discredit the electronic voting system that has worked well, electing governments for 26 years in our country, and contributed to our democracy," Janino told Reuters.

The complaint was met with skepticism by election authorities and other political figures who have recognized Lula's victory.

The head of Brazil's Senate, Rodrigo Pacheco, said the election result was "unquestionable," while the center-right Brazilian Social Democratic Party (PSDB) called Bolsonaro's challenge "senseless." When the PSDB challenged the result of the 2014 presidential election, the investigation took one year and no irregularities were found.

In a news conference on Wednesday, Bolsonaro's Liberal Party leader, Valdemar Costa Neto, repeated claims of alleged flaws in the voting machine logs in the second round of the election, but affirmed that such flaws were not found in the first round. The machines used were the same in both rounds.

As Costa Neto spoke, the party's website was flooded with messages from people seeking military intervention against Lula returning to office. "SOS Armed Forces," many of them said.

"Bolsonaro's style is to always go for confrontation, and this challenge is evidently a way to keep his hard-right supporters mobilized," said political strategist Luiz Flavio Guimaraes.

He said the right-wing Liberal Party provided no evidence of fraud when it presented the complaint, adding that the president's allies appeared disappointed with the weakness of the case made to election authorities.

Analyst Andre Cesar at Hold Legislativa consultancy said, however, that the challenge would provide ammunition for an ongoing protest movement of Bolsonaro's hardcore supporters.

"His arguments are flimsy, but this will serve him to keep the most radical of his supporters mobilized, guaranteeing that they will continue to make noise outside army barracks," he said.

Die-hard Bolsonaro supporters have been camped out in front of army bases protesting against Lula's victory that they say was "stolen" by electoral fraud and calling on the military to intervene.

Their numbers have dwindled in recent weeks and there was no immediate sign of an uptick on Wednesday. But the challenge could given them new momentum, some said.

"The people are in the streets, they will not retreat," said one of those supporters - Paulo Carvalho, 54, owner of an IT business. "If everything that was revealed in this complaint is really true, this is tangible evidence that the results were tampered with," he said.
Add Comment