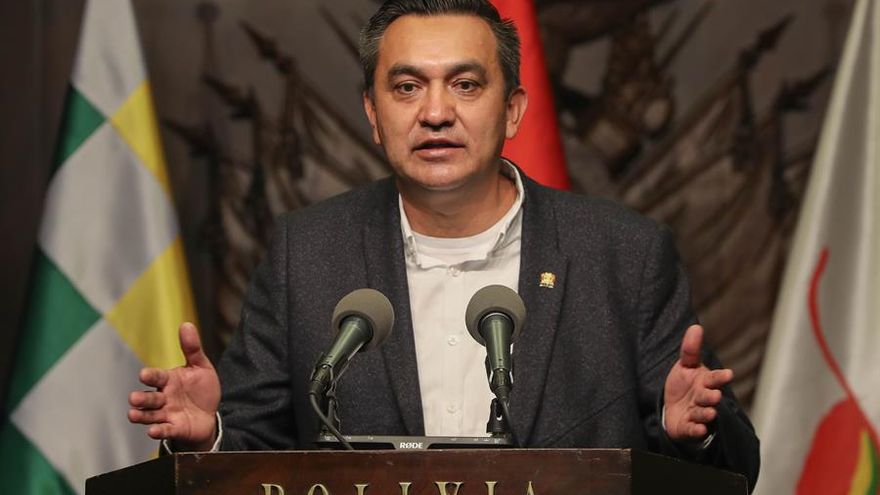 Bolivia will reopen its airspace in September by easing the quarantine

Bolivia will reopen its airspace in September, among other measures to ease the quarantine that has been in force in the country for five months, the interim government announced on Thursday.
The country will go through next month what it calls "a post-confinement and community surveillance phase" in the face of the COVID-19 pandemic, said Acting Minister of the Presidency, Yerko Núñez.

This phase maintains some quarantine restrictions but softens others, with the aim of both preserving the health of the population and helping the economy to recover, Núñez said at a press conference in La Paz after a cabinet meeting.

This easing includes the reopening of airspace, closed since the quarantine began at the end of March, since only humanitarian repatriation flights for Bolivians and residents of the country were operating, while domestic flights were partially resumed in June.

"Air borders are being opened," said the interim minister, but the country will be "demanding" in the biosecurity measures, in addition to the fact that it will be necessary to present a negative COVID-19 test carried out no more than seven days before entering Bolivia and endorsed by a Bolivian consulted.

The lifting of restrictions also includes the authorization of transit and commerce in border municipalities, in coordination with neighboring countries.

Bolivia reports 4,726 deaths and 112,094 infections from the new coronavirus among its nearly 11.5 million inhabitants, which according to different studies places it among the countries most affected by the pandemic compared to a population, although the figures for deaths and positive cases of the last days are less than previous days.

The country reached an unemployment rate of 11.8 percent in July, a high figure, since it closed 2019 with 4.8 percent, and that the Bolivian National Institute of Statistics attributes to the quarantine.

The Central Bank of Bolivia expects the country's economy to fall this year by 6.2 percent, after already experiencing its lowest growth in almost two decades in the first quarter of the year, of only 0.6 percent.
#COVID-19  #Covid  #Coronavirus
Add Comment