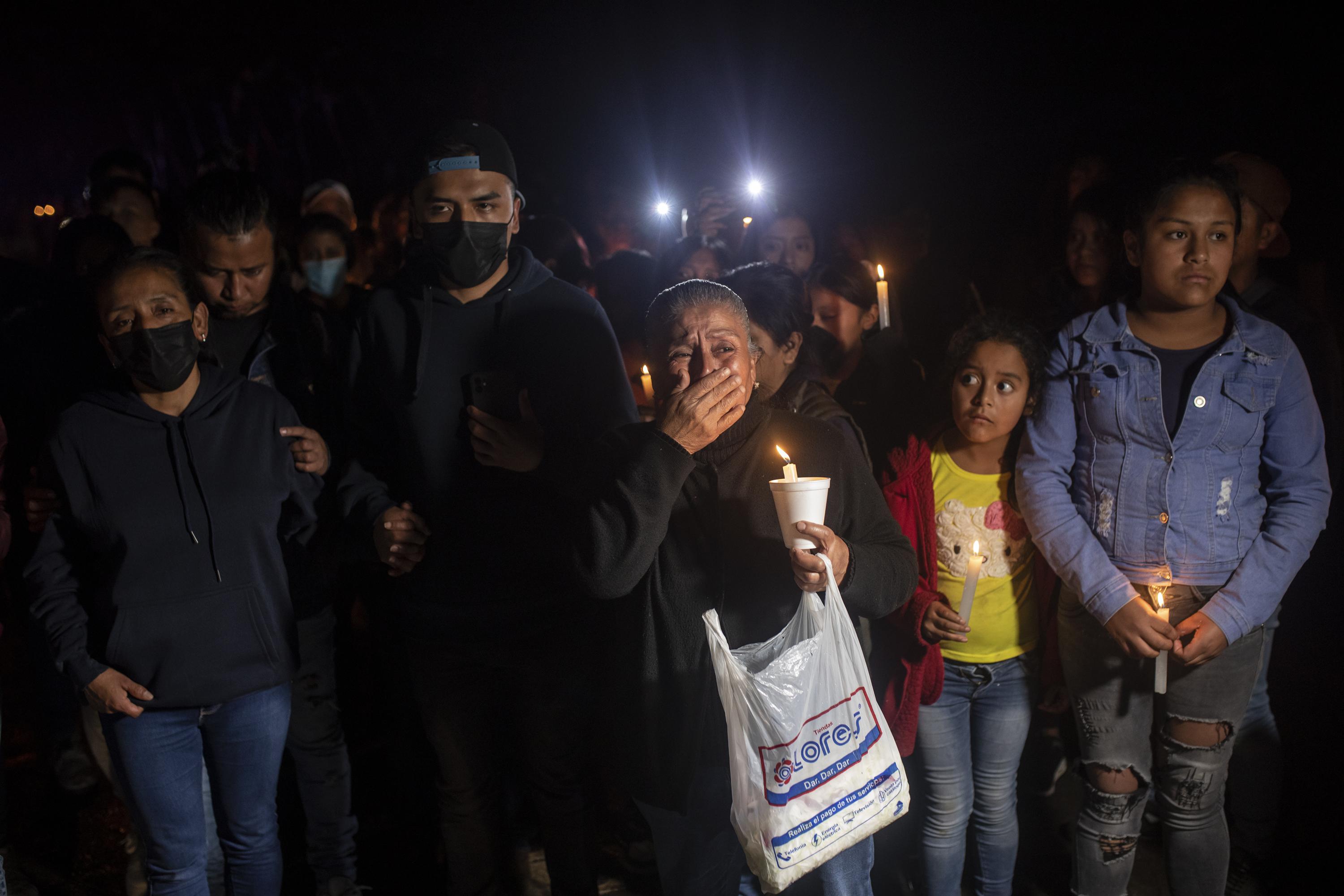 Bodies of migrants who died in Texas trailer come to Mexico

After days of preparation and donations to cover funeral costs, this mountain community in eastern Mexico on Thursday mourned the return of three teens, all cousins, lost among the 53 migrants who died inside a semitrailer in San Antonio, Texas.
The previous 24 hours were a flurry of activity as residents of San Marcos Atexquilapan stepped forward to help the Olivares family receive the bodies of brothers Jaír and Yovani Valencia Olivares, ages 19 and 16, as well as their cousin, 16-year-old Misael Olivares.

Women cleaned banana leaves to make tamales, men carried chairs from one house to another, while the boys’ friends plastered a wall with photos of all three.

Similar scenes of solemn preparation played out across Mexico as the bodies of 16 of those lost in the tragedy were brought back on two military flights Wednesday and then sent to their hometowns and at least one more flight was planned. Mexico’s Foreign Affairs ministry said it would bring back 25 of Mexico’s 26 victims in accordance with their families’ wishes.

In the southern state of Oaxaca, the body of Javier Flores López arrived Thursday to the village of Cerro Verde, where his mother, siblings, wife and children held a wake in the small chapel.

Flores López had been living in Ohio, where he worked in construction, but had returned to Mexico to visit his wife and children before setting out again for the U.S. last month.

The repatriation of victims was expected to continue in coming days in Guatemala and Honduras, which also lost 21 and six migrants, respectively.

Ten of the 53 fatal victims were teenagers, including the Olivares. In the darkness, men carried the caskets and arranged them side by side before a large crucifix sheltered by tarps strung up above the mourners.

The youths were to buried Friday.

People stood along the highway Wednesday night holding candles and awaiting the arrival of the three hearses carrying the caskets. A band made up of the boys’ friends played music as the crowd slowly accompanied the hearses.

Hundreds of people from the area flocked to the families’ homes, which sit in a row. The youths all played on a local soccer team and were well known.

People tossed white flower petals and cried as the caskets were placed at the family’s home.

“I can’t accept it,” whispered Yolanda Valencia, mother of Jaír and Yovani. You have to “work hard” in life, “try to fight to make their dreams reality.”

Her sons wanted to build a house and open a shoe store in this town of about 1,500 people known for its shoemaking. “They went with a lot of goals that weren’t realized,” she said.

Gildardo Fernández, said, “We were close friends, we played on a soccer team, and well, the truth was they were sincerely very humble people, very hard workers and fun to be around.”

“Sometimes you have to leave, and in a way I admire it because it is not easy for someone to leave their family, their community to seek a better life,” Fernández said. “Unfortunately, it didn’t go as expected.”

The investigation continues into the smuggling ring that ultimately abandoned the trailer of migrants on the outskirts of San Antonio on a day temperatures neared 100 degrees. U.S. authorities have arrested four people, including the truck’s driver.
Add Comment