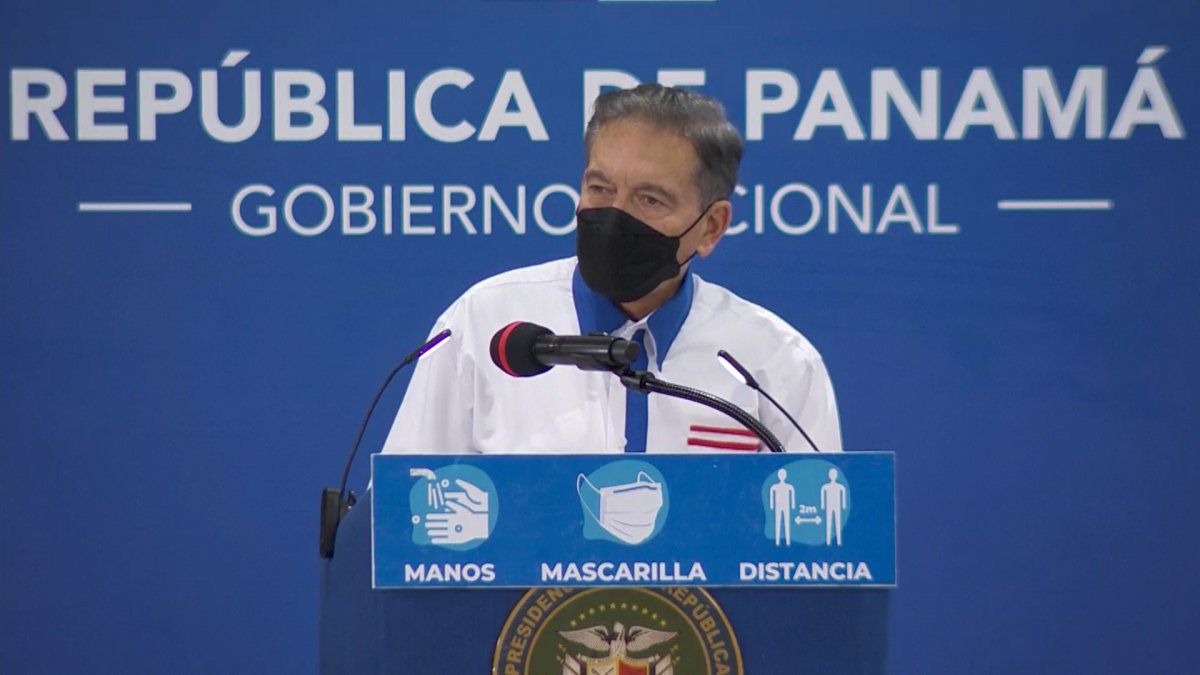 In those provinces "the sweeping will begin by vaccinating young people aged 16 and over, instead of going with adults over 60," according to Laurentino Cortizo, waiting for the FDA to approve the pharmaceutical company Pfizer to vaccinate children under 10 or 12 years and older. "If so, we would vaccinate according to what was approved," he said.

He explained that the PanavaC-19 team prioritized the circuits with the most positive cases and deaths, placing Bocas del Toro in position 8, which is why it is expected to be arriving in this province in the third quarter of the year, between July and August.

The president announced that in that quarter Panama should be receiving around 2 million doses of vaccine against COVID-19 .

Next week, after finishing with Panama and Panama Oeste, will begin with circuits 4-1 and 4-2 in the province of Chiriquí.

Cortizo stated that "the dynamic vaccination strategy is correct because it works as a team, which is organized and disciplined."

Initially, the vaccination schedule corresponded to the priority groups by phase from 1 to 4; In the first phase, all health workers and support personnel on the front line, from the public and private system, were inoculated, later the elderly would be vaccinated and then people aged 16 to 59 years with chronic diseases.

Then the plan placed other priority groups and finally the population between 16 and 59 years of age without chronic diseases, and the general population.

However, the strategy changed when the vaccination of teachers was advanced in order to initiate the gradual and blended return to the classroom.

Adding more changes to the plan, President Laurentino Cortizo announced that the immunization sweep against COVID-19 in some of the provinces will start with young people and not with older adults.

Marty 41 days ago
These comments are false in that these vaccines have been extensively tested and found safe and effective. As are the rabies, polio and other vaccines.

mike 41 days ago
Oh ya is correct.

Oh ya 45 days ago
Anyone who would ok the so called vaccine for anyone under the age of 18 should be charged with child abuse. Under 18 year olds have a 99.997 % chance of living if they get the flu. Why would a parent put their kids at risk with this experimental biological agent that has never been tested oh humans before and has killed most of the lab test animals in earlier studies.
View all comments (4)Add comment