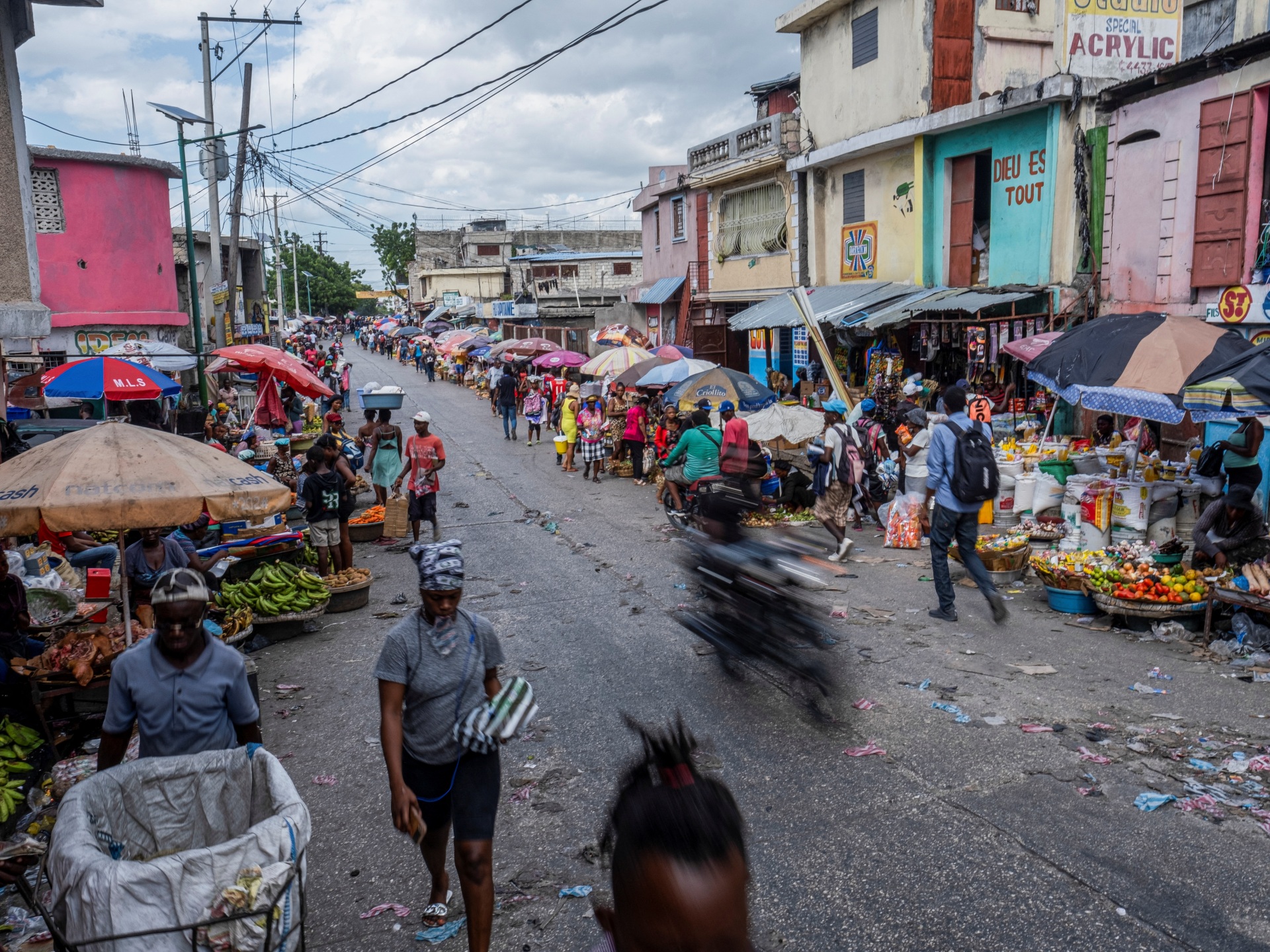 Blockade by gangs on fuel source in Haiti is causing famine: UN

Gangsters blockading a major fuel terminal in Haiti are causing catastrophic hunger on the island, United Nations officials have said, with more than four million people facing severe insecurity and more than 19,000 others suffering from famine.

The situation is particularly dire in the coastal neighbourhood of Cite Soleil, where swelling violence and armed groups vying for control have meant many residents cannot access work, markets or food aid, officials on Friday said.

“The severity and the extent of food insecurity in Haiti is getting worse,” he said.

Haiti, the poorest nation in the Americas, is facing an acute political, economic, security and health crisis which has paralysed the country and sparked a breakdown of law and order.

He warned of a “dramatic deterioration in security” in a country that had been overrun by powerful criminal gangs and looters, and where a new cholera outbreak had been declared.

A coalition of gangs has prevented the distribution of diesel and petrol for more than a month to protest a plan to cut fuel subsidies. Most transport is halted, with looting and gang shootouts becoming increasingly common.

In mid-September, gangs surrounded a key fuel terminal to demand Henry’s resignation and to protest a spike in petroleum prices after the prime minister announced that his administration could no longer afford to subsidise fuel. 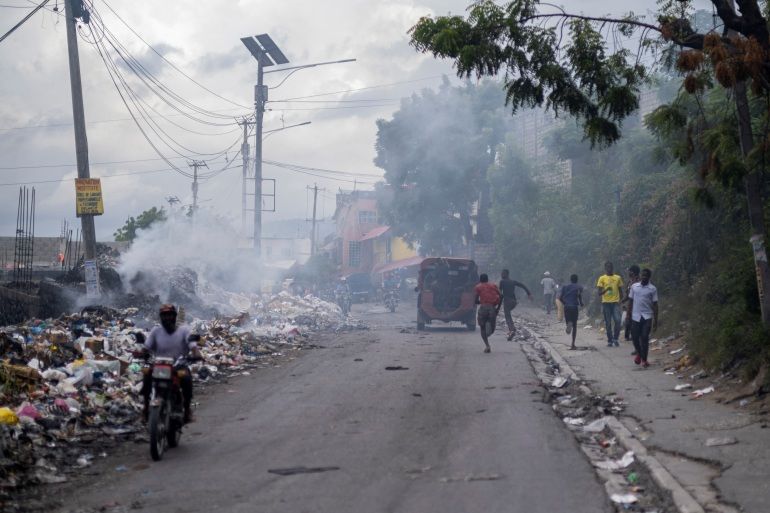 People running to board a public transport locally known as ‘taptap’ as rubbish burns on the side of a road in Port-au-Prince, Haiti

That move, coupled with thousands of protesters who have blocked streets in the capital of Port-au-Prince and other major cities, has caused major shortages, forcing hospitals to cut back on services, petrol stations to close and banks and grocery stores to restrict hours.

In a recent video posted on Facebook, the leader of the so-called G9 and Family gang Jimmy Cherizier, who goes by the nickname “Barbecue,” read a proposed plan to stabilise Haiti that includes the creation of a “Council of Sages” with one representative from each of Haiti’s 10 departments.

The gang also is demanding positions in Henry’s Cabinet, according to the director of Haiti’s National Disarmament, Dismantling and Reintegration Commission, speaking to radio station Magik 9 on Thursday.

“It’s a symptom of their power, but also a symptom that they may fear what is coming,” Robert Fatton, a Haitian politics expert at the University of Virginia, said of the gang’s demands.

The UN Security Council is considering sanctions against Cherizier and others who threaten the peace, security or stability of Haiti, according to a draft resolution, several US news outlets have reported.

The analysis said that in total 4.7 million people – nearly half of Haiti’s population – are experiencing high levels of acute food insecurity. The situation was “close to breaking point”, Bauer said.

Such teams are dispatched in response to natural disasters and complex emergencies, and typically include infectious disease specialists, nutritionists and logistics experts, according to USAID’s website.

The US Department of State has offered support for Haiti’s police and has sent a Coast Guard vessel to patrol the area.

The United States and Canada, in the coming days, will deliver armoured vehicles to the Haitian police that have been bought by Haiti, US Assistant Secretary of State Brian Nichols said in an interview with a Haitian television station on Thursday.