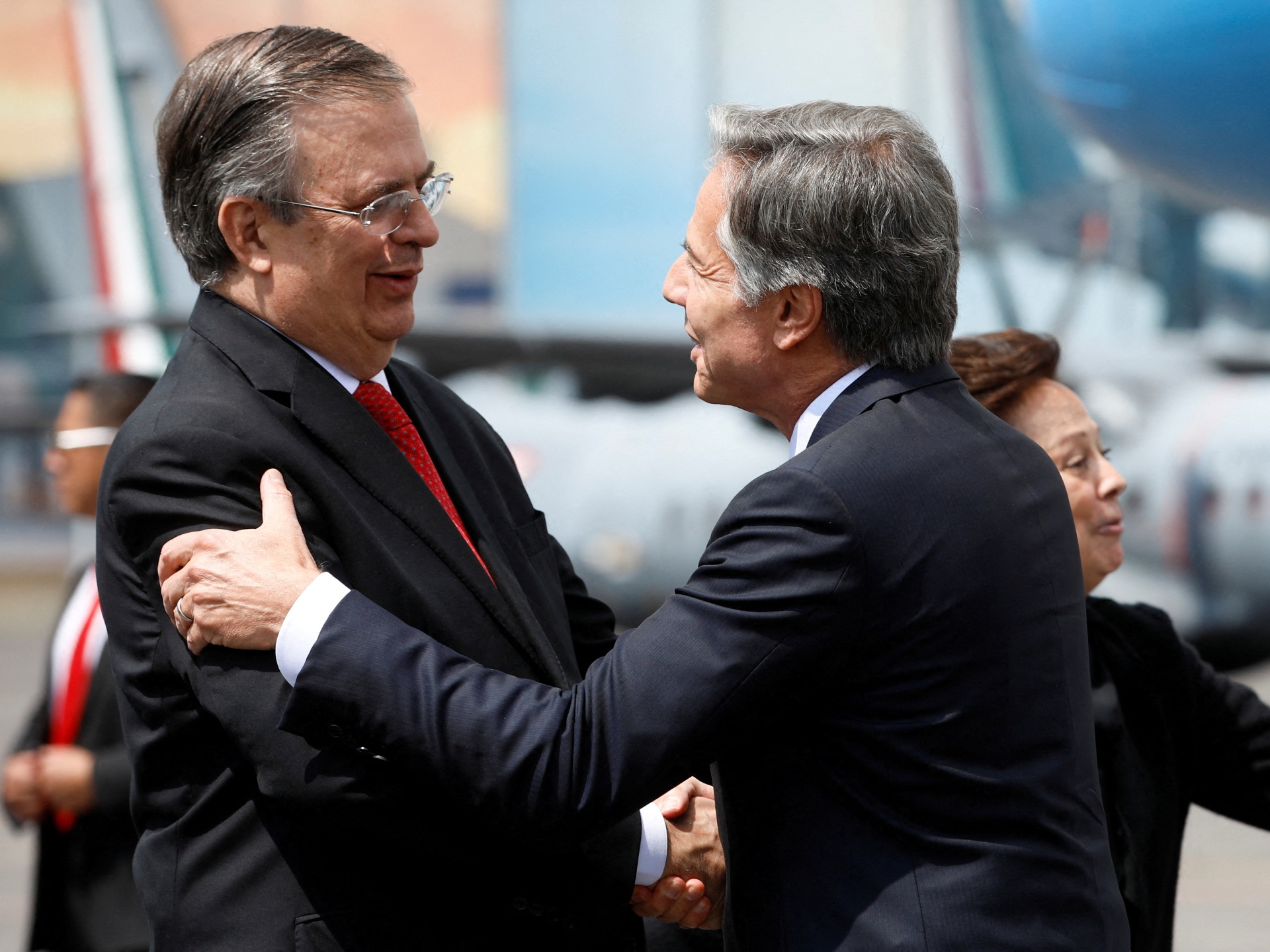 United States Secretary of State Antony Blinken has discussed “issues of mutual interest” with his Mexican counterpart, including drug trafficking, migration and trade, as top officials from the two countries met for high-level economic talks in Mexico City.

The US State Department said in a statement on Monday that Blinken noted “his continued appreciation for collaboration with Mexico” in his discussions with Mexico’s Foreign Minister Marcelo Ebrard.

“They also discussed regional efforts to support the people of Haiti as well Mexico and the United States’s continued cooperation to create a more effective United Nations,” US State Department Spokesperson Ned Price said in the statement.

Blinken was joined by US Commerce Secretary Gina Raimondo and other Biden administration officials on the trip to the Mexican capital for this year’s US-Mexico High-Level Economic Dialogue.

“Last year, our two presidents agreed to relaunch the high-level economic dialogue. They recognised together that a strong US-Mexico relationship was vital,” Blinken said during the talks.

Mexican President Andres Manuel Lopez Obrador struck a conciliatory note earlier in the day on a major dispute with the US over Mexican energy policy, saying Washington had adopted a more respectful attitude towards his position.

In July, the US trade representative demanded dispute settlement talks with Mexico, arguing Lopez Obrador’s drive to tighten state control of the energy market was unfair to US companies and likely in breach of a regional trade deal.

Lopez Obrador, who has cast his energy policy as a matter of national sovereignty, at the time responded defiantly, saying he would defend Mexico’s position at an independence day military parade taking place this coming Friday.

However, on Monday he said he would no longer refer to the energy dispute during his Friday speech because US President Joe Biden had responded to his concerns positively.

“There’s a different tone. There’s a respectful attitude. Rather, it’s a reaffirmation of respect for our national sovereignty,” Lopez Obrador told a regular news conference, referring to a letter he said he received from Biden.

Translation: I had the pleasure of welcoming Antony Blinken, US Secretary of State, and Secretary of Commerce Gina Raimondo. Welcome!

The US energy complaint, which Canada immediately joined, is arguably the most significant dispute to surface under the United States-Mexico-Canada Agreement (USMCA) since the North American trade deal came into effect in 2020.

If unresolved, it could lead to the imposition of hefty trade tariffs against Mexico, analysts say.

Ebrard, the Mexican foreign minister, said Monday’s talks had been very productive and that Mexico had been invited to participate in a US push to strengthen semiconductor output and electromobility in North America.

Ebrard added that the energy dispute was not the focal point of Monday’s agenda and that it had taken up “no more than 5 percent” of the conversation in the presidential palace.

Washington is increasingly looking to the Mexican government to help address the growing number of refugees and migrants arriving at the US-Mexico border.

But ties between the two countries have been tested in recent months after Lopez Obrador snubbed Biden by refusing to participate in the Summit of the Americas in Los Angeles on the grounds that Cuba, Venezuela and Nicaragua had not been invited.

That prompted the US president to invite his Mexican counterpart to visit the White House in July to repair relations.