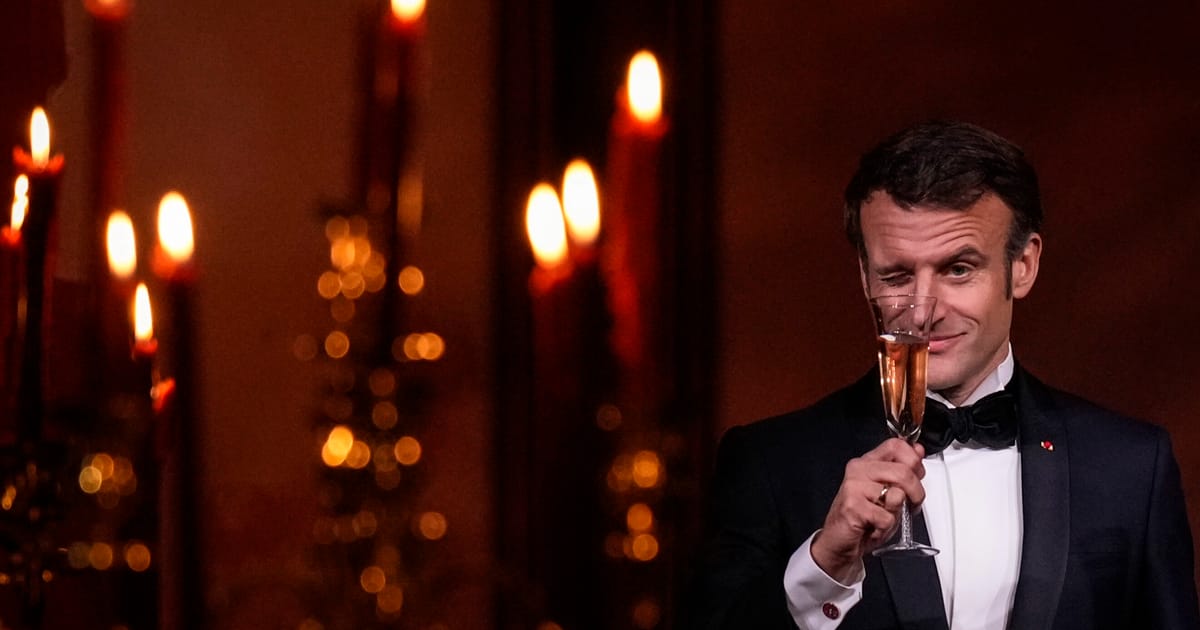 Can Europe and America begin to fix their deepening dispute over subsidies for electric cars?

The transatlantic reset between Brussels and Washington is on life support.

After four years of discord and disruption under Donald Trump, hopes were high that Joe Biden’s presidency would usher in a new era of cooperation between Europe and the U.S. after he declared: “America is back.”

But when senior officials from both sides meet in Washington on Monday for a twice-yearly summit on technology and trade, the mood will be gloomier than at any time since Trump left office.

The European Union is up in arms over Biden’s plans for hefty subsidies for made-in-America electric cars, claiming these payments, which partly kick in from January 1, are nothing more than outright trade protectionism.

At the same time, the U.S. is increasingly frustrated the 27-country bloc won't be more aggressive in pushing back against China, accusing some European governments of caving in to Beijing’s economic might.

Those frictions are expected to overshadow the so-called EU-U.S. Trade and Technology Council (TTC) summit this week. At a time when the Western alliance is seeking to maintain a show of unity and strength in the face of Russian aggression and Chinese authoritarianism, the geopolitical stakes are high.

Biden may have helped matters last Thursday, during a joint press conference with French President Emmanuel Macron, by saying he believed the two sides can still resolve some of the concerns the EU has raised.

"We're going to continue to create manufacturing jobs in America but not at the expense of Europe," Biden said. “We can work out some of the differences that exist, I'm confident.”

But, as ever, the details will be crucial.

It is unclear what Biden can do to stop his Buy American subsidies from hurting European car-markers, for example, many of which come from powerful member countries like France and Germany. The TTC summit offers a crucial early opportunity for the two sides to begin to rebuild trust and start to deliver on Biden's warm rhetoric.

Judging by the TTC's record so far, those attending, who will include U.S. Secretary of State Antony Blinken, will have their work cut out.

More than 20 officials, policymakers and industry and society groups involved in the summit told POLITICO that the lofty expectations for the TTC have yet to deliver concrete results. Almost all of the individuals spoke on the condition of anonymity to discuss sensitive internal deliberations. 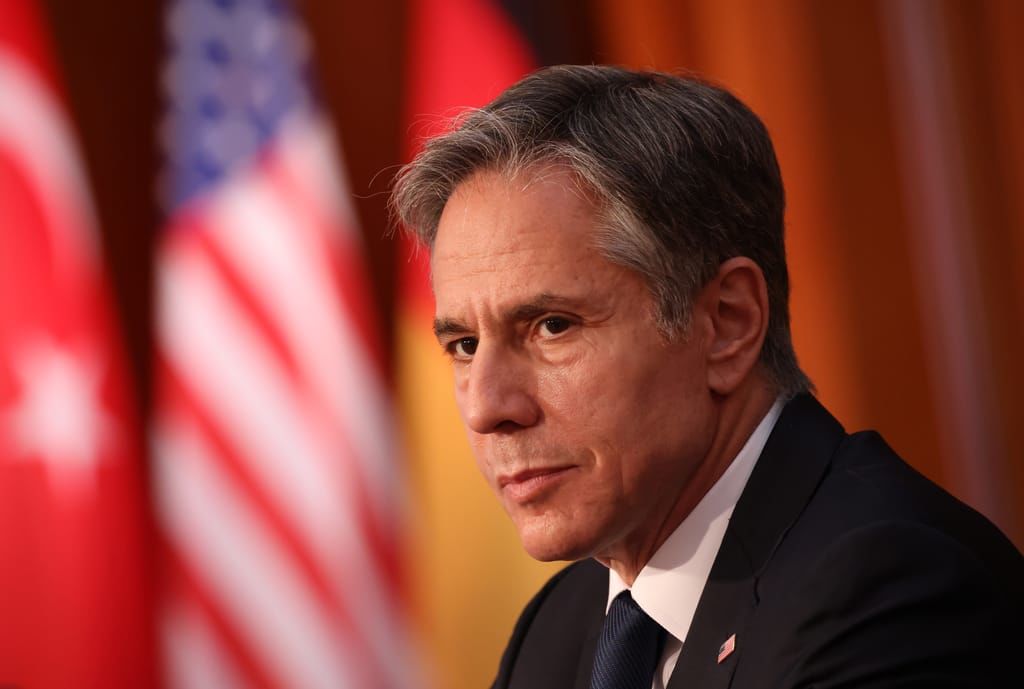 U.S. Secretary of State Antony Blinken will be attending the TTC
Some officials privately accused their counterparts of broken promises, particularly on trade. Others are frustrated at a lack of progress in 10 working groups on topics like helping small businesses to digitize and tackling climate change.

“With these kinds of allies, who needs enemies?” said one EU trade diplomat when asked about tensions around upcoming U.S. electric car subsidies. A senior U.S. official working on the summit hit back: “We need the Europeans to play ball on China. So far, we haven't had much luck."

Much of the EU-U.S. friction is down to three letters: IRA.

Biden’s Inflation Reduction Act, which provides subsidies to "Buy American" when it comes to purchasing electric vehicles, has infuriated officials in Brussels who see it as undermining the multilateral trading system and a direct threat to the bloc's rival car industry.

“The expectation the TTC was established to provide a forum for precisely these advanced exchanges with a view to preventing trade frictions before they arise appears to have been severely frustrated,” said David Kleimann, a trade expert at the Bruegel think tank in Brussels.

Biden's room for flexibility is limited. The context for the subsidies and tax breaks is his desire to make good on his promise to create more manufacturing jobs ahead of an expected re-election run in 2024. The U.S. itself is hovering on the edge of a possible recession.

Washington has few, if any, meaningful policy levers at its disposal to calm European anger. During a recent visit to the EU, Katherine Tai, the U.S. trade representative, urged European countries to pass their own subsidies to jumpstart Europe's electric car production, according to three officials with knowledge of those discussions.

“It risks being the elephant in the room,” said Emily Benson, a senior fellow at the Center for Strategic and International Studies, a Washington-based think tank, when asked about the electric car dispute.

After a push from Brussels, there were increasing signs on Friday that the TTC could still play a role. In the latest version of the TTC's draft declaration, obtained by POLITICO, both sides commit to addressing the European concerns over Biden's subsidies, including via the Trade and Tech Council. Again, though, there was no detail on how Washington could resolve the issue.

Politicians across Europe are already drawing up plans to fight back against Biden's subsidies. That may include taking the matter to the World Trade Organization, hitting the U.S. with retaliatory tariffs or passing a “Buy European Act” that would nudge EU consumers and businesses to buy locally made goods and components. 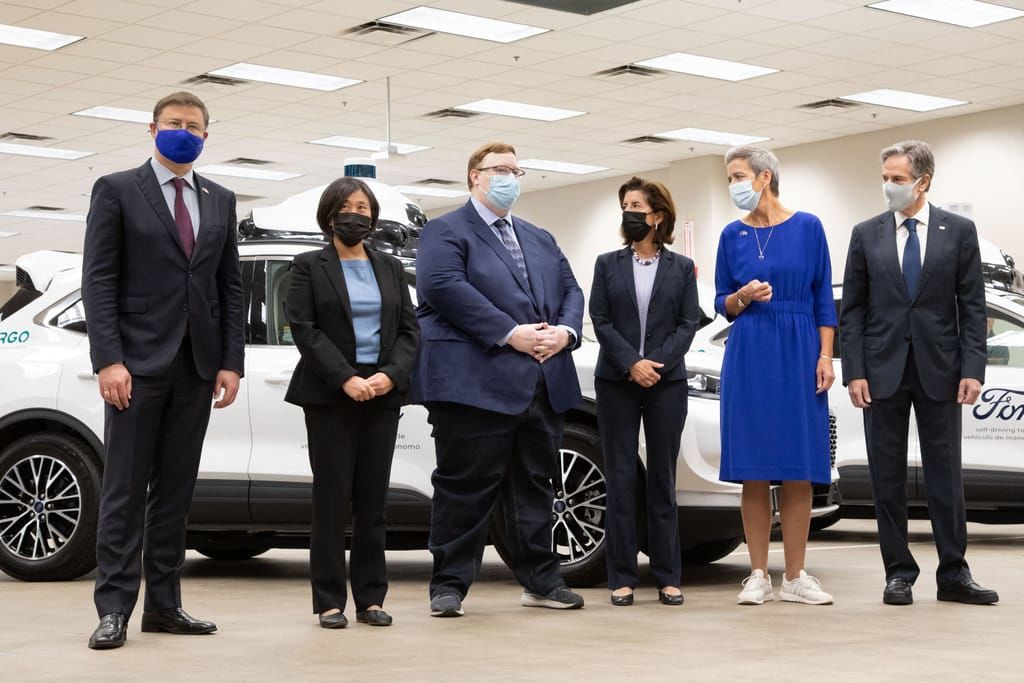 Privately, Washington has not been in the mood to give ground. Speaking to POLITICO before Biden met Macron, five U.S. policymakers said the IRA was not aimed at alienating allies, stressing that the green subsidies fit the very climate change goals that Europe has long called on America to adopt.

"There’s just a huge amount to be done and more frankly to be done than the market would provide for on its own,” said a senior White House official, who was not authorized to speak on the record. "We think the Inflation Reduction Act is reflective of that type of step, but we also think there is a space here for Europe and others, frankly, to take similar steps.”

Senior politicians attending the summit are expected to play down tensions this week when they announce a series of joint EU-U.S. projects.

These include funds for two telecommunications projects in Jamaica and Kenya and the announcement of new rules for how the emerging technology of so-called trustworthy artificial intelligence can develop. There’s also expected to be a plan for more coordination to highlight potential blockages in semiconductor supply chains, according to the draft summit statement obtained by POLITICO.

Yet even on an issue like microchips — where both Washington and Brussels have earmarked tens of billions of euros to subsidize local production — geopolitics intervenes.

For months, U.S. officials have pushed hard for their European counterparts to agree to export controls to stop high-end semiconductor manufacturing equipment being sent to China, according to four officials with knowledge of those discussions.

Washington already passed legislation to stop Chinese companies from using such American-made hardware. The White House had been eager for the European Commission to back similar export controls, particularly as the Dutch firm ASML produced equipment crucial for high-end chipmaking worldwide.

Yet EU officials preparing for the TTC meeting said such requests had never been made formally to Brussels. The draft summit communiqué makes just a passing reference to China and threats from so-called non-market economies.

Unlike the U.S., the EU remains divided on how to approach Beijing as some countries like Germany have long-standing economic ties with Chinese businesses that they are reluctant to give up. Without a consensus among EU governments, Brussels has little to offer Washington to help its anti-China push.

“In theory, the TTC is not about China, but in practice, every discussion with the U.S. is,” said one senior EU official, speaking on the condition of anonymity. “If we talk with Katherine Tai about Burger King, it has an anti-China effect."