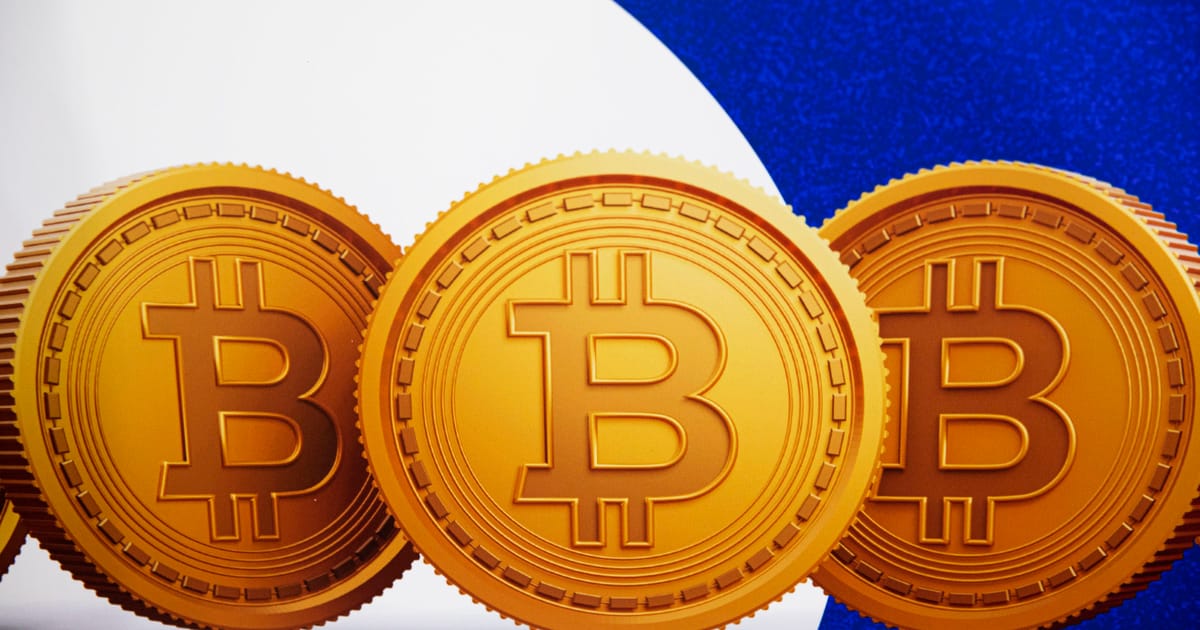 The EU wants to shame the world of crypto into greener practices — and Bitcoin is first in line.

The world's most popular crypto will likely fall under a scheme to grade digital currencies according to their energy efficiency, which the European Union plans to outline next week and roll out by 2025, a draft document obtained by POLITICO showed.

The scheme aims to nudge crypto companies to ditch power-intensive mining practices that can see transactions over a year use up as much energy as some countries over the same period of time. Officials cheered earlier this month when Ethereum, the world's second most valuable crypto, switched over to greener processing software as part of a so-called "merge." Bitcoin has no plans to follow Ethereum's lead.

The labeling is just one facet of a broader effort by the EU to rein in cryptocurrencies at a time when the bloc is grappling with a combined energy-and-inflation crisis while trying to meet ambitious climate goals.

Another EU bill known as MiCA, due to come into force in 2024, will force crypto currencies to disclose their carbon footprint and how their operations will impact the environment.

While the White House has also warned that crypto mining could undermine U.S. efforts to reduce greenhouse gas emissions, Europe is the first major trading bloc to regulate digital currencies — and aims to encourage other countries to follow its lead by establishing international crypto standards.

“The Commission will cooperate internationally with, and build on the technical expertise of, standardisation bodies to develop by 2025 an energy-efficiency label for blockchains, as well as minimum energy efficiency requirements,” the draft said.

In the meantime, EU capitals should develop measures to “lower the electricity consumption of crypto-asset miners” and reduce high energy prices, the 22-page document read.

When the price of Bitcoin hit an all-time high of $67,000 in late 2021, leaders were more focused on emerging from the pandemic than reining in crypto's carbon footprint. But the world has changed.

Russia's invasion of Ukraine worsened an existing energy crisis, pummeling the EU and U.S. economies and setting off a scramble for new sources of energy that put a spotlight on energy-intensive practices.

The huge energy demands of cryptocurrencies like Bitcoin — which have seen some "miners" fill warehouses with specialized computers to solve complex equations and complete transactions on the blockchain — are at odds with the prevailing mood, and are increasingly in the crosshairs of regulators on both sides of the Atlantic.

“As a regulator, we will take sustainability and ESG [environmental, social and governance] factors increasingly into account in all of our work that we do,” the chair of the European Securities and Markets Authority, Verena Ross, told POLITICO when asked how far the regulator will go to green the crypto industry.

To achieve this, ESMA will focus on promoting industry transparency, understanding the signs of greenwashing and identifying emerging trends and risks within the market. “All three focus points speak in a way on what might come specifically under the crypto space,” added Ross.

That said, not everyone is on board with the coercive approach.

Industry lobbyists aside, officials inside the Commission and even among the Greens in European Parliament are not convinced energy grades will bring about the sort of change officials hope it will. Only around 10 percent of the world’s crypto-mining activity is based in the EU, they point out.

“Creating an EU labeling system for crypto will not solve the problem as long as crypto-mining can continue outside the Union, also driven by EU demand,” Spanish Green lawmaker Ernest Urtasun, who led a failed battle within Parliament to phase the most energy-intensive blockchains out of Europe, wrote in an email. “The Commission should rather focus on developing minimum sustainability standards with a clear timeline to comply.”

There are precedents for change, too. By moving to different processing software, Ethereum reduced its electricity use by 99.95 percent.

“Ethereum recent upgrade just showed that phasing out from environmentally harmful protocols is actually feasible, without causing any disruption to the network,” Urtasun added.