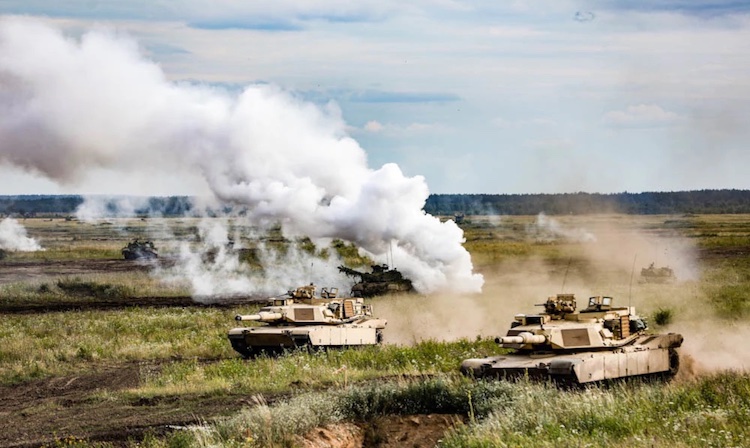 A recently published study shows that Bitcoin mining produces a tiny fraction of the carbon emissions coming from the world’s military-industrial complex, which pulls the carpet under the political 'environmentally justified attack' against Bitcoin.

Hass McCook wrote an interesting piece covering recent hot topic: bitcoin’s environmental aspect, and comparison to the military-industrial complex’s participation to environment, and laying out the case what is actually happening in this space.

Firstly, thank you kindly for clicking on my click-bait title — it’s trench warfare out here on the environmental, social and corporate governance (ESG) front at the moment, and comparisons are being thrown around left, right and center.

Nobody hates comparisons more than I do, but as long as long bows are being drawn, I reserve the right to pull the “muh military!” card. But first, we must understand how the military-industrial complex (MIC) is inextricably related to the legacy financial system, via the mothers of all legacy industries, oil and the petrodollar.

The MIC is more essential to the financial system than you may think. Obviously, I had my suspicions and the basic facts, but this piece for Bitcoin Magazine by Alex Gladstein, chief strategy officer of the Human Rights Foundation, really drove things home for me. Gladstein’s piece is a brief read, 6,500 words or so, and should be considered a mandatory minimum prerequisite reading for basically all Bitcoiners, certainly ones who are serious about getting into the ESG or human rights discussion.

If reading isn’t your thing, be sure to listen to the one hour deep-dive podcast. Even though I can’t summarize it for you, here’s the basic gestalt: The world financial system cannot exist without the petrodollar, which cannot exist without the backing of the United States government, and by extension, The United States Armed Forces, and by further extension, the rest of the world’s governments and armies. Therefore, if we wish to compare Bitcoin’s emissions to the “legacy financial system,” the military must be accounted for too, as well as its primary supporting industries. You could also argue that almost the entirety of public service (with the possible exception of healthcare) is also a mandatory cog in the financial machine, but that will be an article for another time.

This piece will aggregate the current literature on military emissions, as well as a summary of methodology and assumptions behind these numbers. I will then compare these numbers to Bitcoin.

While solid data only exists for the U.S., Europe and the U.K., they make up a dominant enough share of the world’s military industry and expenditure that global conclusions can be drawn. Dr Stuart Parkinson of The Scientists For Global Responsibility, an author of three of the abovementioned reports, concludes in one of them:

As at time of writing, The Cambridge University Centre For Alternative Finance estimates Bitcoin’s energy use to be 97.9 terawatt-hours (TWh), with total emissions of 44.1 million tons of carbon dioxide and carbon dioxide equivalents (MtCO2e), a measly approximate 0.09% of world’s 50,000 MtCO2e emissions, and over 55- to 65-times less than the MIC.