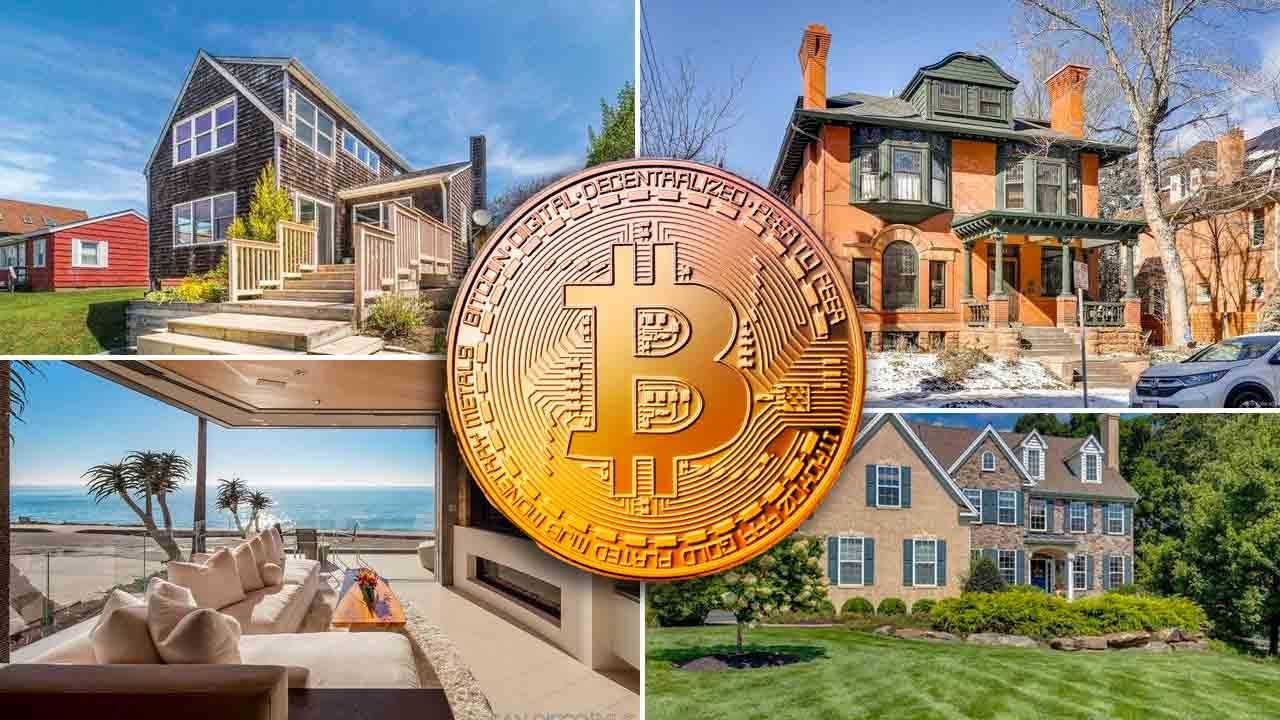 Last month, there were 71 listings that mentioned crypto or bitcoin in their descriptions on the real estate listing site. That's 14.3 listings per 100,000 homes, or the highest rate on record.

When real estate agent Whitney Pannell listed an investment home that she bought and renovated for $300,000, she added an unusual note to the description: "Sellers are accepting Bitcoin for this home."

“I’m a firm believer in bitcoin — I believe it will be the future,” said Pannell, who has been investing seriously in the digital coin since 2019 with her husband, Rick. She had heard of properties in California selling for bitcoin years ago, but not in her home market of Lexington, Kentucky. “I figured somebody will do it, why not us?”

She's not alone. More sellers — albeit still a small segment — are trying to get in on bitcoin and cryptocurrency through the hot housing market, according to Realtor.com data provided to Yahoo Money.

Last month, there were 71 listings that mentioned crypto or bitcoin in their descriptions on the real estate listing site. That's 14.3 listings per 100,000 homes, the highest rate on record, according to the data.

The previous high occurred in March 2018, during cryptocurrency’s last peak in popularity and prices. At that point, Realtor.com saw 12.7 listings per 100,000 homes.

“If the cryptocurrency market can get a firmer foothold and grow confidence from the general public, we may see a wider adoption of home sellers accepting cryptocurrencies as payment,” Nicolas Bedo, an economic research analyst at Realtor.com, told Yahoo Money.

Bitcoin has surged more than 500% in the past year, from less than $10,000 to the current price of almost $60,000. The cryptocurrency now has a market value of more than $1 trillion, according to CoinMarketCap.com.

Other digital tokens, including ethereum, Binance coin, and Dogecoin have also rallied as investors pile into the sector, pushing the value of the more than 6,000 crypto coins past a total of $2.25 trillion.

At the same time, home values increased 12% year over year in February, the highest annual gain recorded by the S&P CoreLogic Case-Shiller national home price index since February 2006 — or two months shy of the last peak in housing.

Raul Chavez of 800buykwik.com agrees and is instructing his real estate agents to note in listings that cryptocurrency is accepted. Chavez has been a house flipper in California — an investor who buys homes, fixes them up, and quickly resells them — since 2000.

Lately, he’s also been investing in bitcoin and ethereum.

“I feel in the long run, bitcoin will have the higher opportunity,” Chavez, who seriously got into the crypto market in April of last year, told Yahoo Money. “Yes, it’s more volatile, but 10 years from now, this is where the world is headed.”

His only problem is finding new homes to buy and flip for crypto in a housing market suffering from inventory shortages. The number of homes for sale at the end of March hit 1.07 million units, down 28.2% from a year ago and near historic lows, according to the National Association of Realtors.

“It's definitely a very hot housing market,” he said.

Potentially too hot to hold out for bitcoin buyers: Both listings that Chavez and Pannell put up are under contract to buyers offering run-of-the-mill U.S. dollars.

“No bitcoin offers, but we did sell it after multiple offers over the asking price,” Pannell said. “We’re not at the point that we’ll turn away all cash.”