Assistant District Attorney Thomas Binger holds Kyle Rittenhouse's gun as he gives the state's closing argument in the trial at the Kenosha County Courthouse. Binger Dangerously Pointing An AR15 At The Audience Inside Courtroom Of Kyle Rittenhouse Trial.

The prosecutor sought to diminish some of the actions committed by Joseph Rosenbaum before his encounter with Rittenhouse, sarcastically intoning — “He tipped over a Porta-Potty, that had no one in it. He swung a chain.

He lit a metal garbage dumpster on fire. Oh, and there’s this empty wooden flatbed trailer that they pulled out in the middle of the road and they tipped it over to stop some BearCats, and they lit it on fire. Oh, and he said some bad words. He said the n-word. Tsk tsk Tsk,” as he mockingly wagged his finger.

This couldn’t have played well to the jury. And in a trial whereby the defendant is being accused of reckless actions, Binger committed his own while attempting to act out Rittenhouse’s actions with his rifle. With the recent accidental shooting on a movie set in New Mexico still fresh on our minds, Binger sweeps the courtroom spectator section with the weapon and incredulously breaks firearms handling safety rule number one — never place your finger on the trigger unless and until you have acquired a target you may have to neutralize.

Yet another example of those prosecuting gun crimes with little understanding of guns. Rittenhouse’s attorney, Mark Richards, rightly said the case “explodes in [Binger’s] face.” When prosecutors reflexively file impossible-to-prove charges in order to satisfy a mob, they almost always get manhandled in court.

The top charge here is first-degree intentional homicide, an overcharging not backed up by the facts. Witnesses and testimony have revealed that Rittenhouse only shot the three men after they were charging him, hitting with a skateboard or pointing a gun at him. 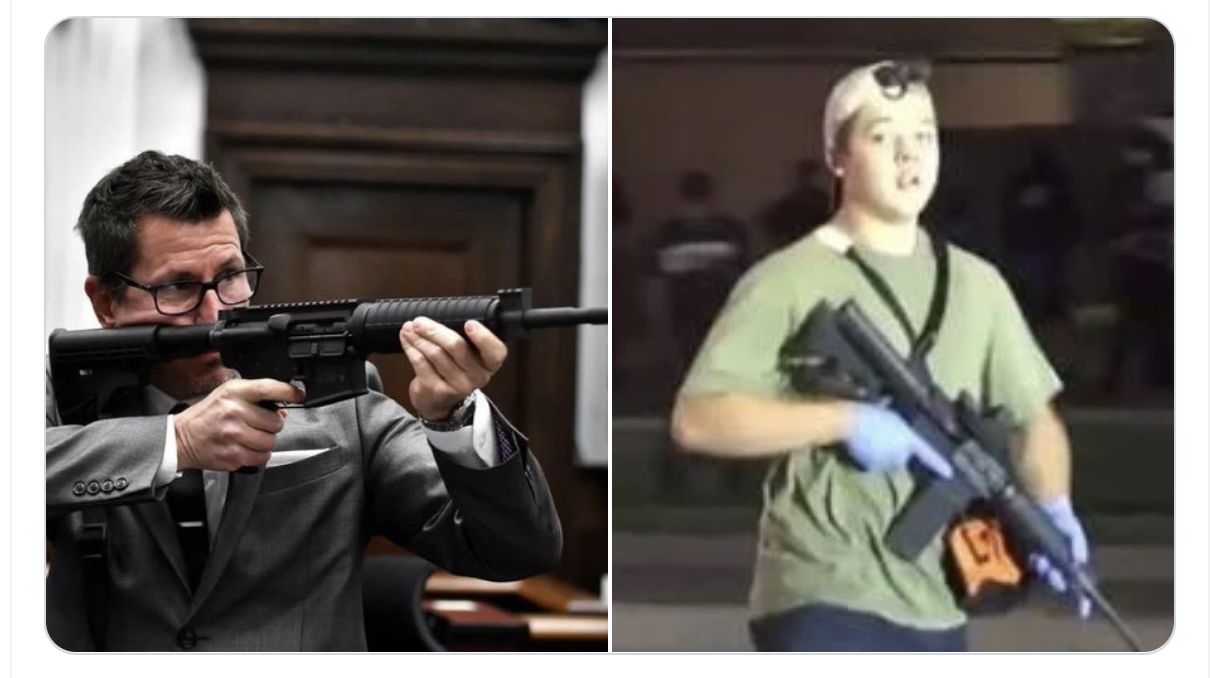 Why is that dudes finger in the trigger like that in a court room?!? We don’t need another Alec Baldwin event.