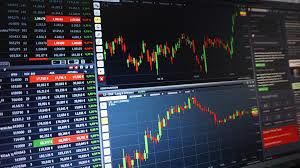 Binance Is Under Federal Investigation. Bitcoin, Coinbase, and the Crypto World Are Reeling.

The world’s largest cryptocurrency exchange, Binance Holdings, is under investigation by federal authorities for money laundering and tax evasion, according to a report in Bloomberg.
The news is sending another shock wave through the crypto market. Prices for Bitcoin (BTC) and other cryptos were already reeling from a tweet by Tesla (ticker: TSLA) CEO Elon Musk, who said that Tesla will no longer accept payments for its cars in Bitcoin.

Binance, which is incorporated in the Cayman Islands, is being investigated by the Justice Department and Internal Revenue Service. According to Bloomberg, “officials who probe money laundering and tax offenses have sought information from individuals with insight into Binance’s business.”

Binance says it has a “robust compliance program that incorporates anti-money-laundering principles and tools used by financial institutions to detect and address suspicious activity,” according to a statement emailed to Barron’s. Binance cooperates with law enforcement, the firm said, adding “we don’t comment on specific matters or inquiries.”

Regulators have long had concerns that cryptos are funding illegal activities such as money laundering or tax evasion. Hackers also appear to be trafficking in cryptos. The operators of the Colonial Pipeline paid Eastern European hackers a nearly $5 million ransom in an untraceable crypto after its pipeline was hacked, according to Bloomberg.

The scope of the Binance investigation isn’t known. But the market is interpreting it as the “start of a long-feared crackdown on the crypto space by the U.S. government,” according to BTIG analyst Mark Palmer.

Crypto exchanges have been hacked and accused of price manipulation, and regulators are working on a comprehensive set of rules to govern the exchanges and broader crypto trading markets.

Palmer, for one, views the dip in Coinbase’s stock as a buying opportunity. He points out that Coinbase, unlike decentralized exchanges, built its platform on a centralized model and has long cooperated with government regulators.

“We expect the Binance news to serve as a net positive for COIN as it seeks to grow its retail and institutional business and to increase its share of the world’s crypto assets on its platform, which stood at 11.3% as of March 31,” Palmer wrote in a note on Thursday.

He reiterated a Buy rating a $500 target on the stock.
#Elon Musk  #Tesla
Add Comment